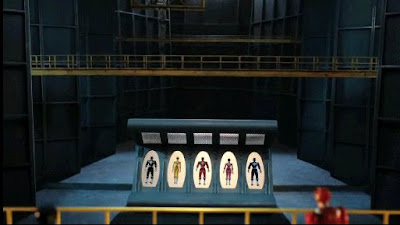 So it has finally happened, like Stewie Griffin has said, "He has gotten so massive, he has collapsed into himself like a neutron star." Yesterday, fans found a video for a Bandai America contest in Amazon with a new Black Ranger figure. Now, we got the confirmation. The rumor that Disney will be re-releasing or 're-mastering' the first season of MMPR on ABC when Power Rangers RPM ends has been confirmed to be true! Rumor is that Disney will re-edit it for FCC rules, meaning cutting out buildings exploding and some violence. No Pink Spandex reports that Disney is obligated to leave the music where it was, the link is here. So Bulk & Skull's famous background tune might not be the same. According to Businesswire, "Including action figures, vehicles, Megazords and role-play items aligned with the Mighty Morphin Power Rangers TV series premiering Saturday mornings January, 2010 on ABC Kids; the highly anticipated toys will begin to arrive at retail by the end of this year." Paul Schrier (Bulk) even has a quote in the link above and the video contest is also mentioned in detail. 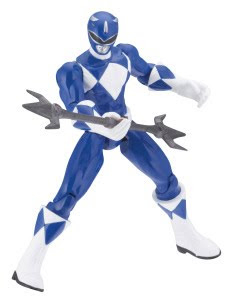 It is unknown if it will only be the first season or only the first 60 episodes, I guess we will all find out together. Now why would Disney do this? I think because MMPR is the most universally known brand of Power Rangers and to crash in with nostalgia (older fans to buy it for their kids or themselves). Also introduce the season that started it all to a new generation. 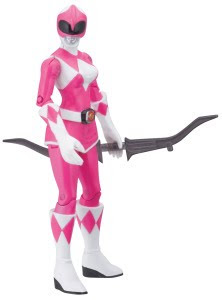 Will we get two Pink Rangers? One in this line and another for Super Legends (Because there was a poll on Bandai America.com and fans voted for her and Bandai America promised it for Fall 2010)? As you can see the diamond is larger in the center than the diamonds on the Green and White Rangers in the Super Legends chase figures. And she finally has a skirt! Will the Yellow Ranger get a skirt? Guess not, good--show accurate all the way. Might we finally get a Rita Repulsa figure and Green Ranger's Power Morpher?! 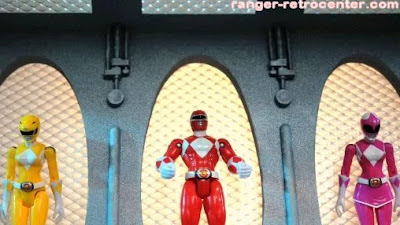 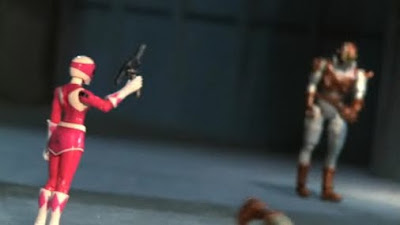 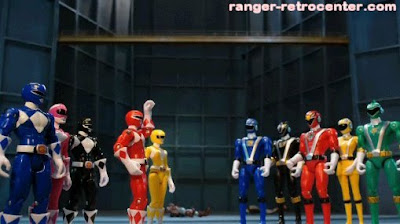 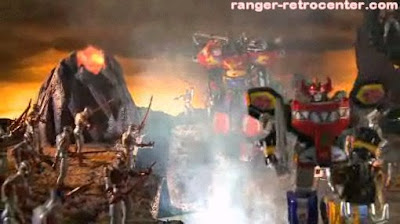 Related Topic: Black MMPR Figure in Bandai Contest Video 2009 | Toylines that continue after the show has ended | The Future of the Power Rangers 3: Clarifications
Posted by Lavender Ranger at 6:37 PM

You know, when I was waiting for my dad to come after play practice at 6:00, I just thought to myself "something's going to be awesome on Henshin Grid".

And then, this. Awesome.

AND I WANT THE FREAKING PINK RANGER!!!! SHE WAS MISSING FROM MY ARMS ALL OF MY LIFE AND NOW I CAN HAVE HER!!!!!

Great...the Red Ranger looks like he's on steroids. It's those unrealistic looks that keeps me from collecting many action figures.

for the show... is it gonna be a total remake?