No Opening Credits change! No Ziggy! 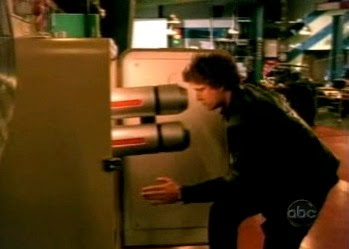 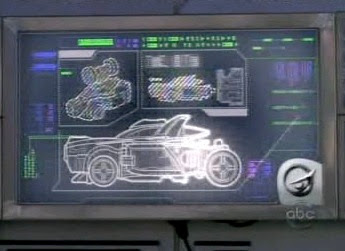 Summary:
Dillon and Scott are fixing their cars and competing on which one is best when they can't hear Dr. K's call for Dillon, so Summer tries telling them. Venjix sends a new monster and is not so thrilled with Tenaya and wants to destroy her, so he sends Grinders on her, which she totally wastes. Dr. K wants to test Dillon's invincibility shield but it is not working, they keep testing and testing to the point that he takes a break in the break room, opens the refrigerator to find a canon pointed at him. The golden general is 'destroyed' or just damaged. Scott's father informs them of Grinders entering their city. Dillon is about to take his car but Flynn informs him that he is changing the tires so Scott takes him. The Rangers race to where the Grinders are and each of them morph. 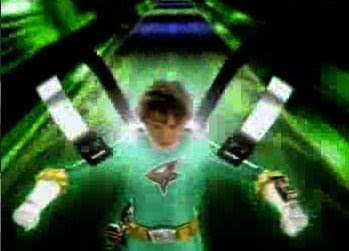 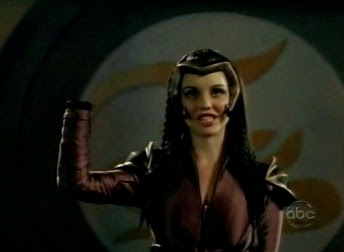 Black fight/teases with Tenaya. The Rangers blast Tenaya with their three-weapon blaster. The fight is over and Green still is fighting.. with air. Tenaya leaves them a little something under one of the cars and leaves. The gang returns to the base and Dillon questions Dr. K, having enough of her and asks if anyone knows who she really is. Scott gets mad at Dillon. She swears she wants to destroy Venjix. She returns to the base and she reveals to Venjix (who really does sound like Zordon) that she left her hand. The hand closes up the door and they can't go out. The hand claws up into Scott's shirt and the others try to hit it. Dillon jumps off the stairs and hand tackles him. The four Rangers excluding Dillon morph. The four fight the hand on the pool table (silly as it sounds). 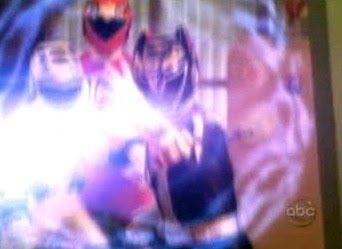 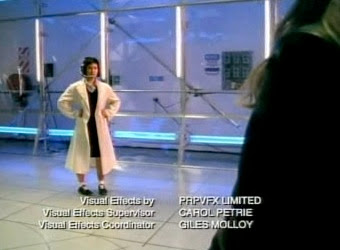 Dillon morphs and tries the invincibility shield. Tenaya is about to set a bomb or blow up the place, so they destroy the hand with the cannon from the refrigerator. Tenaya has failed again and instead General Crunch gets scrapped for saying how Venjix's new bot will be defeated. The trio destroy the bot and Venjix makes it bigger. The Megazord is called but Drones are deployed, so Dillon and Ziggy call their Zords and fight off the drones. The bot is destroyed and Venjix is mad once again. Back at base, Flynn congrats Ziggy and Dillon on their zord work. Dillon apologizes to Dr. K. She says she has something to reveal... her true identity, which most of us knew if we saw the YouTube trailer or went to PRC (my friend Mike left the pic of her true identity on her description). The Rangers are shocked and she asks if they thought she was taller. 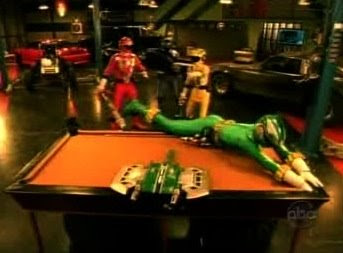 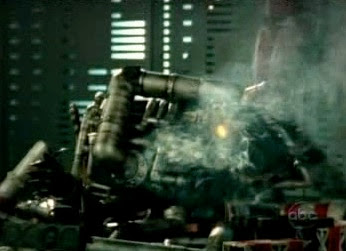 Comments:
The Simpsons writers in their DVDs say that the best payback in writing is when you payback a joke, and that's what they did here with the cannon in a refrigerator. A very jam-packed episode, and used very little of the Japanese footage. And why only test Dillon and not Ziggy? Anyhoo, nice Tenaya episode but not so crazy about the hand sequence.
This episode will be released in the first volume DVD on July 7th in America. And since YouTube and Blogger is most concerned about American copyright, I can not keep this episode online while it is avaliable for sale because of copyright and they will delete my account.
Posted by Lavender Ranger at 5:55 AM