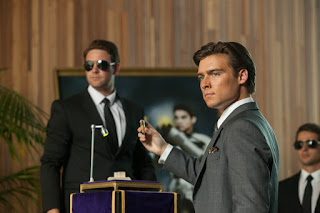 Summary:
Sledge is mad at Fury that the Pteracharge Megazord is loosing power and wants a solution. Back at the museum, Kendall is doing a presentation on the stone of Zandar, continuing the story Riley started last time about Sir Ivan finding the gold energem. He and a young prince get attack by a monster in a coat. The prince got knocked out but kept the gemstone. Ivan and the monster disappeared afterwards. Men in suits arrive and Koda sees them in a tree. Chase wants the exhibit to be over so they can lock up the gem. The lead man has them 'collect the treasures.' He introduces himself as Prince Philip the third, the real one and calls out Tyler and Shelby as impostors. Koda says no disrespect, Philip disrespects him but Koda diverts it. 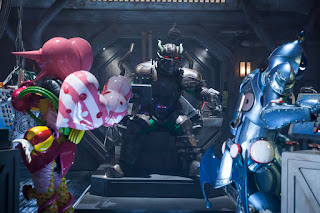 They leave. Shelby wonders what they can do. Viviks and space ships follow the royal caravan. Ships attack and shoot fire, the caravan stop in a location, the men run out to fight Fury, Poisandra, Curio, Wrench and Viviks. Philip and Fury meet. Koda tackles Fury down and fights him. The others arrive and fight Viviks. Philip watches them fight. Chase shoots Viviks with his morpher and Riley fights them with his sword. Koda protects the prince and uses a hubcap to deflect an attack. Koda and Philip roll down a hill and run to safety in the forest. Koda sniffs around. Phillip asks why he would risk his life. Koda says people have goodness inside, even mean princes. Fury takes the energem. Philip thinks about the monster who attack Ivan, it turns out Fury was the monster that attacked Ivan and Prince Colin (the kid). 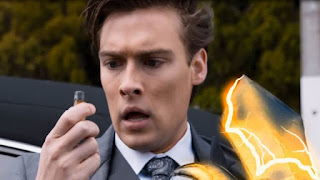 The others attack Fury and he leaes, they help Philip and Koda. Kendall says Fury called the Pteracharge. She has a dino charger to help Tyler's zord, Tyler leaves. The Rangers run off. The bad guys look through the treasures. Philip watches the Rangers morph. Fury calls Pterazord. T-Rex and Tyler arrive and make the zord retreat. He puts the Dino Stretch Charger in T-Rex, to stretch his neck and take out the Pterazord. The five pose. They fight the bad guys. Shelby gives Riley her drill. Fury and Red fight. Green fights Curio and Poisandra. Koda fights the two blue monsters. Fury attacks Red. Red returns the favor with T-Rex smash. The gold energem glows and the gold energy tries coming out of him. Tyler thinks it is his dad. The man escape and there is an explosion, that de-morphs the Rangers and knocks Fury down. 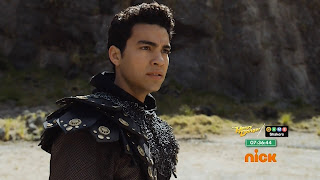 Tyler runs to the figure and finds he is Sir Ivan and is shocked he is not his dad. He presents himself. Philip says this is impossible. Ivan has the gold energem and he calls the Gold Ptera Morpher and trasnforms into the Gold Ranger. The Rangers are shocked. He shoots down and fights Viviks. He clals the Pterasaber to fight Poisandra and Curio, burning them out. Wrench tries fighting him but is quickly dispatched. He fights the Blue monsters. The blue monsters are made big, Gold Ranger goes in the Ptercharge Megazord good and enters the cockpit and fights the two blue monsters. He destroys him. They all greet the Gold Ranger. He bows to Philip, he knows the bloodline. Ivan was captured for 800 years. The Rangers show their Energem. Chase explains the Energem story. Philip gives back the Energem, Ivan nods. Philip lives in his caravan, he says he is humbled by Koda. Ivan leaves, saying he wants to see the world. Sheby wants to talk, Chase tells her to give space. 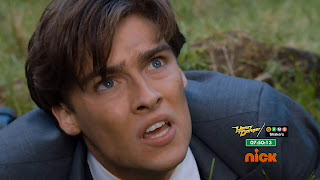 Review:
Good ep. I like Philip, not sure about Ivan's British accent, not sure if he really is British. Philip is from New Zealand and tries a British accent, it doesn't sound quite right either. I guess because they figure kids can't tell the difference (sometimes they can't). I don't like how Tyler was still convinced it was his dad, even after Ivan was clearly in Knight garb. I have to wonder where the treasure of Zandar were before and why Philip and the royal family didn't have it before. For people who do not know, the actor who plays Philip was an extra with one line in Megaforce.
Posted by Lavender Ranger at 8:34 AM