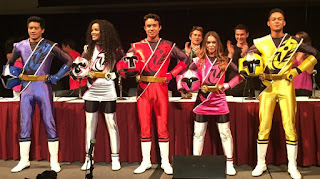 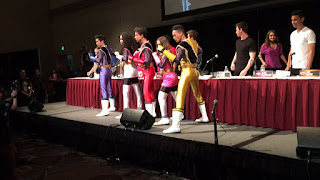 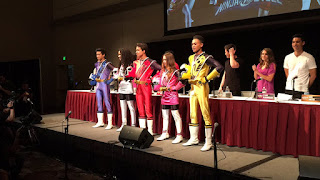 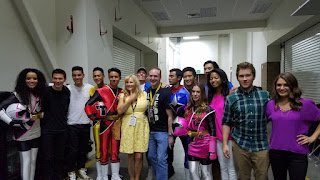 I saw it live on Facebook via the Power Rangers and wow, the feels when Yoshi found out his brother was the new Blue Ranger. I have to give kudos to the casting directors for choosing two African-American Rangers in the same cast as it was an unspoken taboo before. I mean, we have so many white faces in the casts, why not more than one black? I'm an elementary school teacher and plenty of times black kids have said to me they don't like being the only kid. Now you might say, that is awfully young to feel like that but that's just how it is. It is the reality. I've always told them the color of skin shouldn't matter. It's nice to see more variety.
Posted by Lavender Ranger at 3:29 PM