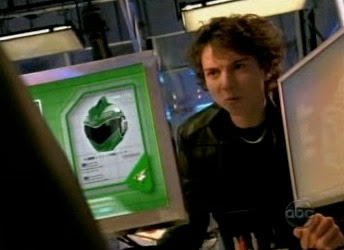 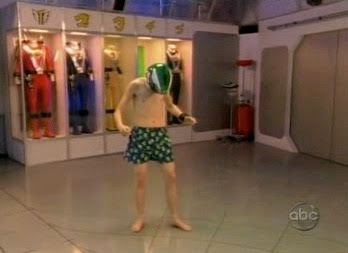 Episode Summary:
Ziggy thought Dr. K was a dude and now she is testing him and he fails his first test... teleportation, uh-oh they are messing with teleportation too? No need to worry, it seems to be a X-men like teleportation where you can't really figure where you gonna end up unless you train. So he fails and Dr. K figures it is not the first time... we are delightfully shown two others times Ziggy has failed a test.... a driver's test and the test to be part of the Scorpion Cartel mafia. Dr. K is upset at Ziggy and doesn't like him, which he finds out when he tries to plead his case to stay a Ranger. So a new bot has infiltrated the city, which didn't seem to happen often until the two new Rangers entered the city. The four rangers are in trouble against the magnet-pulling monster and need Ziggy to teleport. 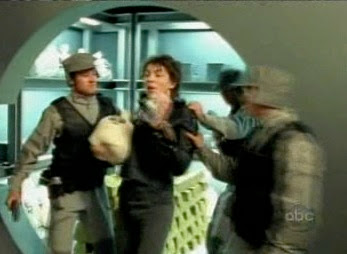 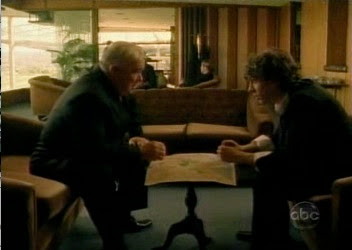 Ziggy teleports and has disappeared. He reappears un-transformed and in a strange dark place... the bank and is accused by officers. He ends up in prison, with Scott's dad, Summer, and Dillon interview him. Scott's dad has found out he came in with the Scorpion Cartel, we are given a flashback where we get a mini Jungle Fury crossover where they come out of the Jungle Karma Pizza. We find out he was to get money out of an orphanage/clinic, where kids have the 'gamma sickness.' So what made all the criminals upset? Ziggy had to drive a truck with pretty valuable cargo and according to the mobster, they say Ziggy stole it and was greedy. Dr. K wants to take the morpher from Ziggy because he won't tell them. Meanwhile, Flynn and Scott are unfortunate enough to find themselves in a junk yard with the Magnet-bot. 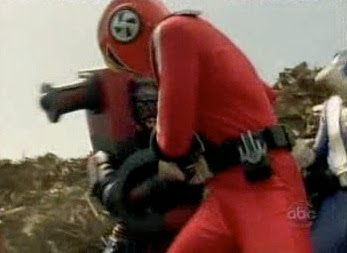 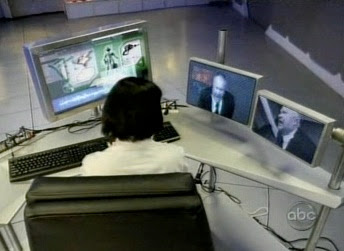 Dillon and Summer have to go but Dillon is worried about Ziggy, Scott's dad says he will take care of it. They arrive, only to be beaten and un-morphed. Meanwhile, Ziggy gets a meal and is in trouble with the mafia. The unmorphed Rangers fight Grinders while the monster tries hot-wiring the gate to the city. The four morph again and Benny (who used to work with Ziggy) tries to talk to Dr. K when she is busy. She says she never goes outside. She lets him, grudgingly so. The Rangers fight the attack bot and the Grinders. The three Rangers destroy him with their combined blaster and he grows and the Megazord is formed. Benny tells Dr. K they are going to 'make an example' of Ziggy for 'what he did.' 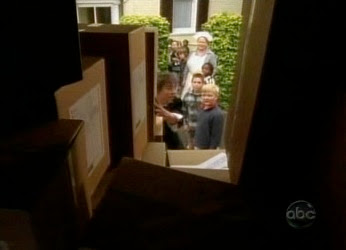 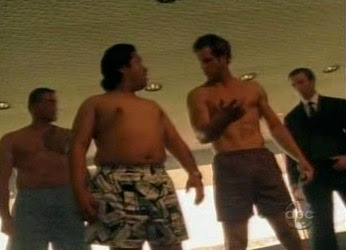 The truth is he got a flat tire and what was in the truck was medical supplies and he brought it to the sick kids with gamma sickness of course. Benny vouches for Ziggy. He is the one that helped him out of the city. We are shown a flashback of Ziggy and Dillon outside in the desert. Then we are shown Ziggy (not in jail anymore) being ambushed by most of the 'men' that were involved with the robbery. He asked Ziggy why he did what he did and he said he would do ti again. He is about to gotten beat up when Dr. K comes in a white coat and that experimental laser she didn't let anyone else use. The gangsters scoff at her but Ziggy ducks for cover and she blasts it at some selected men and a pudgy out of shape guy and one in-shape hot guy and a guy with a huge tattoo become shirtless. She blows them away. 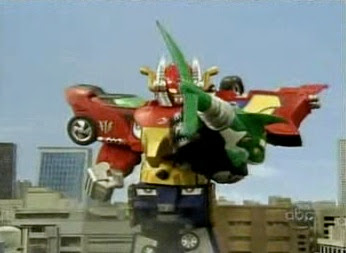 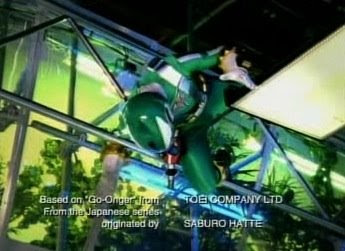 Everyone runs for cover. Bob asks her what she wants and she says she wants Ziggy, at that moment he has bread in his mouth. She sighs. Dillon is surprised when he is told by Ziggy in a military fashion that he is coming in. Black and Green save the Megazord and Ziggy asks to join in the Megazord, Red and Yellow welcome him but Flynn says that it clashes with the primary color motif of the Megazord. Anyway, they take care of the villain. Back at the base, Ziggy believes him and Dr. K are friends. Dr. K says he is only a piece of equipment to her. He tries teleporting once again and Mr. heart of gold gets telported to the ceiling fence-y grate thingy. 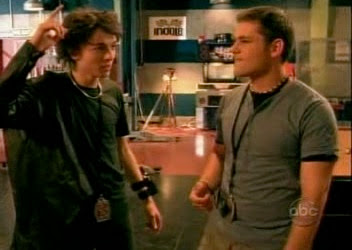 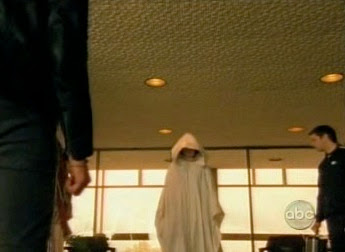 Review:
Great episode! What makes this episode is the flashbacks. This is definitely a Ziggy and Dr. K episode. And Ziggy back in prison is always a good. Also, the return of the Scorpion Cartel mafia! As for the opening, we finally get the Green Ranger but for some reason, Flynn's video on his cast card has been changed, I miss when he laughs! It was so cute!

Posted by Lavender Ranger at 5:36 AM

So, this is only my wildest guess- but I noticed the card change on Flynn also. I thought it could be the while the smile makes him look INCREDIBLY cute, it also show an awkward feminine quality. And good 'ole Disney to the rescue, had to get rid of that a fast as humanly possible.