I saw it on NBC but I don't have HD so I missed a couple of them, including the female Red Samurai Ranger LAUREN! They didn't have the White Ranger, they replaced him with LAUREN! So awesome! They had even 20 Red Rangers. 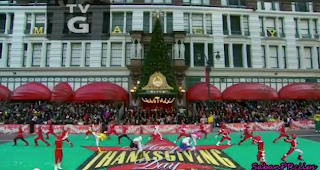 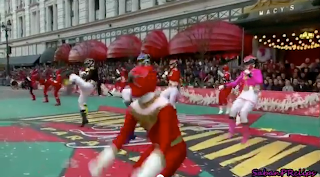 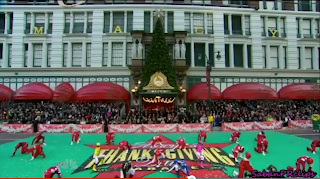 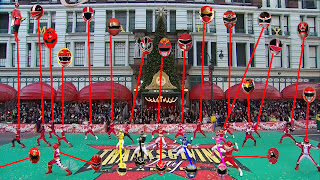 Took me a while but I did this. Let me now if I got any wrong. Zeo and Dino Thunder did a flip and switched places during the performance. I didn't personally see Mystic Force but I saw a red foot and arm moving around on the corner of the screen so it had to him. 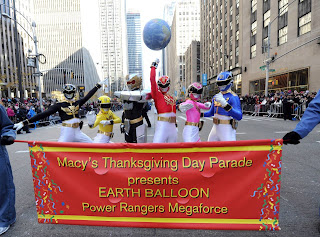 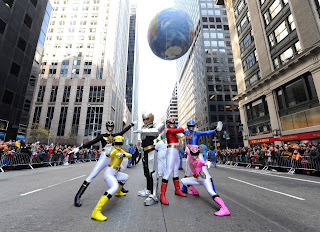 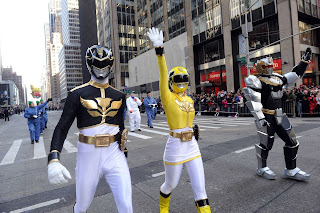 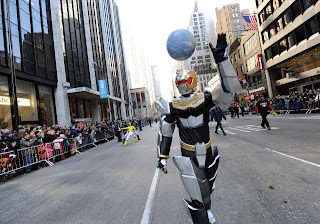 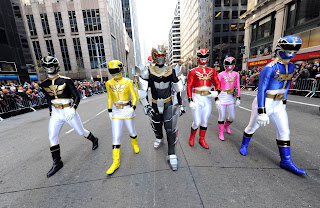 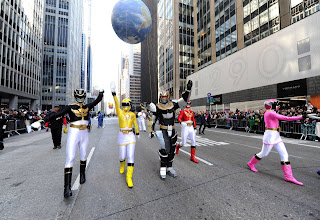 Eh, Robo Knight? Wow, he wasn't spotted on the televised version but apparently he was in the parade. This is a surprise they made a meet-and-greet version of the costume, he doesn't look too 'dumb down' but it doesn't look quite as bulky or shiny as the costume we know from the show. 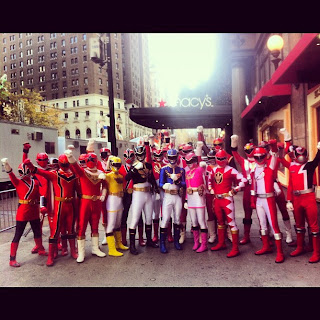 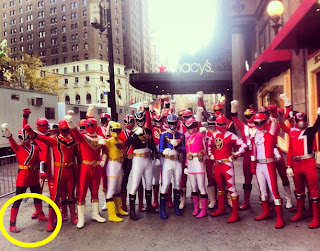 Notice Lauren's boots, they looked damaged and are missing the black stripe. 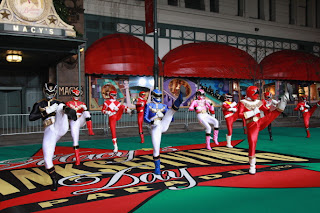 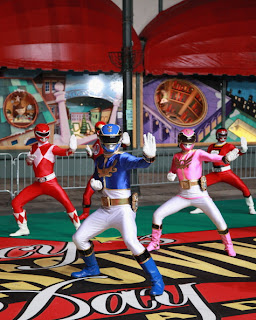 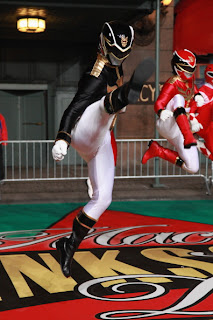 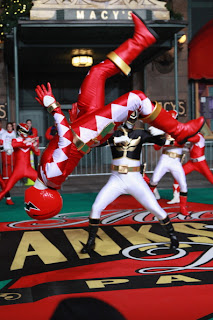 Time Force suit without belt and with Megaforce helmet. 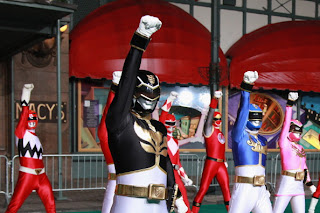 Posted by Lavender Ranger at 11:07 AM

Don't know why they felt the need to include White in the first place when Quantum and FemRed make it an even 20.

lol at MysticRed getting cut off by the camera...

Spoilers, that's why. Lauren hadn't been revealed at the time.