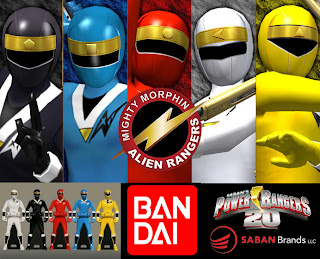 The Power Rangers are having their 20th anniversary now in 2013. The Aquitar Rangers were from the 10-episode mini saga "Mighty Morphin Alien Rangers" in 1995. They are often ignored except for Saban Brands including the Red Aquitar Ranger with the 20 Red Rangers. The goal of this petition is for them not to be forgotten in anniversary merchandise. They were forgotten in the 15th anniversary merchandise and seem to not be included with past rangers in the sound effects for the Gosei Morpher. The goal is for them to be Ranger Keys, which should be released next year. 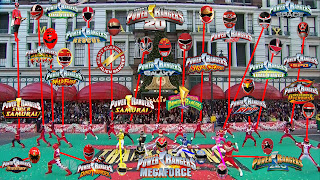 The Red Aquitar Ranger has been included part of the 20 Red Rangers for the Licensing Expo, Power Morphicon 3, and Macy's Thanksgiving Parade and other public events. 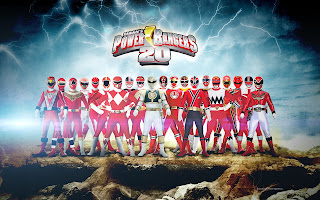 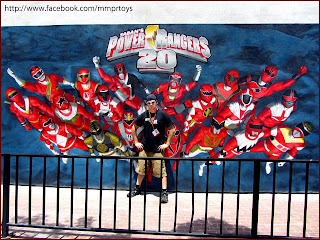 And included in a wall mural. Fellow Power Force member Bruno above.

Alien Rangers figures were released once and that was it. So Saban Brands does seem aware of the Aquitar Rangers but Bandai have ignored them after their arrival. An example, as part of Power Force--SB wanted us to help with some of the trivia. They gave us seasons and the Aquitar Rangers were included in that. The goal would be Bandai not Saban Brands. 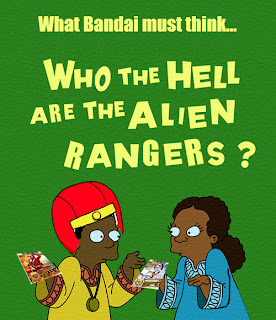 I was inspired by Futurama, where Kwanzaa Bot passes out a book called "What the hell is Kwanzaa?"

I hope that the Aquitar Rangers will appear in the 20th anniversary toyline because they remain an important part of Power Rangers as they were the last group of Rangers to appear in Mighty Morphin Power Rangers, having a major role in the miniseries and were recurring characters in Zeo.