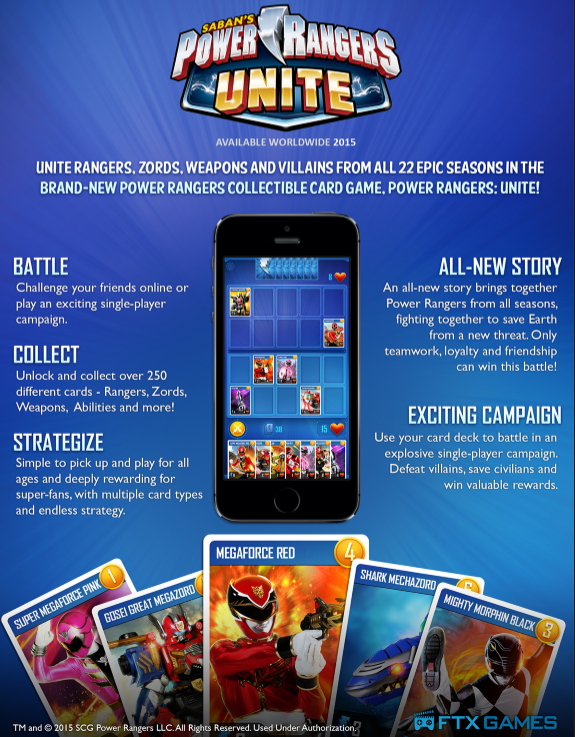 Power Rangers: Unite! is a game created by the games company Funtacix and Saban Brands. It will combine characters and content from every season of the Power Rangers franchise. Funtactix has given us an exclusive first look at the game, which is set to hit mobile devices in early 2015. Power Rangers: Unite will offer a brand new storyline to players, which will see Rangers from all 22 seasons of the television show team up to fight a new enemy named Nerodark. Players will collect and trade Rangers, villains, Zords and weapons in a card battle experience, which aims to provide entertainment for the franchise’s multiple generations of fans.
﻿
Posted by Lavender Ranger at 4:26 PM

Why can't I get this game for my Kindle Fire HD? Also, why is it that the best Power Rangers game's are for PC and App's while consul and handheld players get nothing but crap since 2007?