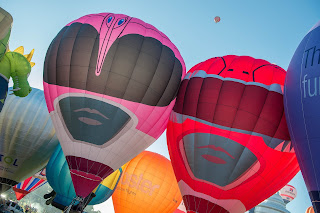 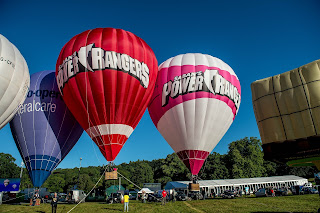 “The Bristol International Balloon Fiesta is a weekend of non-stop family fun, which is a perfect fit for Saban’s Power Rangers brand,” said Gustavo Antonioni, Managing Director, Consumer Products EMEA at Saban Brands. “TheMighty Morphin Power Rangers are a pop-culture phenomenon and fans of all ages loved seeing the larger-than-life Red and Pink Ranger balloons flying high in the sky.” 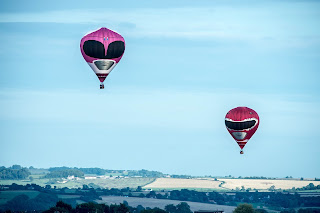 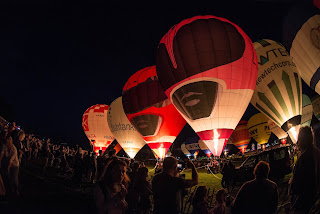 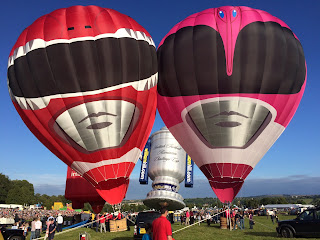 Posted by Lavender Ranger at 6:49 PM

The Bristol Balloon Fiesta is always a spectacular event with lots to see and do. The highlight of course, are the balloon accents, Night Glow and fireworks, all of which were amazing this year.This year we were lucky to have some pretty good weather in Bristol which drew huge crowds. I've found it's good to get here a couple of hours before the balloon accent otherwise you might have difficulty getting in or finding a nice spot to sit. There's always plenty going on though so you won't find yourself just sitting around. There are a good selection of food stalls to grab a bite from, some, as you'd expect are pretty expensive so I find it's best to bring your own food and drink along.The only problems I had this year were getting out of Ashton Court Estate, with huge crowds funnel-ling through one gate whilst other exits around the estate remained locked for some unknown reason.