Whenever there are Amazon or EntertainmentEarth listings for new Lighting Collection figures, there is a code. Fans try to find out what the new figure will be. There are always rumors and I usually do not post rumors. But since the majority have been true (like Time Force Red, Ranger Slayer, MM Yellow, MM Blue, Blue Zeo, etc.). So here are the newest rumors: 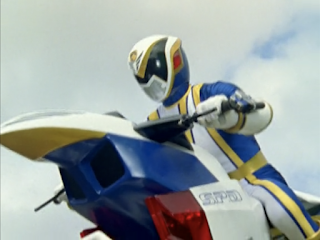 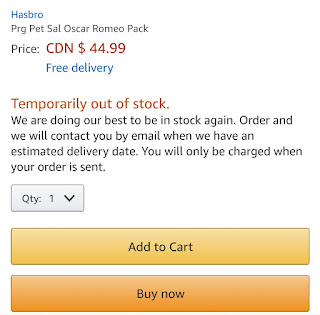 This is said to be SPD Omega Ranger with his Uniforce Cycle. This would be the first figue to come with a vehicle.

UPDATED 6/26/20
Box art has been revealed for all five
I couldn't find any pics of listing but there is also a rumor of a Psycho Ranger team pack saying there will be four. Many fans have guessed what figures they will be. Red has already been released with Leo Red Galaxy Ranger. Blue Pyscho Ranger was released too. Green Psycho Ranger will be released by Hasbro Pulse. I would wish they would be Black, Yellow, Pink, and Silver. That would be the ideal. Thinking in the old Bandai way, they might re-package an old figure like Red, Green or Blue. I would really love if Pink would have the Savage Sword and many fans have felt the same too.
UPDATED 7/10/20 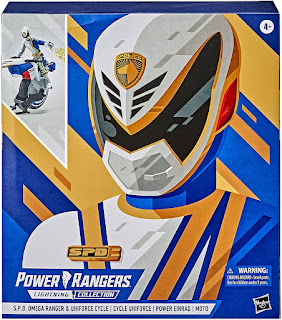 It has been revealed that there indeed will be an Omega Ranger and his cycle. 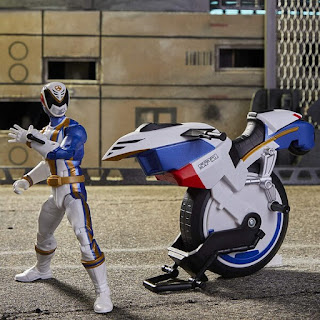 Posted by Lavender Ranger at 12:23 PM