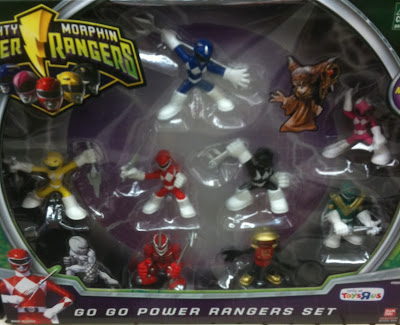 There are these figure sets, two each, the six Rangers released with Lord Zedd and Alpha. Alpha comes with Blue Ranger and Lord Zedd comes with the Pink Ranger. Many have complained on how Lord Zedd has been available in two sets already but no Rita. And Rita Repulsa is the lead villain of the first season which is airing and Lord Zedd is not even seen! But Toys R Us has a special set box that has all eight figures, including two stickers on the plastic of a Putty and Rita Repulsa. So with this sticker, many fans see this as a middle finger, a tease tat we will never get a Rita figure. I think it is a tease that we will. But shouldn't it be the other way around? Shouldn't Rita be the regular figure and Lord Zedd as the surprise bonus. Maybe toy shops don't want a female villain in this day and age and rather like Lord Zedd better as a villain because he is male. Maybe they think Rita won't sell. But, uh-ho, they will! Boy golly they would! 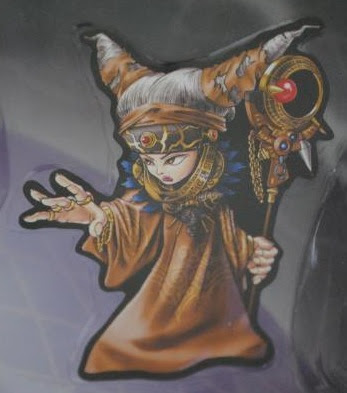 Posted by Lavender Ranger at 1:00 PM

The local Toys R Us here in Winnipeg (at least the one near my apartment) sells NO Power Rangers stuff. I think they're all at the Dizney store here.

I think there should be a rita because she was in it before zedd.