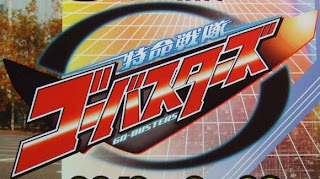 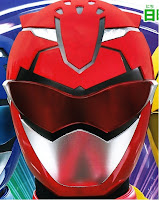 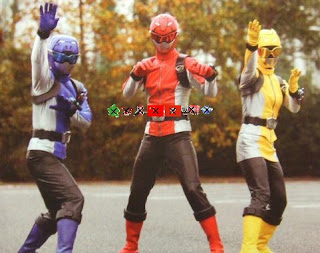 STORY:
The Go-Busters. 3 Heroes, and their 3 Partners, the BuddyRoids. Their "Mission"- Protect the Earth, as only they can, a battle for their fate tinged with "Special Mission" begins! The stages for their battle are the Earth, and another world that looks just like Japan. Events that happened 13 years ago are where the story starts. 13 years ago, a Bug-like Program was created accidentally, and began to run wild on the Energy Management Office's Main Computer. Somehow, the building is transported to another dimension. As a by-product of the battle, man obtains the mysterious energy known as "Vaam".

13 years later. In the present time, Vaam has become an indispensable energy source. The bug program, from another dimension, once again begins its invasion of Earth. 3 children who escaped from the Energy Management office building 13 years ago appear. Acting together with their BuddyRoids, they have obtained specific abilties beyond what normal humans can do! They are the Tokumei Sentai Go-Busters! 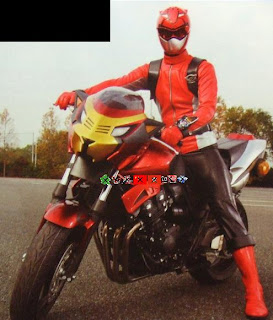 RedBuster:
Able to teleport. Legs have been empowered with unbelievable speed. Makes Chida Nikku his partner.

Chida Nikku:
Cheetah-type mecha. Positive thinker, and though a robot, has no sense of direction. Acts like an older brother to RedBuster. Able to transform into a motorcycle for RedBuster to ride into battle (where his face becomes the handle and meter.) When fighting in robot mode, Nikku can also use his rear wheels as handheld weapons. 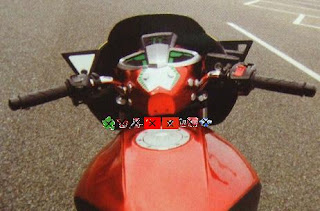 Buster Gear:
Equipment the Go-Busters use to go into battle, and conduct espionage. The Go-Busters suits also carry the spy motif (glasses and shoulder straps.) Indeed one of the themes of Tokumei Sentai Go-Busters is Spy Action. The first Super Sentai, Goranger, had the spy game as a main component, and in a way, Go-Busters marks the "first new sentai series." 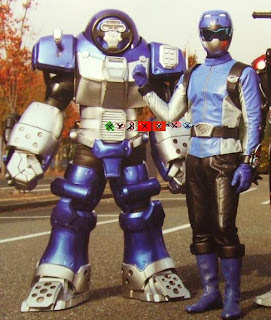 BlueBuster:
The fated youth who gained awesome physical strength. Eldest of the Go-Busters. Makes Gorisaki Banana into his partner.

Gorisaki Banana:
Gorilla-type mecha. Faint hearted character who falls easy, and apologizes immediately for it. Always worried about BlueBuster. Acts as a mechanic in the base. 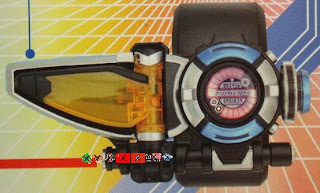 Morphin Brace:
Transformation item which is equipped on the left arm. By calling out "Let's Morphin!", transformation is activated. 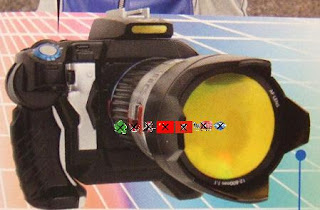 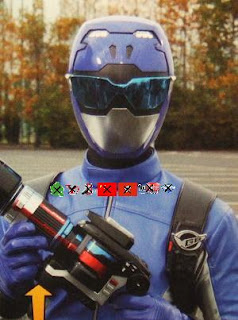 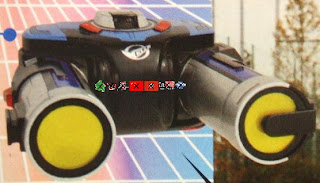 Sougan Blade:
Binoculars that transform into a sword, short range battle weapon. Has a special function in Binocular mode. 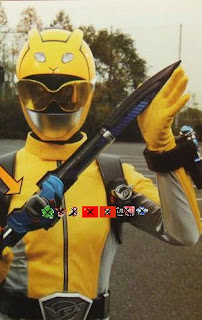 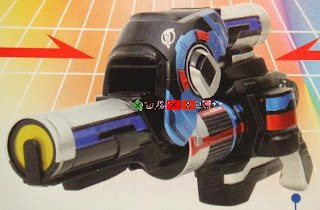 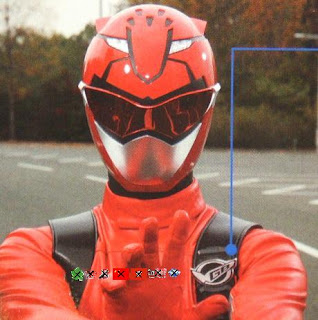 Transpod:
Buster Gear equipped to the Shoulder Strap of the Go-Busters' suits. Has the Go-Busters' mark. Transmission equipment which transports different items and weapons. (As from the toys, we also know it's a communicator/voice changer.) 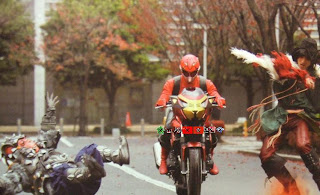 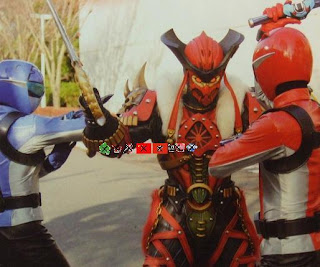 The toy heads become cockpits for the figures.
Posted by Lavender Ranger at 8:51 PM