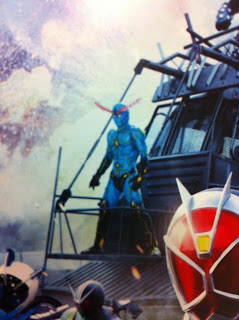 Inazuman is a fictional character created by Shotaro Ishinomori. First appearing in the tokusatsu series of the same name, the mutant superhero has gone on to appear in manga and anime. 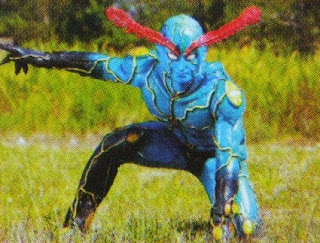 Following Akumaizer 3and Grandain and Skydain in being re-designed old forgotten characters from Shotaro Ishinomori, Inazuman will be in the Kamen Rider Movie Taisen Ultimatum. 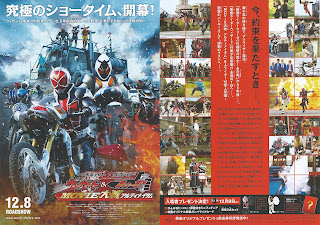 It will premiere in theaters in December 8th. 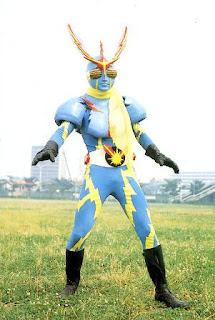 The Tokusatsu series aired from October 2, 1973 to March 26, 1974 for 25 episodes and Inazuman Flash aired from April 9, 1974 to September 24, 1974 for 23 episodes. In the manga adaptation by creator Shotaro Ishinomori, Goro Watari is a junior high school student named Saburo Kazeda. 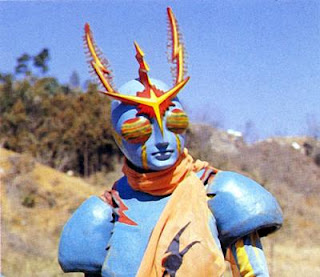 In the first Tokusatsu series, Inazuman was college student Goro Watari, a mutant. He lost his mother as a child and had other dark moments in his childhood but when the Neo-Human Empire Phantom Army begins its attacks on mankind with its Phantom Soldiers and Mutan Robots, he puts his psionic powers to the test.

Posted by Lavender Ranger at 6:24 PM