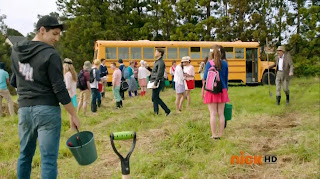 Summary:
The Rangers go on a field trip to a big field to look for specimens and stuff for Mr. Hurley's class. Jake as always is eager to be with Gia but can't. Hurley then bumps himself with a rake after saying to be observant. Malkor orders Vrak to convince mutants to go after the Rangers. Noah and Emma spot an old chemical plant and see that toxic sludge keep seeping into the water. 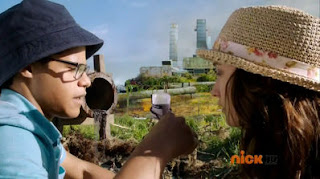 The teens spot a big foot footprint and the field trip is over. Hurley says it is Big Foot, Jake doesn't believe it. Noah checks the sludge in his lab, Troy is concerned about the footprint. Bluefur and Bigs are an underground cave and plan to stop the humans, as revenge for the sludge. Vrak make them an offer. Bluefur is going to call a mutant to help. Back with the teens, Gia isn't there so Jake heads to find him. 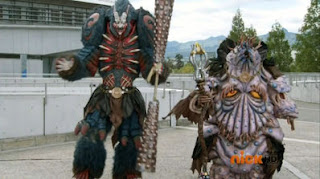 Jake meets Gia at the lockers and are about to go to Ernie's together when they get called by Gosei. The five head to the city where Tensou sent them the coordinates. The mutant appears and faces the team. Bluefur and Bigs appear. Bluefur makes a footprint and the gang figure out the print was him. Bigs blames them for the toxins and destroy their environment. The MotD attacks them and Blue fights him individually. Yellow and Black get Bluefur and Red and Pink fight the blobby Bigs. 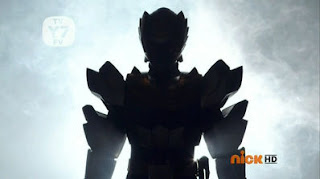 The five are gathered up and toxic waste is poured on them and they fall before the three mutants. A ball of light lands in a tunnel and Robo Knight walks towards them and presents himself. Troy recognizes his logo on his head.  Malkor demands to know about Robo Knight from Vrak and demands he is destroyed. The Rangers power up and take the sludge off. They fight the two generals. Robo Knight takes down the monster. Troy summons the Sky Brother zords and the five do a special sky attack. Bigs and Bluefur leave to be recharged. 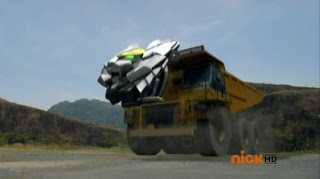 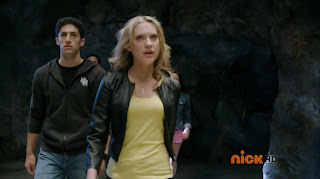 The Rangers run to him unmorphed and ask who he is. Noah says "You are a Robot Ranger and a zord." Troy extends his hand to welcome him and he just passes him. Later, the mutants and Vrak talk about destroying Robo Knight. Tensou runs around the command center saying "New Ranger New Ranger." Gia is mad and asks Gosei. Gosei says he created Robo Knight to protect the Earth, he gave them admirable qualities. The Earth itself woke him up. He says he might have lost some of his memor, not remembering Gosei created him or the Rangers. Gosei says their challenge is to win him over, he has to ﻿ 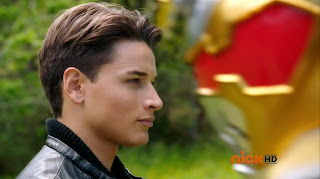 Review:
First I was bothered by the voice. With the echo-filled filter, I thought he sounded like Blue Senturion. But I have gotten used to his voice now. I feel the Rangers should had been in the base longer, they haven't been spending a lot of them there. I do like that Gia, Noah and Tensou all had to reinforce that Robo Knight was a sixth ranger, albeit a robot ranger. It was an entertaining episode but the backstory and exposition was sloppier than anything in Samurai. ﻿
Posted by Lavender Ranger at 1:34 PM

I didn't like how Malkor told Vrak to get the mutants to go after the rangers. It makes Malkor just look like a lazy bum. I don't like Malkor at all. Give him SOMETHING to do or make him angrier or something. On the flip side, I have to disagree with the explaination part. I love Gosei's explaination about Robo Knight. It makes perfect sense to me and it also matches with the footage without copying from Goseiger directly. I saw nothing wrong with that and honestly, Samurai couldn't fail as far as storyline because it was an exact retailing of Shinkenger so I don't see your argument there.