UPDATED 7/13/13 9AM EST
These were accumulated by two questionnaires and various polls on here Henshin Grid and my own opinions. Not everyone will agree with these, I know. This is inspired by IGN's Top 25 Mighty Morphin Power Rangers episodes.

79. Burning at Both Ends (PRDT)
Not mentioned a lot but one of my favorite episodes of Dino Thunders, it has a great balance of comedy and drama, also changing Power Rangers conventions. Trent, now completely overwhelmed by the evil influence of his Dino Gem, joins forces with Mesogog. After tricking the Rangers into believing he has reformed, he presents them with brand new Dino ATV's as a gift of goodwill, but Tommy discovers his trick. 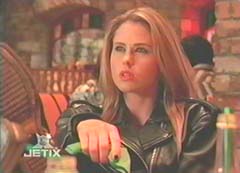 75. Bad to the Bone (Jungle Fury)
In a underrated episode, Lily changes from sweet good girl to a 'bad girl' because of a monster but she kicks butt in this episode and also includes the RJ-werewolf.

72. The Thunder Strangers Part 1, 2 & 3 (Ninja Storm)
The Thunder Rangers reveal themselves and their zords and cycles that they stole info from Cam's Tsunami Cycles. They have teamed with Lothor and think Sensei is responsible for their adoptive parents' death but in reality, it was Lothor.

70. Ryan's Destiny (Lightspeed Rescue)
On a mission to discover who he is, the awesome Titanium Ranger leaves the team but then discovers who he really is... is a hero. 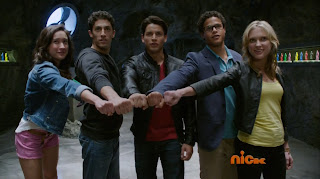 67. Mega Mission (Megaforce)
There is only two Megaforce episodes in this list since only 9 episodes has aired at this time. I am sure some more would be cherished by fans soon enough. Even though some fans criticize the use of some "Day of the Dumpster" dialogue and situations, the episode does a good job of establishing the characters and the writing for the season.

Destined for Greatness was from PRLG, not PRLR. That was the 16th episode of PRLG when Mike become the Magna Defender