What IF there was a Scene It Power Rangers?? 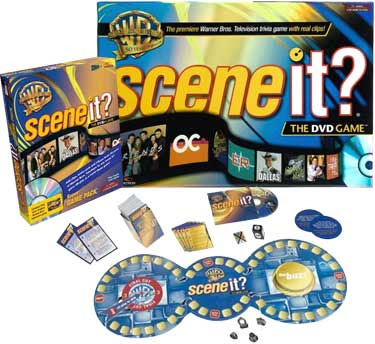 I love the board game of Scene It?, it can be played on console system or DVD. It is a trivia game, there are four game pieces, trivia cards, buzz cards (could be bad or good) and the DVD. You roll the two dice, one with numbers and another you get either 'All Play,' 'My Play' or one of three Trivia things that are in the cards. All Play and My Play are on the DVD, you get a different category randomly. There has been Star Wars, Simpsons (which I have), Harry Potter, Star Trek and Disney Scene It? games. I think one that is large and big franchise of diverse information would be Power Rangers. There should be a Power Rangers Scene It? ! 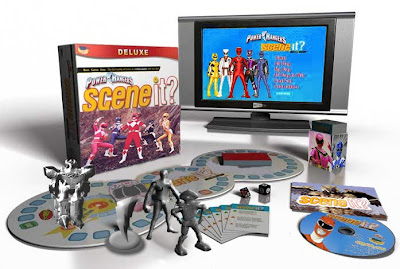 I slapped this together. It would cover all 18 seasons or how many there are when made. It would have four pieces: Megazord, Putty, Alpha, and the Lightning Bolt. I thought of what was iconic and not having Rangers since they have to be four pieces, not five and it wouldn't be fair. The Simpsons used a slushie, blinkie, a tv and the nuclear power plant. Anyhoo, I think it would be cool, there is plenty to choose from: MMPR, Zeo, Turbo, In Space, Lost Galaxy, Lightspeed Rescue, Time Force, Wild Force, Ninja Storm, Dino Thunder, SPD, Mystic Force, Overdrive, Jungle Fury, RPM, and Samurai. 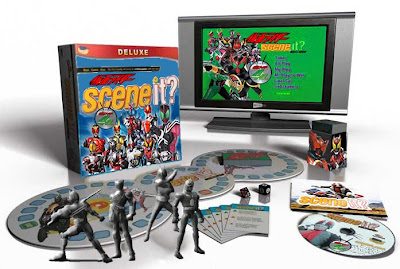 Just for the heck of it, I made a Kamen Rider one. And if you can't tell, I chose for the four players: Kamen Rider Decade, OOO, the original and Black RX.
Posted by Lavender Ranger at 1:41 PM

It would be cool... except that I don't know any PR fans in the rel al life...

I wonder what other toku shows would make good Scene It's.

kamen rider an how did you do that photoshop

Anonymous, I used Fireworks to be honest, it is from Macromedia, it is an old program, I dont have photoshop for mac. I just distorted the images, that means to put them at angles. And the silver ones, just made them monochrome and beveled them.

So you want me to do a Kamen Rider image?