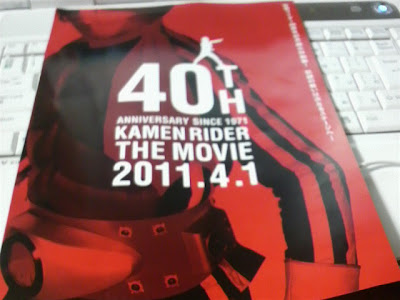 For those who don't know, Kamen Rider started April 3, 1971, so practically forty years later the 40th Anniversary Kamen Rider The Movie will be released April 1, 2011. 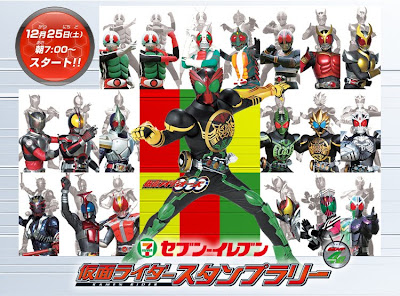 http://all-rider.jp/
It seems there will be a tie in to 7 Eleven in Japan for the 40th anniversary. 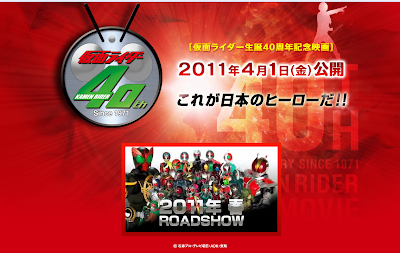 There will be a roadshow in 2011 for the anniversary. 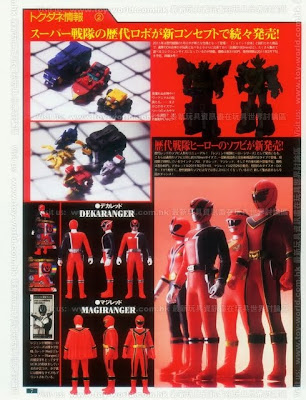 As for Goukaiger, four Soft vinyl figures will be re-released of past reds, such as Shinken Red, Deka Red, Magi Red, and Gao Red. They are also from series that there will be Goukai Machines released first (Deka-the PatStriker, Magi-the MagiDragon, Gao- Gao Lion and Shinkenger still to be releaved). It is said that these are the most popular series. I know Shinkenger was popular (evident by the short sequel special), Sentai producer Hideaki Tsukada said if a sequel of any Sentai series would be made it would be Dekaranger, Mystic Force was not popular in America but it was said Magiranger was, and last I heard Gaoranger wasn't that popular--but probably added because it was the 25th anniversary (so then why not Boukenger? Maybe saved for later). Oh and also small simple versions of Engine Oh and Gao King will be released. 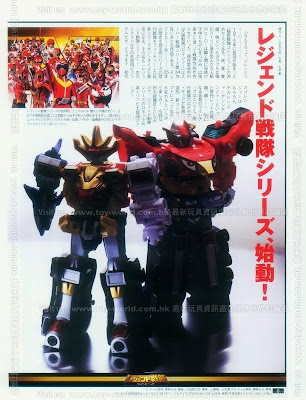 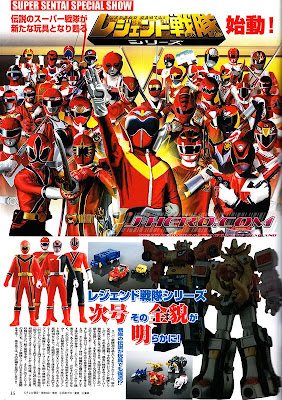 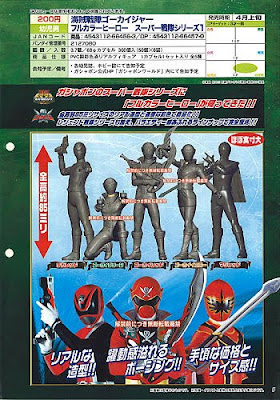 Legends and Gokai gashapon incoming.
Posted by Lavender Ranger at 2:24 AM

Is it possible that GaoRed is the more popular anniversary year hero compared to BoukenRed?