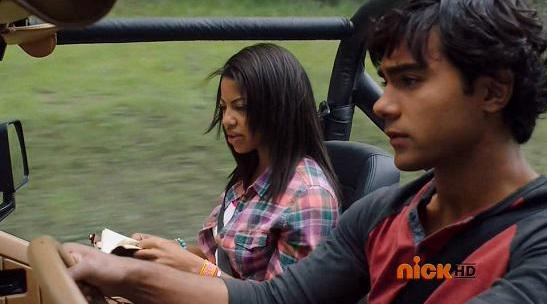 Summary:
At a farm, a young man named Matt comes on his horse to ask is brother Riley for help feeding the pigs. Riley is practicing some sword fencing. He chases his dog Rubik into the forest and fights Fury, inadvertently uncovering the Green Energem. It bonds with Riley as he pulls out the Dino Blade. Later, he says goodbye to his brother and mother as he goes on his motorbike to the museum for the summer.  Tyler and Sadie pick him up as his motorbike breaks down. They save a man get out of bneath a car that flipped over and leaking gas. Their Energems help them and as it is lifted it the air, the car explodes. They head off to the loading dock of the museum. 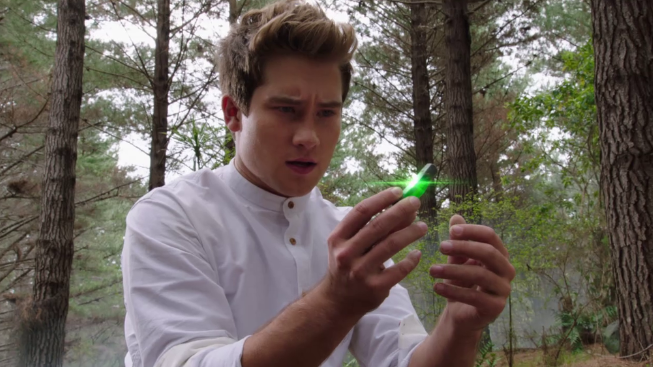 Tyler is amazed to look at a dinosaur head and accidently opens a doorway and falls in. Riley and Sadie follow. They enter a headquarter and their gems are capture in a power source base for the Dino Chargers. Keeper introduces himself and does expository dialogue. Koda, Chase and Ms. Morgan arrive. Morgan tells Riley and Tyler they the gems were wise to pick them. She doesn't know why the gem picked Shelby, not liking she is a waitress. Koda and Chase show their Energems, that they are Power Rangers. Tyler and Riley are for it when they hear of an attack. 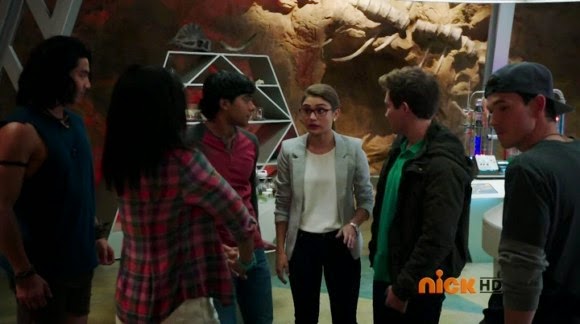 Keeper says the world needs Shelby's help, Ms. Morgan says this mission is too dangerous. Shelby says everyone is scared, boasting she knows more about dinosaurs than them. The others run off to a volcano without Red, who is stuck due to some lame MMPReque plot device. T-Rex Zord busts out of the Volcano. Tyler is amazed by it. It is heading for the city, Kendall gives Tyler the Dino Chargers--which use the powers of the Energems and need to be charged up. Ice Age and Viviks attack the city. Ice Age freezes T-Rex and Tyler unfreezes him, morphs and fights the Viviks. Red takes down the big Vivik Megazord and fights with Ice Age. 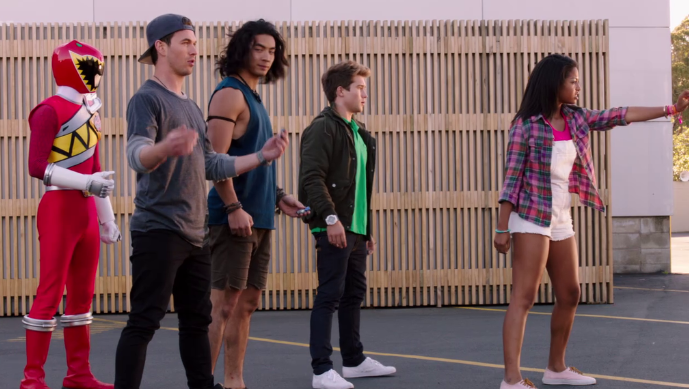 Koda says the monster is not Fury. The other four arrive and morph, which Shelby tries leading with but fails, getting some help from Koda. The Rangers morph and fight the Viviks. T-Rex takes down a Vivi-zord. Red puts a Charger in his morpher and does an attack with T-Rex and destroys Ice Age. Keeper can't believe something. The Rangers enter the headquarters. Riley wants to tell his brother about being a Power Ranger. Kendall tells them to keep it a secret. Chase tells Keeper that the monster was not Fury. Keeper explains it was from Sledge, that he has returned. We see Sledge's ship outside of Earth, he tells the monsters to quiet and wants to destroy the Rangers. 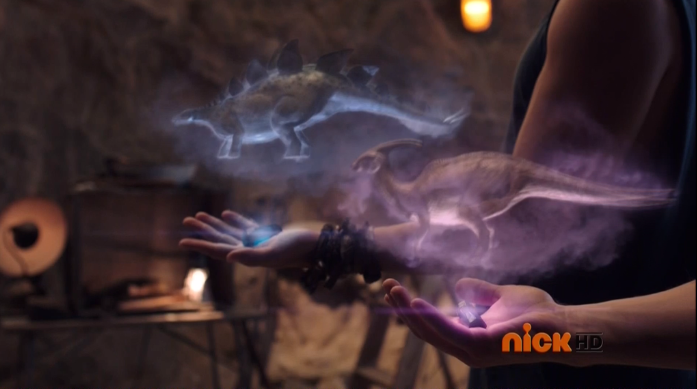 Review:
A good episode, it moves at a brisk pace, introduces Riley and establishes the team. It still doesn't explain Koda but hints at his origins. Some fans already pointed that Koda's broken English is like Racism over Asians but it doesn't come that way to me, he doesn't speak in an Asian accent. Also, it interesting at Dr. Kendall Morgan DOES have some female bias towards Shelby like Dr. K alluded to in RPM. Yes, it is more about station ("just a waitress") than anything else. I think that Dr. Morgan's prejudice towards her seems a bit too much. The episode is great but leaves me some questions. I suppose that because of Jonathan Tzachor's un-explaining, I am left scared. Lots of fans came to this season with high expectations, I did not. So I am pleasantly surprised but still a bit hesitant. Also, kudos to the production team for re-shooting the Chargers with English text.
Pictures thanks to:
http://awesomedl.ru/power-rangers-dino-charge-season-22-episode-2-past-present-and-fusion/
Posted by Lavender Ranger at 2:30 PM