UPDATED 10/12/15
It looks like Bandai is taking a page from Mighty Morphin and having more "Evil Space Aliens" toys. At the New York Toy Fair 2015, there are five monster pics so far. Also high villains like Sledge, Fury, Wrench and Curio. Poisondara, Sledge's girlfriend was not spotted. Pictures to the left from TokuNation, pictures from the right from super-sentai.net.﻿ 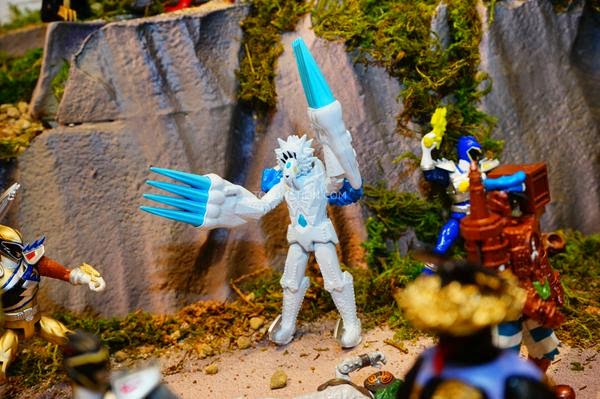 Ice Age (called Ice Monster) from the first and second episodes. He looks more white than anything. He later appears in Episode 36. along with a couple other of these guys so that episode might be adapted as well. He also appeared in the Violet Arc of Episodes 21-24. Info thanks to fan Thomas. 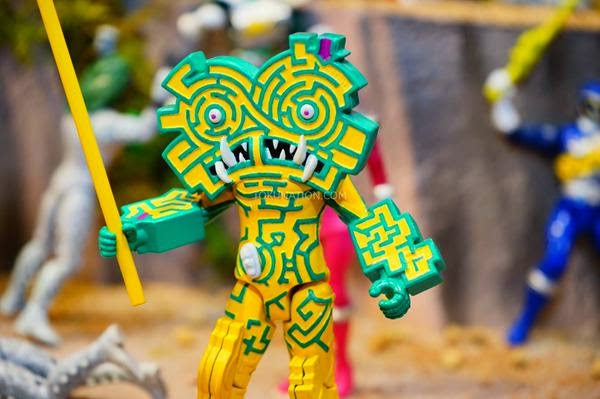 ﻿
Puzzler was part of the monsters in Sledge's prison. His name was Kokodoko in Kyoryuger. He looks very accurate.
﻿ 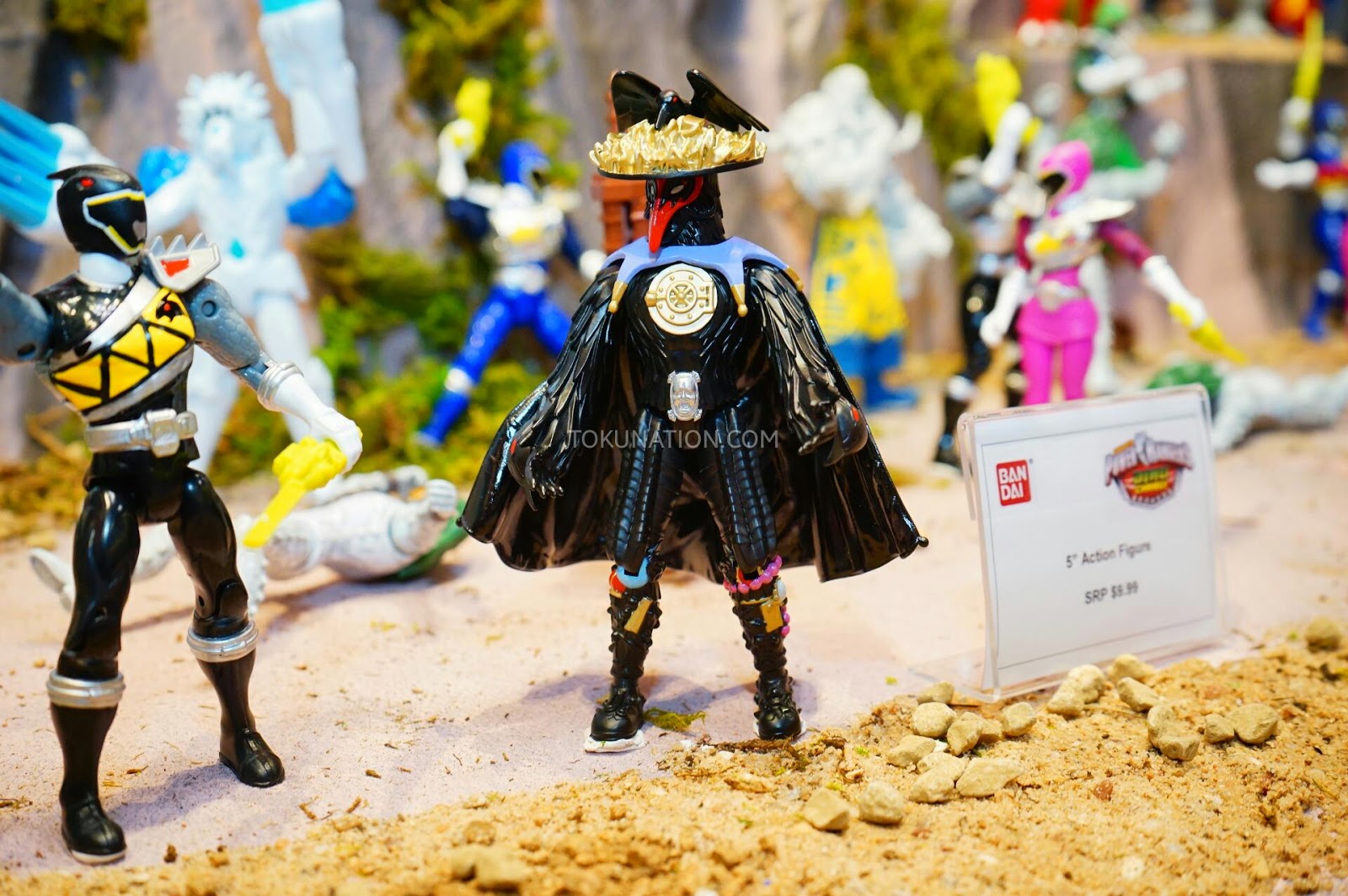 SpellBinder was in a Black Ranger focus episode so cool they had Black Ranger next to him. He was part of the monsters in Sledge's prison. His name in Japan was Doronboss. He looks accurate enough. 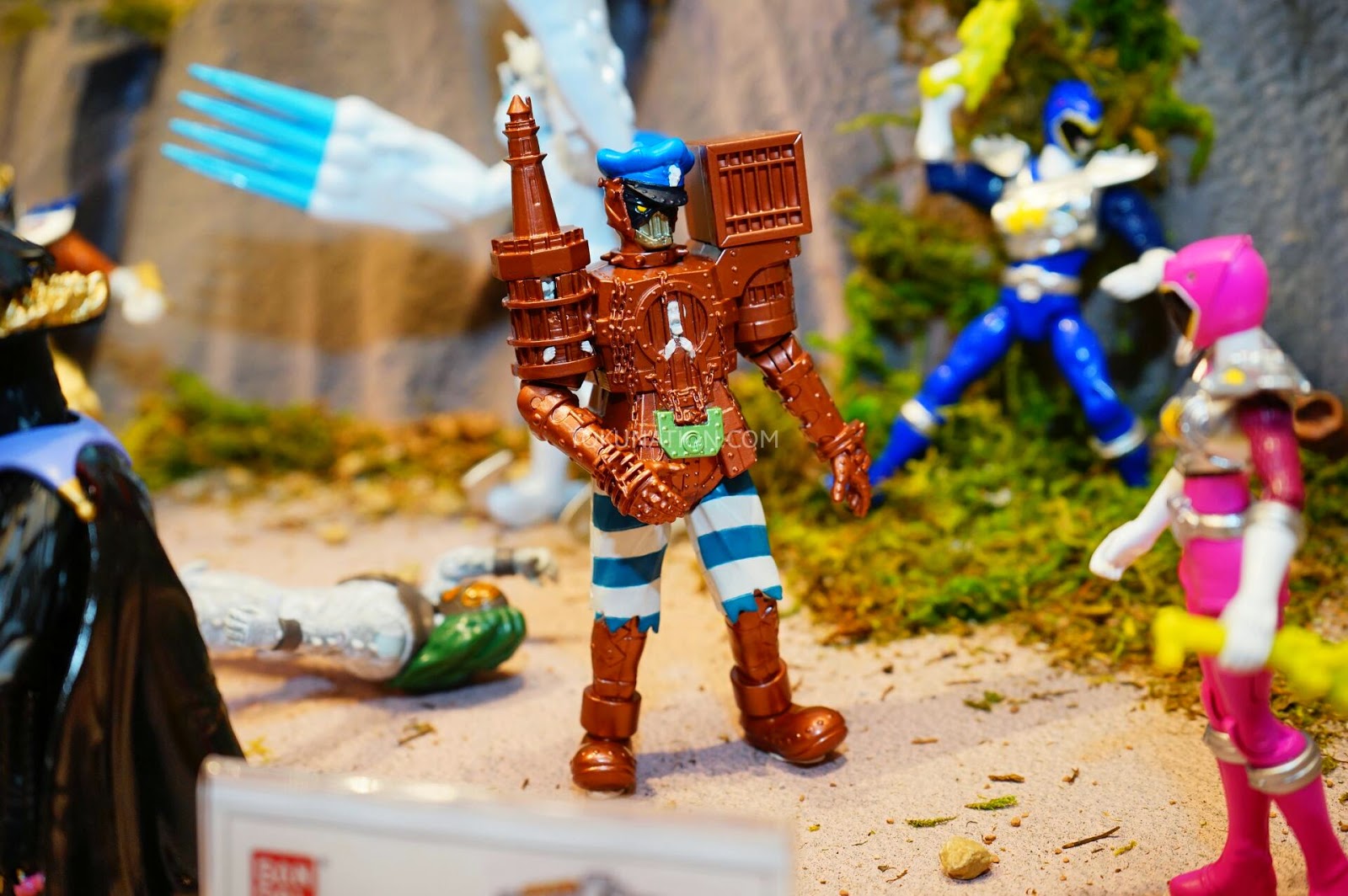 Royaroya in Japan. Slammer was in Sledge's prison. His toy looks more satisfying color-wise than the real monster. It was a Green focus episode but they had Pink in front of it. 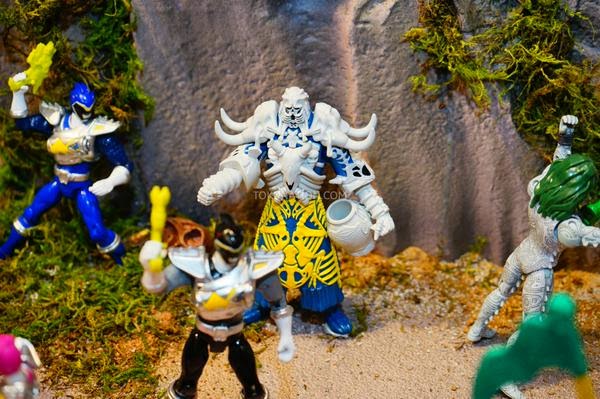 He was in Episode 11 of Kyoryuger, he is a monster that is further along in the episodes. He was defeated by KyoryuGold and Pink. His name is Honenuki in Kyoryuger and Bones in Power Rangers. He looks more accurate. He later appears in Episode 36 of Kyoryuger. along with a couple other of these guys so that episode might be adapted as well. Info thanks to fan Thomas.

- Iceage also played a big role in the Violet arc from Braves 21-24.

- Interestingly, based on existing episode descriptions, Royaroya's ep (while Green-focused in Japan and implied to be Pink-focused here) actually will probably be a Blue-focus ep.

- Gold debuted in Brave 10, so Honenuki is a post-Gold monster (in fact, Gold and Pink destroy him together).

Thomas, thanks for the correction, I'll change it when i can