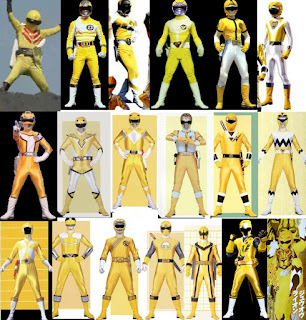 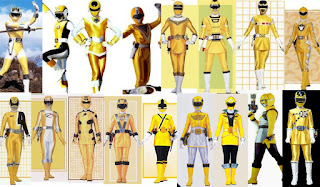 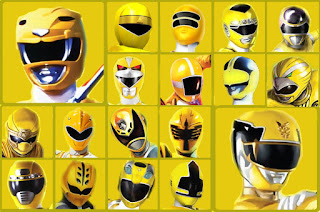 In Power Rangers, there has been 20 official Rangers. 5 male Rangers from Sentai were turned female in Power Rangers (Mighty Morphin, Lost Galaxy, Lightspeed, Time Force and Wild Force). With Super Megaforce, we saw Dairanger as Legendary Squadron, Flashman as Supersonic and Maskman as Blitz (or Lightning). Since Kirinranger of Dairanger was male but female Yellow Super Megaforce Ranger became that ranger, we only saw the Legendary Squadron Yellow Ranger as female. We technically did not see the Yellow Prism Ranger (Flashman) on the show but we know she exists. 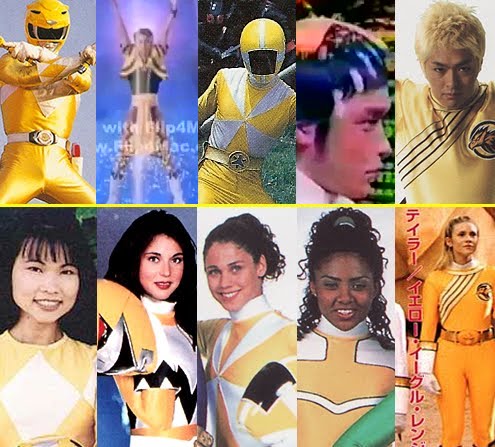 And if you count Battle Cossack as a Yellow, then there have been 37 Yellows in Sentai, with 20 males and 17 females.

I don't count it, it's orange, do you count toq6gou as yellow?

The reason I consider Battle Cossack to be yellow is because yellow (or gold) is part of the Soviet flag, and it's a more "traditional" color for the core Rangers as opposed to orange. Yes, I'm well aware that his costume is more orangey than yellow, but that's the way I view it, and I'm sure I'm not the only one that does so.

And for the record, I DO consider Tokkyu Rokugo to be an Orange Ranger, since he's a Sixth Ranger.

regardless the flag, look at Miss America, she has pink and our Amrican flag has no pink.

True, but Pink is still a core Sentai color, unlike Orange.

Look, I consider him Yellow, and you obviously don't. Let's just agree to disagree, okay?