I'm not talking about the secondary Megazord like Super Zeo Megazord, Rescue Megazord (Turbo), and Omega Megazord (Lightspeed) that were multicolored. I'm talking about the last one which can be one color but not belonging to one particular Ranger (most of the time Red) or it could belong to one. Like it could be of 5 Rangers like MagiLegend/Manticore Megazord but one solid color. It could belong to one Ranger like Gigant Bragi-Oh or a power-up like MaxOhJa/Mezadon Megazord or Lion Ha-Oh. 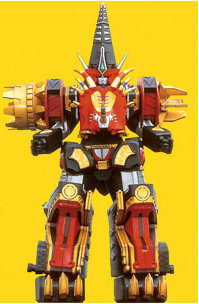 MaxOhJa/Mezadon Megazord
In Abaranger and Dino Thunder, it was red and black. It belongs to power-up of Red: AbareMax and Triassic Ranger. 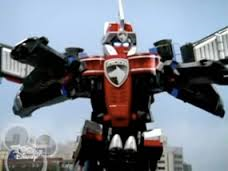 DekaWingRobo/Swat Megazord
Made of five zords for an upgrade, mostly black with some red, blue and silver. 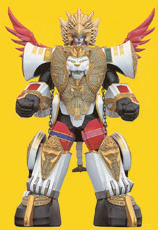 MagiLegend/Manticore Megazord
Made up of Five Rangers and two 'Zords' but as mostly white. 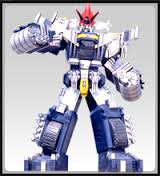 DaiVoyager/BattleFleet Megazord
It was made of five zords but mostly navy color. 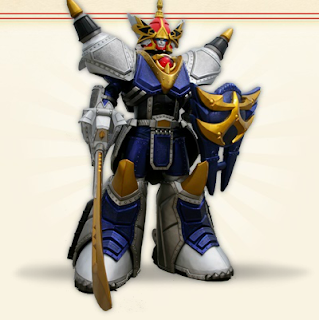 SaiDaiOh/Rhino Steel Megazord
Since GekiChopper is mostly white and red, the zord itself is navy and white, I am counting this one. It is the final zord. 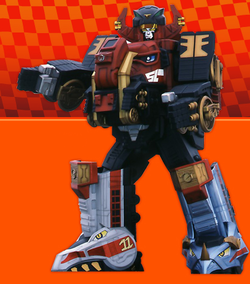 Kyouretsu-O/Paleomax Megazord
Even though it is a tri-colored zord, I am counting it since it only belongs to Red. It is mostly maroon (red) and black. 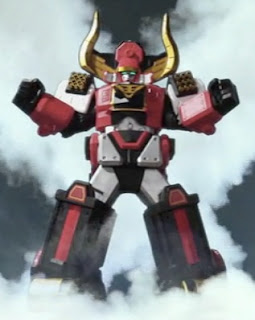 Mougyu Dai-Oh/BullZord
Red and Black, belonging to Shinken Red and in Samurai, to the Shogun mode upgrade. Gosei Ultimate/Ultimate Megazord
Belonging to the upgrade of all five rangers. All silver. 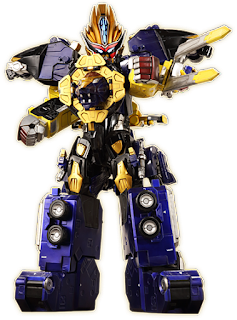 LionOh (Go-Busters)
Belonging to all the Rangers, it was indigo and gold. 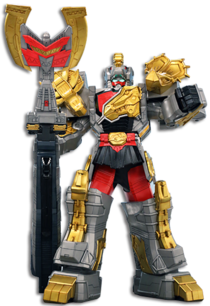 Gigant Bragi-Oh/____Charge Megazord
I don't know the Dino Charge name yet. The robo is mostly silver but with some gold, red and black It belongs to the Silver Ranger. But I consider it a final megazord and since most likely we will see all the Rangers in it. 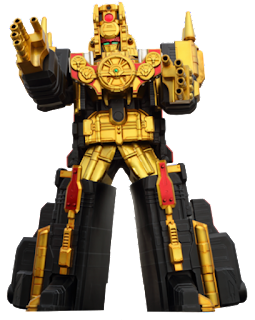 Hyper Ressha TeiOh
Gold and black robo with some red belonging to the Rangers. 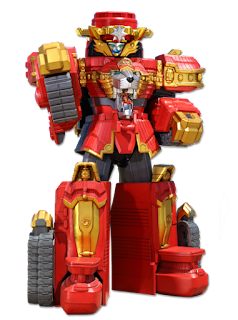 Lion Ha Oh
Red and gold robo belonging to the upgrade of Red, even though it isn't really the last one and I know you were thinking I should add OhBlocker.

As you can see for the final robo design color, Toei/Bandai/Plex decided with red four times, silver three times, twice or thrice a blue hue, only once white and once gold. Red and Silver seem to be the go-to colors.
Posted by Lavender Ranger at 1:12 PM