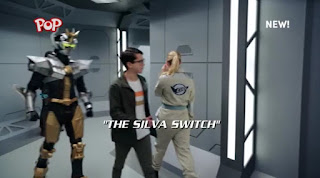 Steel regrets he can't enjoy ice cream like Nate does. Nate has something to show him. Ben and Betty have been helping Nate work on a way to make him completely human. Steel wants to try it. Nate says the amount of Morph X is too much for the machine. His hand goes wild with the ice cream and locks with Steel and Nate. They glow and have swap bodies, they speak with each other's voices. Zoey hugs "Nate" which is Steel. Nate inside Steel is freaked out. Steel is happy he is human. Nate says they have to switch back. Steel wants to stay human for a little longer, Nate gives him one day. Steel hugs Nate. Nate as Steel loses energy. 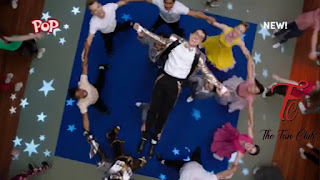 Blaze and a robotron try to take Morph X when the Rangers arrive. Robo Blaze fights Nate and Steel while the Rangers fight the Robotron. Blaze retreats. Nate as Steel is hurt. Steel wants to go to the beach, Nate wants to go too but Steel's body has to be maintained. Back at Riptide, Steel talks about the beach and is pumped up. Nate is kind of sad. Human Roxy is there too. Steel ordered every smoothie on the menu. He then sings a song. He imagines the others dancing with him. Afterwards, the others including human Blaze say how they appreciate being human. Nate explains he took being human for granted. 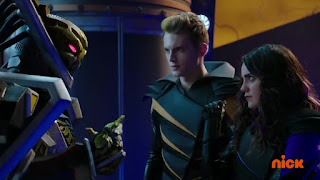 Back in the Cyber Dimension, Robo Roxy makes fun of Robo Blaze for being defeated. Blaze says they were training. Scrozzle says that sounds like honest work. Blaze makes fun of Roxy for having plant DNA. Roxy leaves in a huff. Blaze wants to pump up on Morph X which Scrozzle goes against. Blaze tells him not to tell anyone and he pumps himself with Morph X. At the base, Shaw tells the rangers to get to Blaze and the Robotron. They are getting barrels of Morph X. Blaze runs off to get more. Robotron fights the Rangers after they morph. The main trio fights him but the duo knocks him down. He blasts at them. The trio upgrades to Beast X Mode. Devon is about to do his final attack until Blaze morphs and knocks Devon down. Robo Blaze is upgraded. Robo Blaze fights Devon. The others join in. All of them are knocked down. Robotron wants to fight, but Blaze destroys him. Steel calls him crazy. Nate fights him and is knocked down. Steel defends his brother. The five Rangers gather and attack but are speed-attacked by Blaze. Blaze escapes with Morph-X. A Gigadrone arrives. 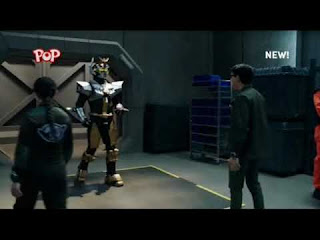 Steel and Nate start disappearing as there is a molecular decay because they are in the wrong bodies. Nate leaves to the base. The others go for the zords. Beast-X Lion is deployed along with the other zords.  They form the Megazord and destroy the Gigadrone. Evox charges up with Morph X and thanks Blaze, telling him he can trust him. Blaze says he can always count on him and leaves. Roxy asks how Blaze got powerful, Scrozzle plays dumb. Roxy knows he is hiding something. Back at the base, Nate wants to switch bodies which will stop the decay. Steel says it was the best day of his life. Steel and Nate get into position. Zoey starts it and the two hold hands. They glow and they are back to normal. Steel laments being half-robot again. Nate says he will not stop trying to make him human again. Zoey says they will always be there for him. 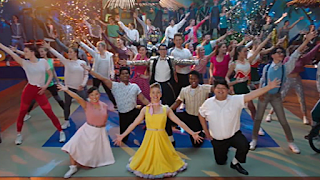 Even though most PR fans don't like it when there is a musical number, the cast clearly enjoyed doing one. The song was corny but it was fun and served a purpose. As for the episode, it is anvilious in this moral as always but a valid one, Steel wants to be fully human. Weird out of all the robots on Power Rangers (good and evil), only two wanted to be human (Mac and Steel). Robo Knight didn't wnat to be human.

Posted by Lavender Ranger at 8:50 AM