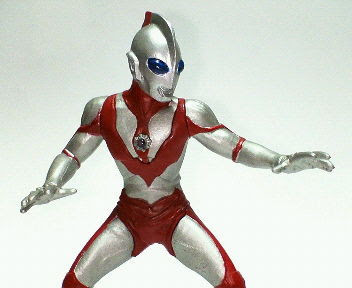 Ultraman: The Ultimate Hero was produced in the US in 1993 by Major Havoc Entertainment (later renamed Steppin Stone Entertainment) and Tsuburaya Productions (the creators of the Ultraman character), with a total of 13 episodes. Following the footsteps of the Australian-produced Ultraman: Towards the Future, this was the second live-action Ultra Series produced outside Japan. Titled Ultraman Powered for Japanese release, the show was released on home video there on December 17, 1993. 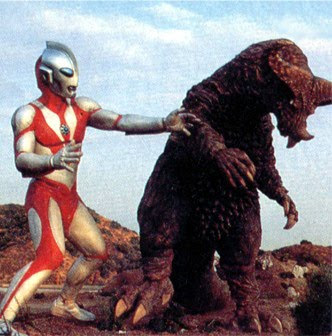 However, despite being produced in America, the show was never broadcast here. The members of WINR (pronounced "Winner") respond when members of the alien Baltan race attack Earth, but the Baltans are only fended off when a gigantic alien, Ultraman Powered, joins with WINR member Kenichi Kai and gives him the power to metamorphose into Ultraman in times of danger. At the end of the first episode Ultraman declares that the Baltans were not completely defeated and that he will remain on Earth to continue the fight. WINR and Ultraman destroy numerous other monsters, but WINR learns that the Baltans were arranging all the battles to learn Ultraman's strengths and weaknesses. 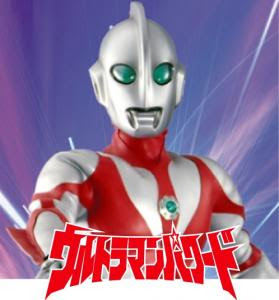 They also learn Kai's secret identity when Ultraman is injured by Dorako and Kai sports an identical wound. In the finale the Baltans unleash their most powerful monster, Zetton. Ultraman separates from Kai and takes on Zetton, but is overwhelmed. Ultraman's color timer is flashing more and more rapidly as he tries to blast Zetton only to have Zetton easily withstand the blasts. He then summons more energy despite the risk to fire a shot at Zetton's ship. This causes the shot to bounce off it towards Z-ton's back but he turns and blocks the shot. Ultraman then falls over backwards as his energy is completely drained. Before he can perish completely, other members of the Ultra race, appearing as balls of light, arrive and convert Ultraman into a red ball of light so that he can return home. Ultraman returns home with them and the last we see is his face in the red ball with his eyes red from anger. This is the only time that Red King is actually red (as opposed to gold & blue).
Posted by Lavender Ranger at 10:02 AM