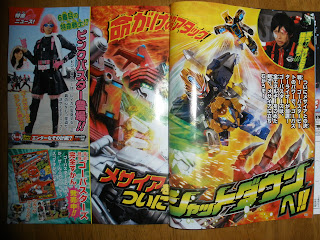 Pink Buster to come to Episode 41. I wish she was more of a full-fledged Ranger (like DekaBright) than just an AbarePink/White Racer kind of thing. She could had a real costume, they could had just did Yellow Buster in pink with a slightly different helmet. 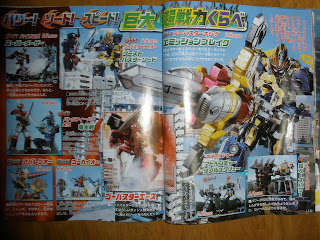 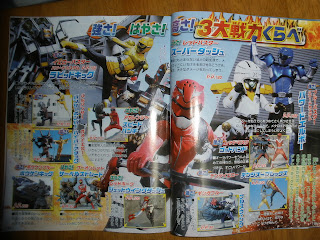 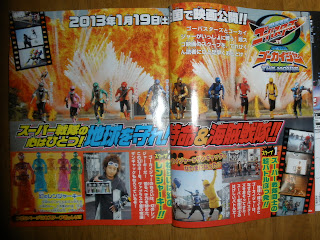 The teams collide on January 19th. The Go-Busters take on the Gokaiger, who return to Earth as villains. The Gokaiger were after the Phantom Keys (which are Red, Blue, Yellow, Pink and Green and seem to be transparent and have no known features), which hold a Great Power bigger than the Universe. Vagrass and Zangyack also set their aims on these Keys, and it looks like Enter has them. Some past Super Sentai may show up - Karou is seen in the scans. My theory is that the Phantom Keys will activate the Kyrourager, since the new sentai make cameos in the teamup movies nowadays. 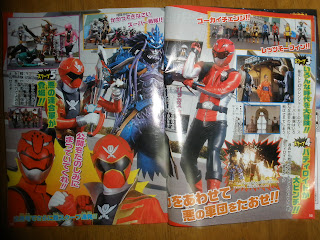 The Gokaiger won't stay evil of course. Hiromu and Marvelous team up against Bacchus Gil, the new head of Zangyack. Don, Aihm and Gai take on Uredonaiya, the second high ranking general. Basco and Damaras reappear in the film alongside Escape, and the Buddyroids have their own adventure. Gai seems to be time traveling as well. 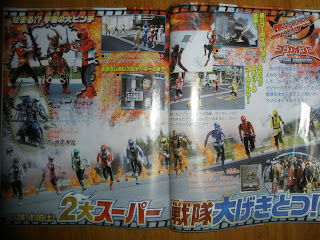 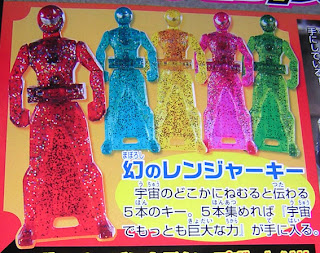 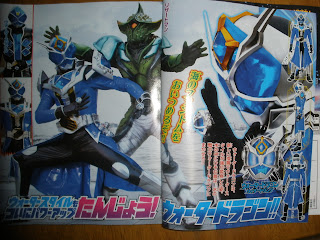 Water Dragon will be able to utilize WizardDragon's tail powers via the Special Ring, and come with a new ring, Blizzard, allowing Wizard to control snow and Ice. 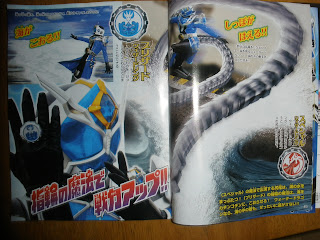 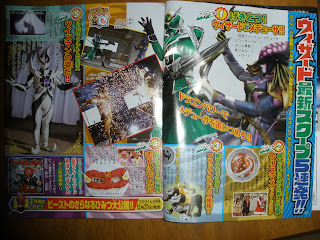 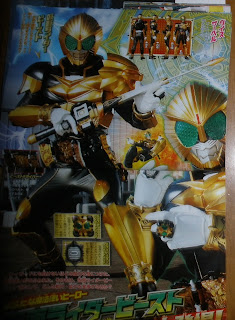 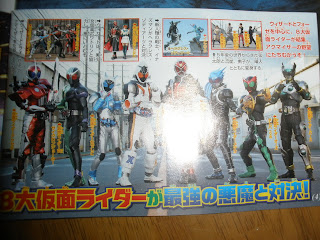 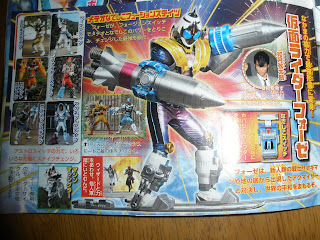 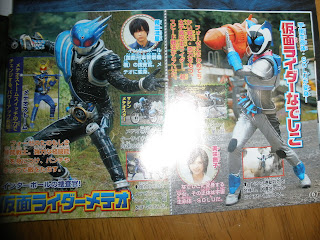 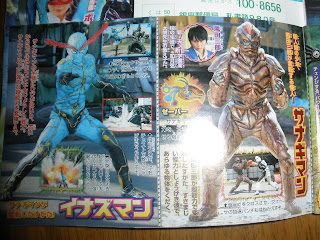 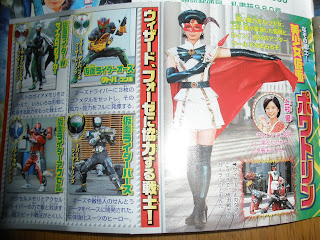 Youtube user 'Birca04' speculated a 6th hero in Gobuster a few days ago. Looks like he was right.

Any ideas what magazine the images are from?