Power Rangers Monolopy and Trivial Pursuit (with Questions from members of Power Force!)

Here are press photos of the two new board games from Milton Bradley such as Power Rangers 20 Monopoly and Trivial Pursuit. They will be coming out soon, I do not know the date. 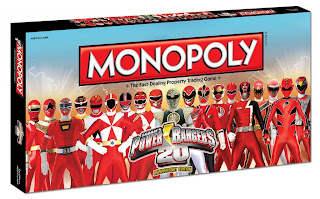 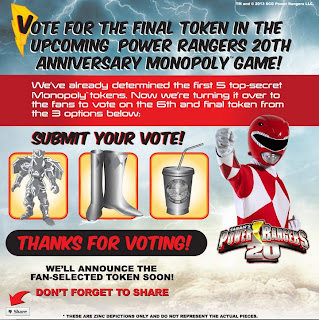 They had 5 tokens already and wanted fans to pick the 6th and Goldar was chosen. 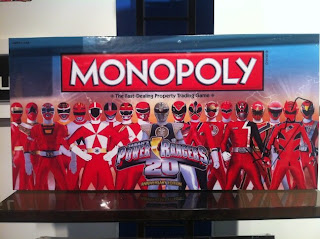 Here is one signed by Haim Saban 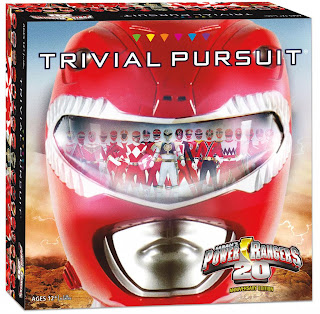 Trivial Pursuit
Months ago, members of Power Force were requested to come up with questions of selected Power Ranger seasons they gave us. There were 6 styles of questions and they split us 20 into four groups that had 5 or 4 seasons, including the movies and Aquitar Ranger mini series. We were requested too many questions in a very small time frame without promise of pay and only a promise of a free game and credit. This stirred some controversy among Power Force because it was not considered to be fair. Saban Brands then e-mailed us telling us that they made an egregious mistake and assign us less amount than before. I turned in my questions and our names (usernames) will appear in the credits. For those worried about the truth behind the answers, they assured us that they have fact checkers of course. I hope you guys can pick one up and enjoy it! 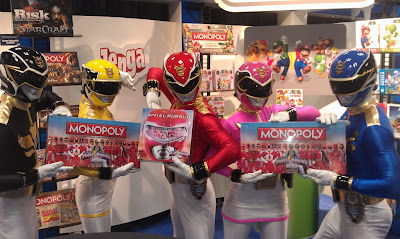 For the Press Release and more, check Fury Diamond's Blog:
http://blog.samuraicast.com/power-rangers-monopoly-and-trivial-pursuit-games/
Posted by Lavender Ranger at 9:21 AM

Do we know what the other 5 pieces are for Zordopoly?