The Dice-O and Power Rangers Action Card Game are being released in other countries. 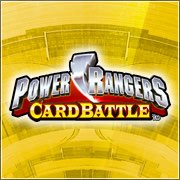 It uses American Power Rnager names (other than Korea's use of the Power Ranger name but actual Sentai series instead of dubbed Power Rangers). It uses the Japanese Dice-O arcade game. 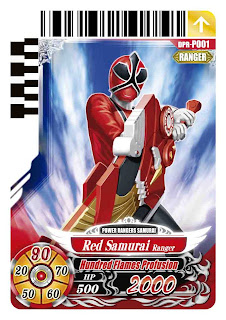 It also has a Facebook page but it doesn't say what country so it could get confused for American.
http://www.facebook.com/mobileprotection#!/pr.cardbattle?fref=ts 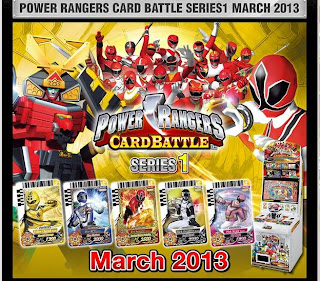 There are 66 cards in Series1, released in March. So far, it looks like Samurai, RPM, Jungle Fury, Operation Overdrive and Mystic Force are being released, these are in order unlike Series 2 Guardians of Justice in North America.
http://www.pr-cardbattle.com/

perhaps someone should take the jap cards and test if they work on the english machines, and vice versa.

but i don't think power rangers has reached the popularity yet in singapore to introduce this... not sure about malaysia and indonesia.