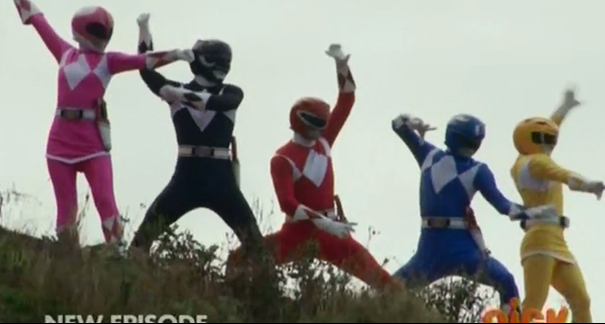 Episode Summary:
New introduction summary about the armada and the Power Rnagers mastering the bailities of legendary Rangers [we see new clips of old teams appearing above them like Samurai, Ninja Storm, Mighty Morphin (Yellow with skirt), Wild Force, etc.] 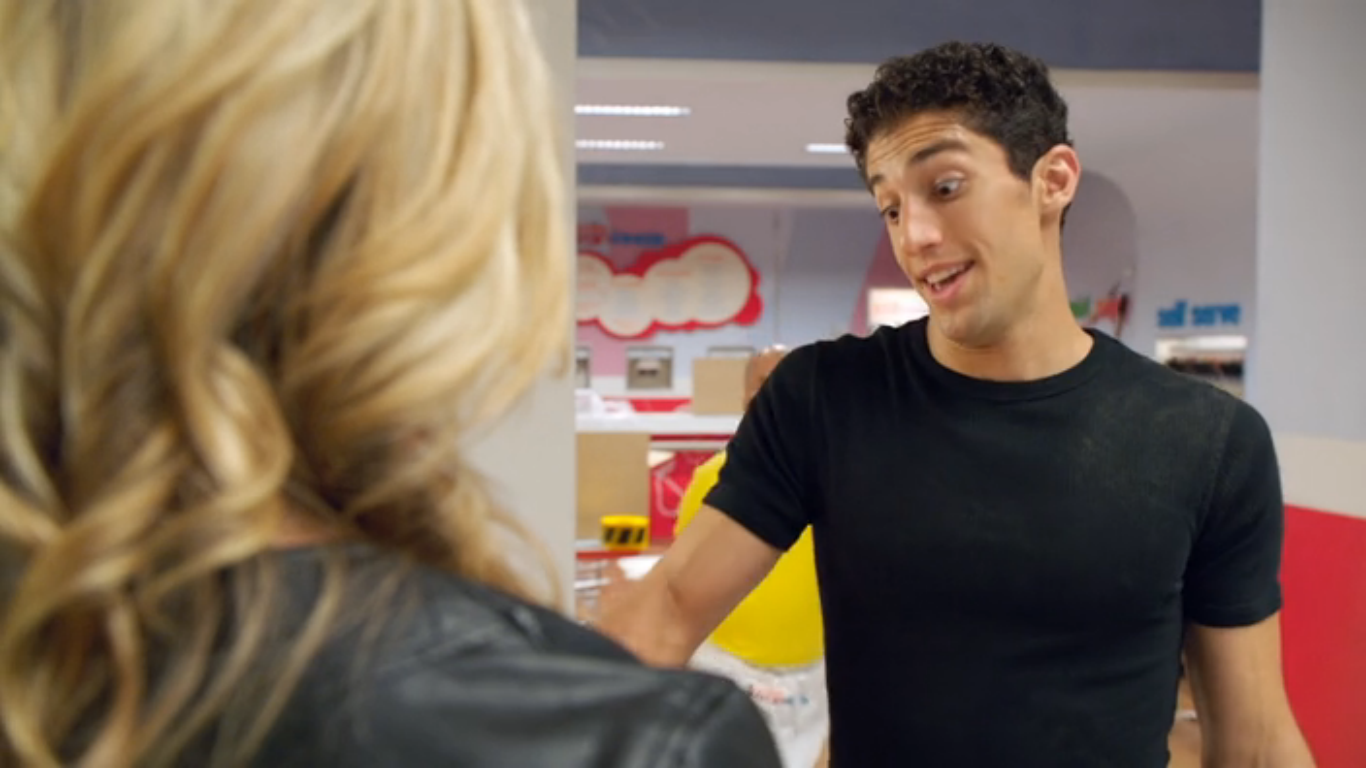 Emma and Gia arrive to Ernie's where is being fixed. Jake is helping out and being all sexy. On Vekar's ship, Damaras tells him that they are rebuilding. Levira might have an idea. 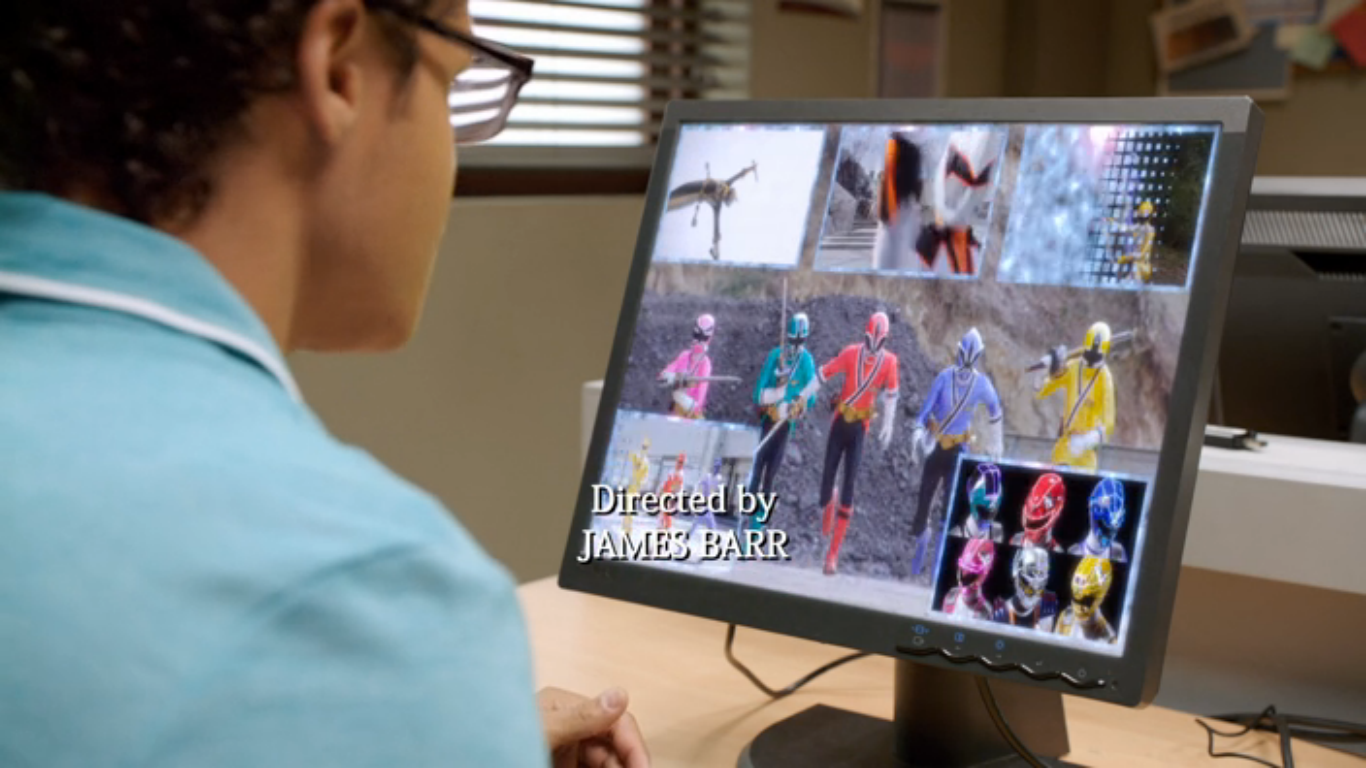 Noah goes through the database at school and remembers Gosei said he could get new zords. He says he has to do research. Burley comes and chastises him for playing a video game but then he notices the Rangers and thinks it is a tough game and leaves him alone. 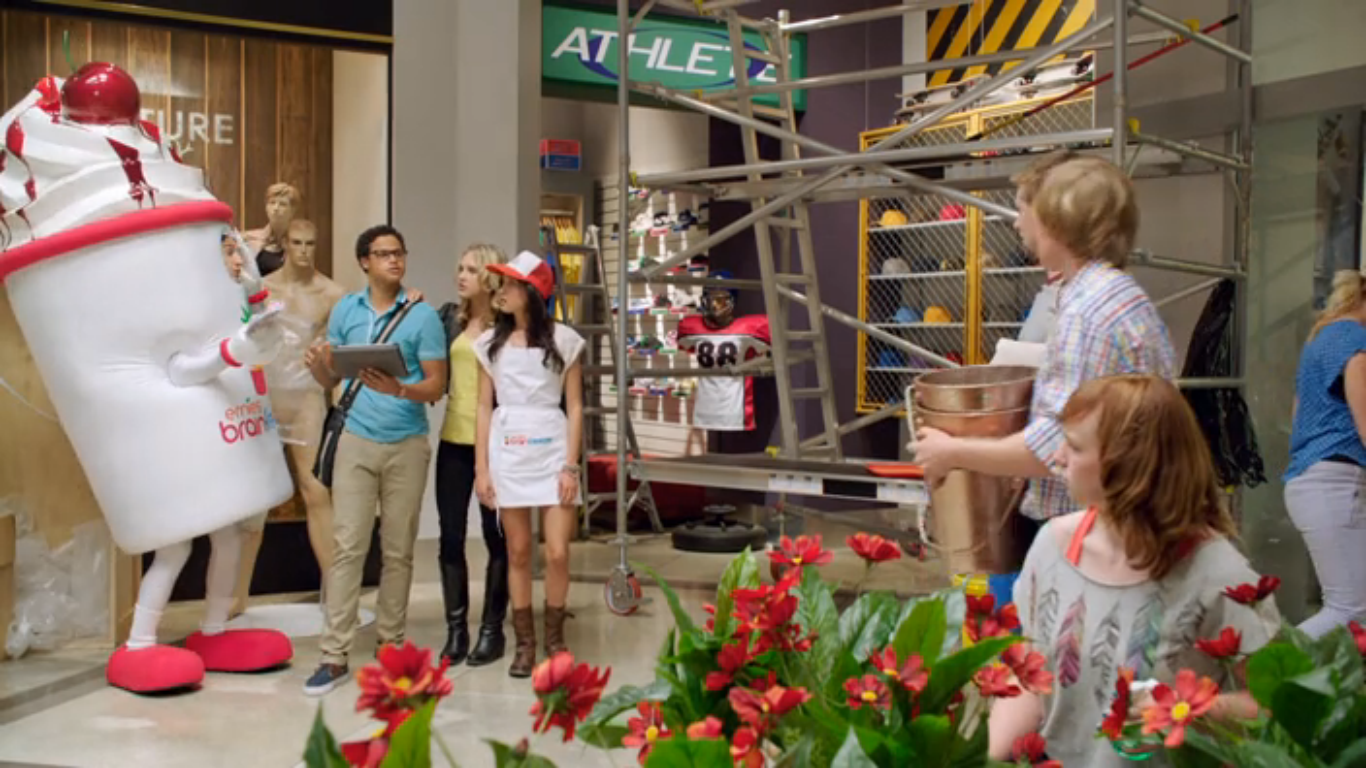 Back at the mall, Noah bumps into Jake dressed as Mr. Froyo (in a big costume). Jake doesn't want them to see him like that but Noah pulls him to them to see the SPD zord and Jake screams out that it is a car zord. He also shows them the Mystic Force Dragon but doesn't mention him by name. 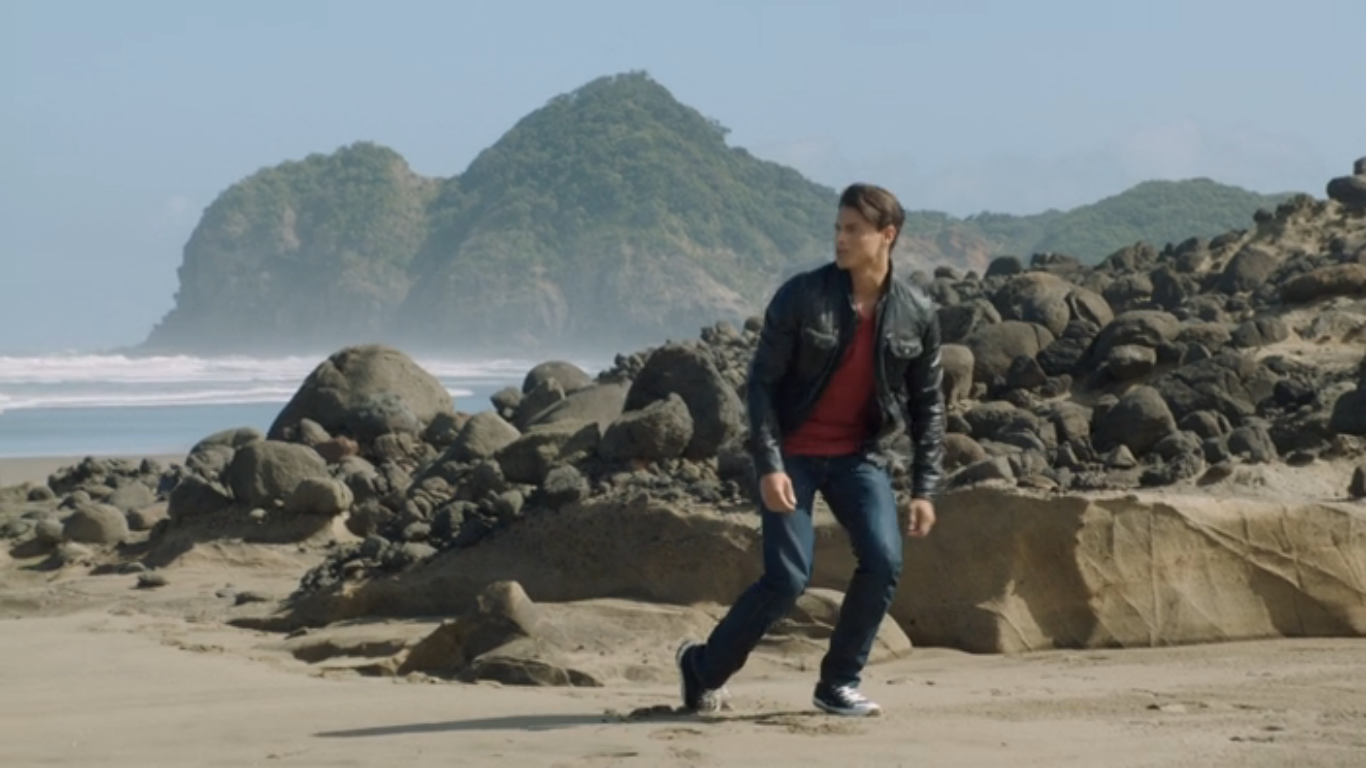 They wonder where Troy is, Emma says he hasn't been the same since Robo Knight disappeared. Troy is at the beach remembers Robo Knight last fell down. Troy follows some X-Borgs in town where a general wants to launch missiles at night. Jake is offering samples while Noah shows the girls the Power Ranger stuff. 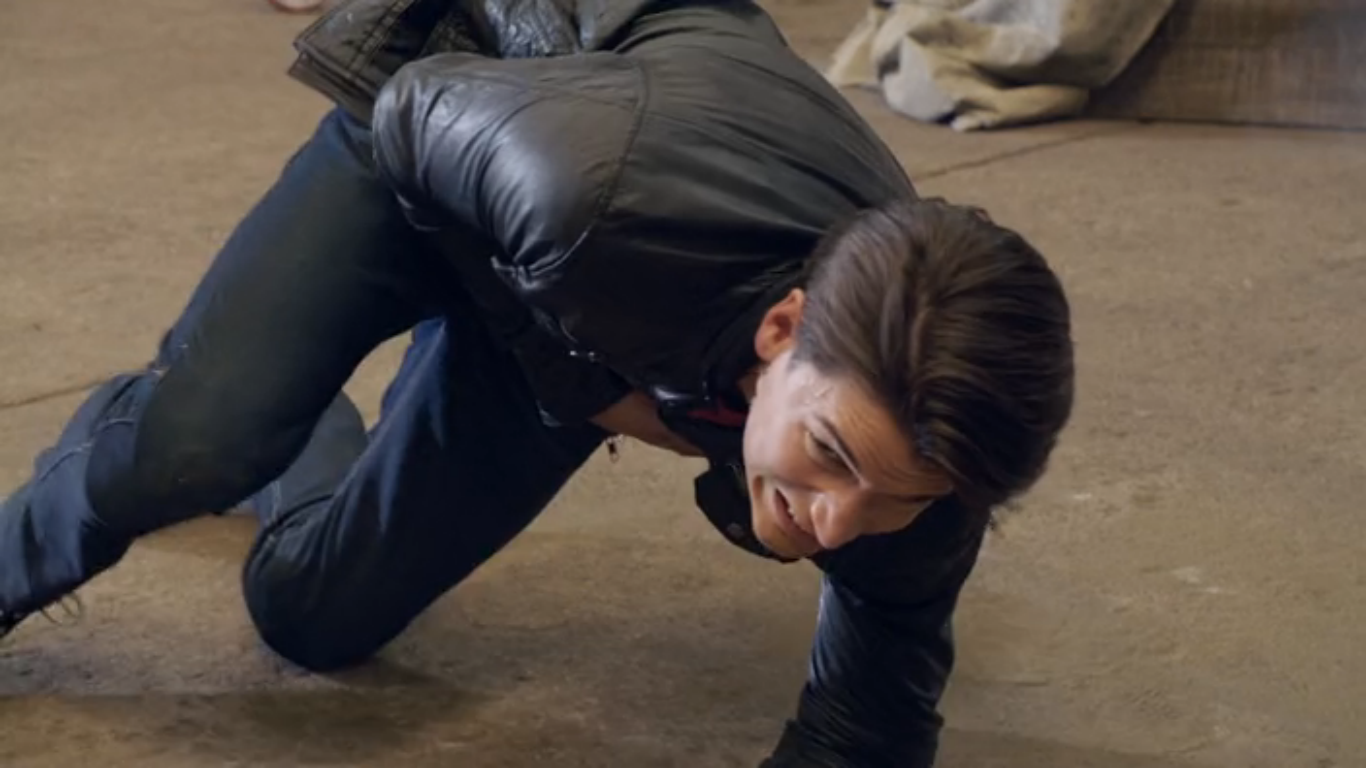 Emma calls Troy and the general blasts Troy because of the noise. Gia figures he wants to be alone. Troy morphs. Troy calls Tensou to calls the others. Gia signals Jake and the four run off. Jake put the suit on a mannequin. 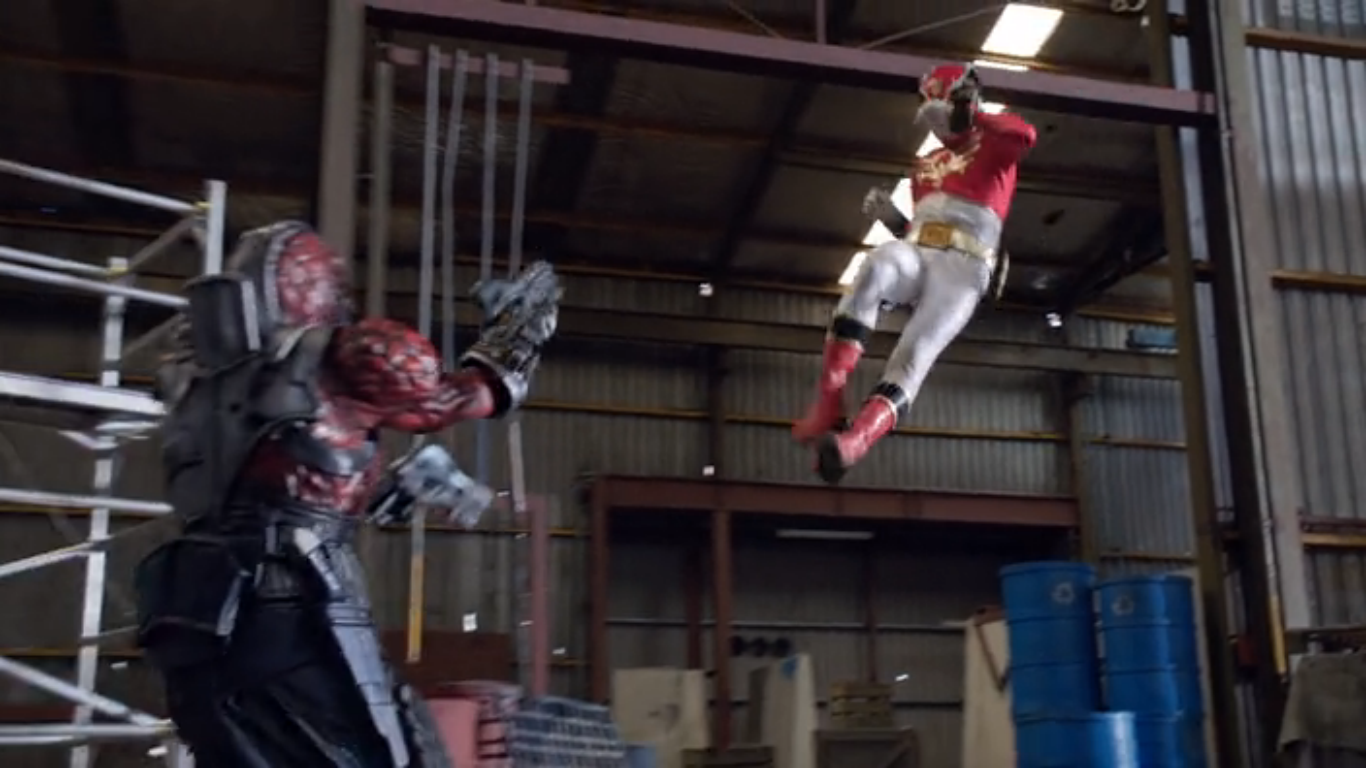 Troy fights the monster as the roof caves in. The others run into X-Borgs. Troy wants backup. Vekar is mad at his own incompetency. More X-Borgs are sent. The four morph into Megaforce and go past the X-Borgs. They then go Super Megaforce. There is 10 minutes to launch and Troy continues fighting X-Borgs inside. Jake says he loves his green power outside. Gia says they need more power. 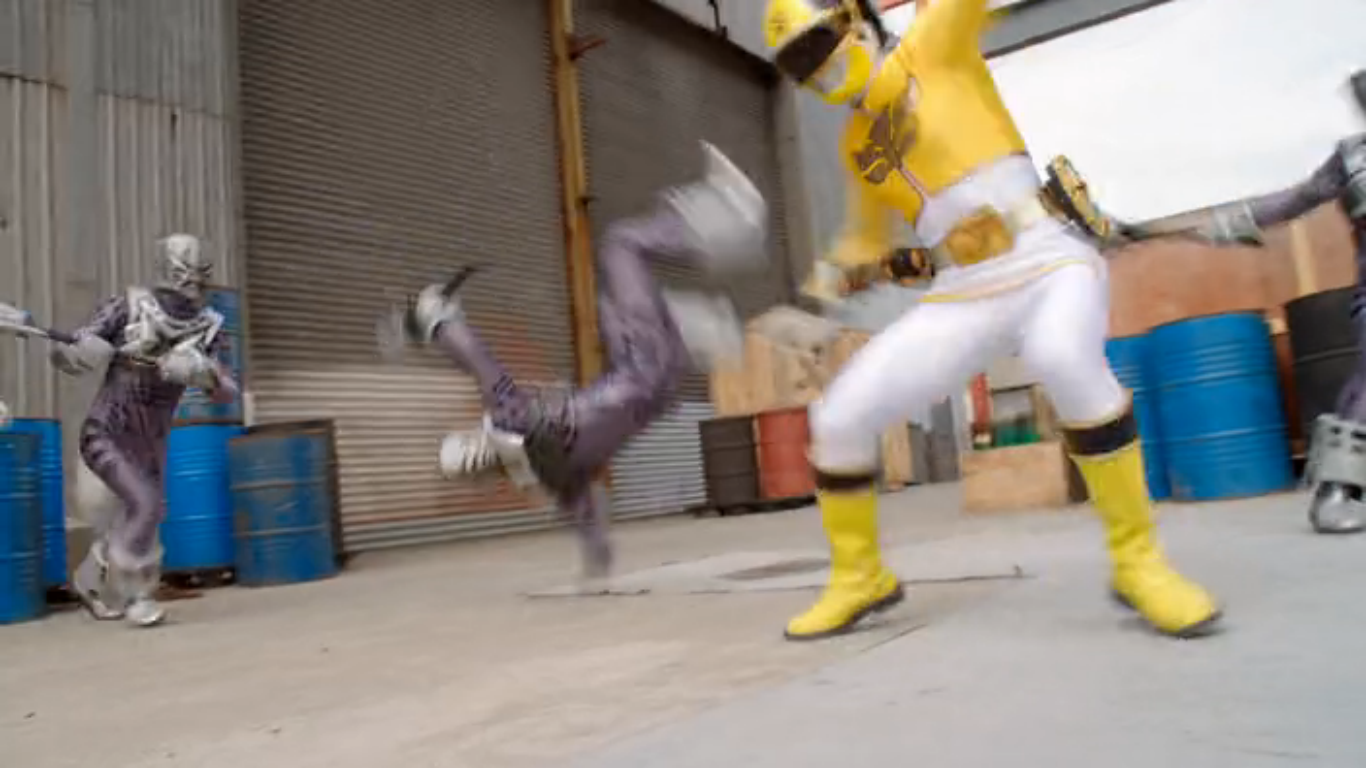 Noah says to use RPM's powers. They say "RPM, Get in Gear." They fight the X-Borgs with the RPM Weapons. Gosei says they have now unlocked powers never seen on Earth before. 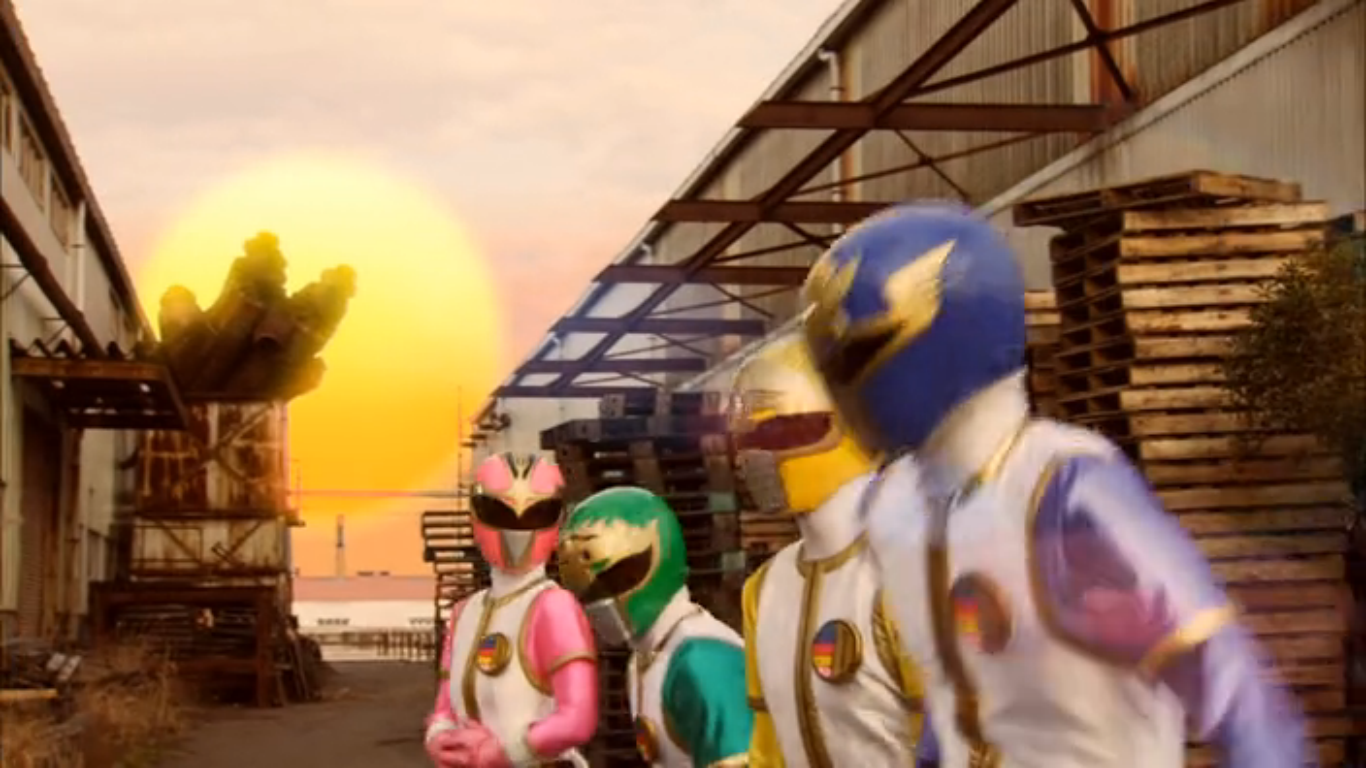 They become new rangers (Dairanger). They combine their powers and do a final strike (Chi Power). Sun sets and they run inside. Troy escapes being 'captured' and he goes Super Mega Mode. He fights the X-Borgs with his sword and blaster. 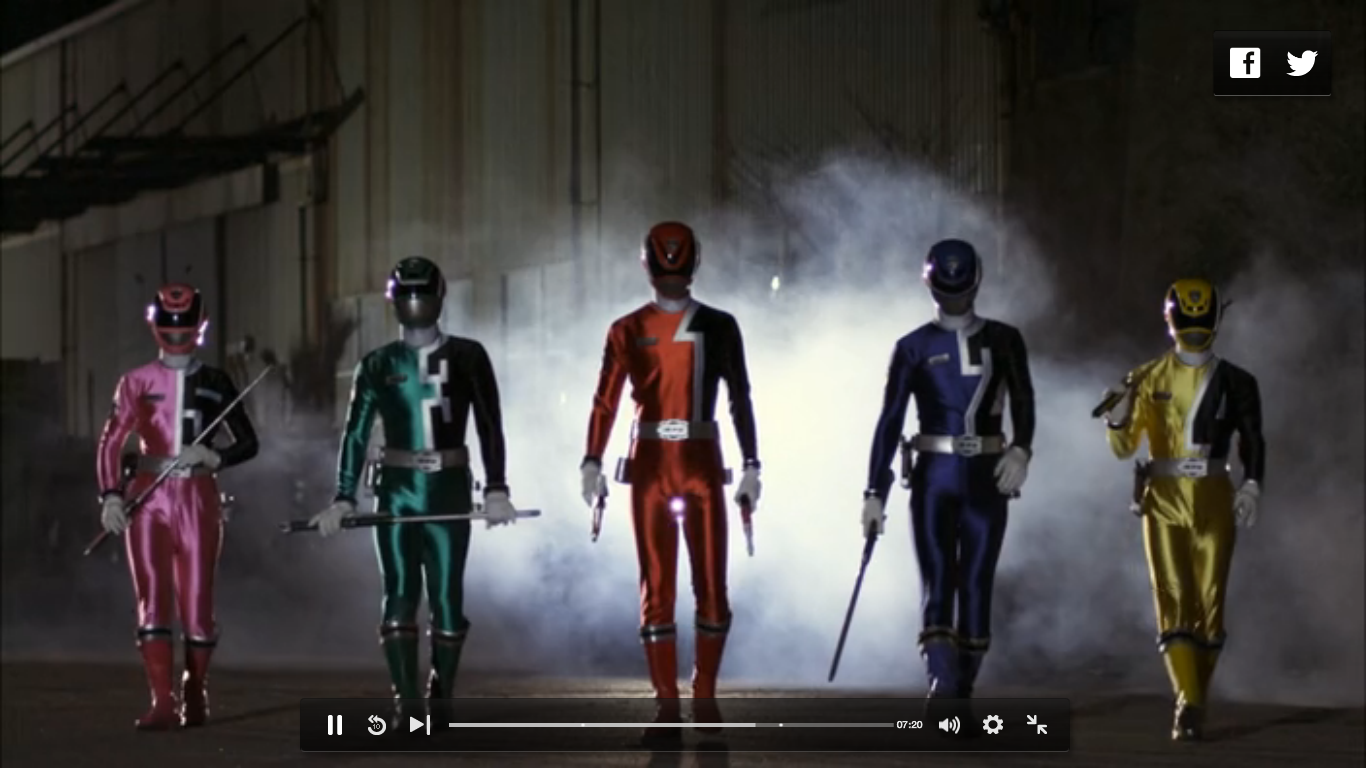 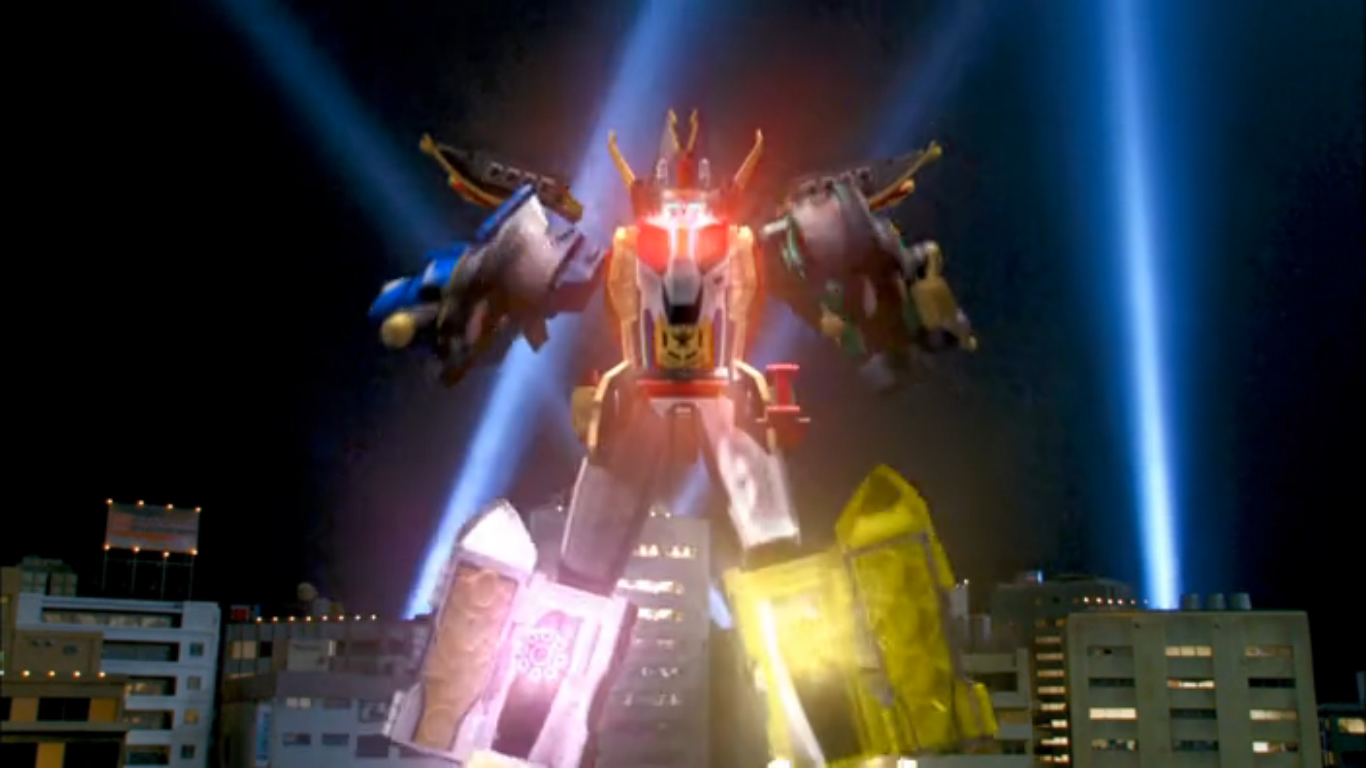 Gosei says they mastered their SPD powers so they get the SPD Delta Runner. Jake calls it a 'car zord' again. They merge with it. They conduct "SPD Final Strike" and destroy the monster. They enter the ship and fight the ships on the moon, destroying the fleet. 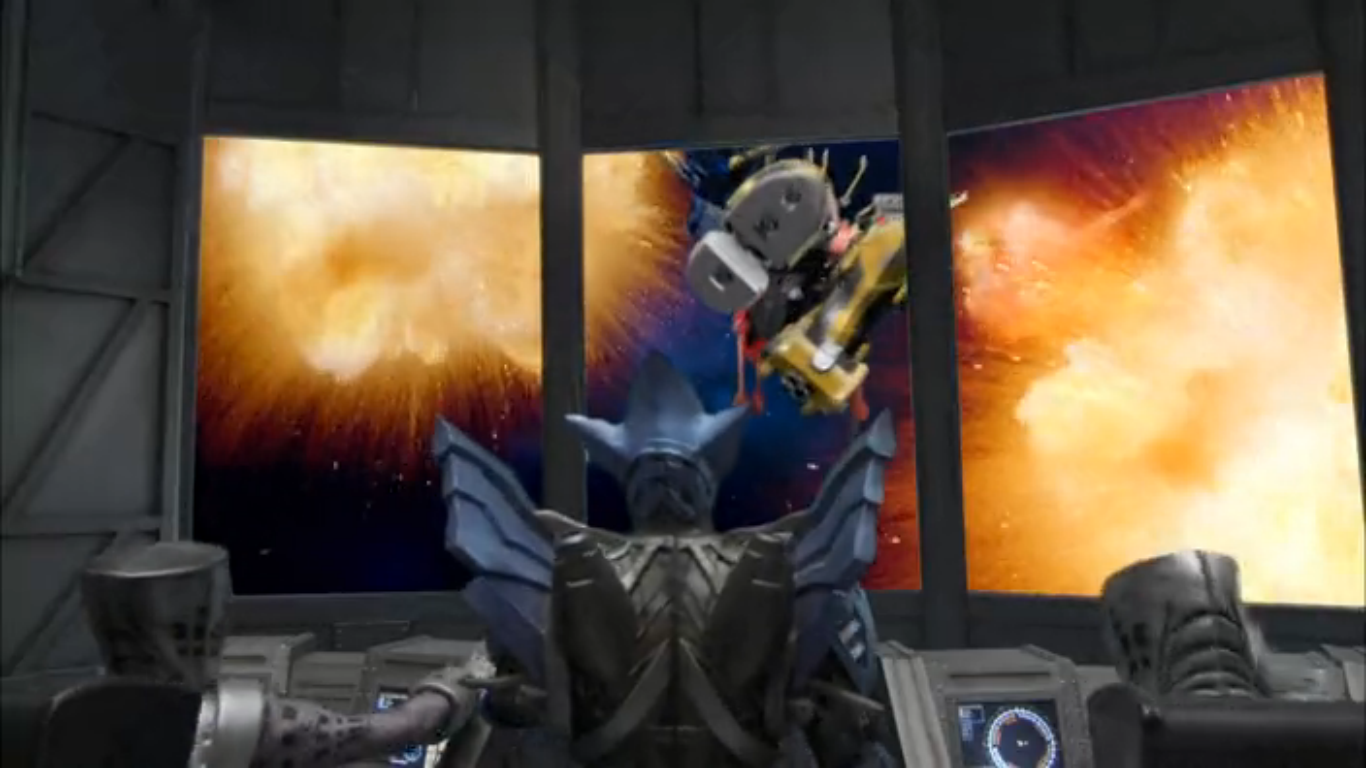 The Rangers fly on the skyship, we see the teens on the bow of the ship. Emma says the Earth looks peaceful. 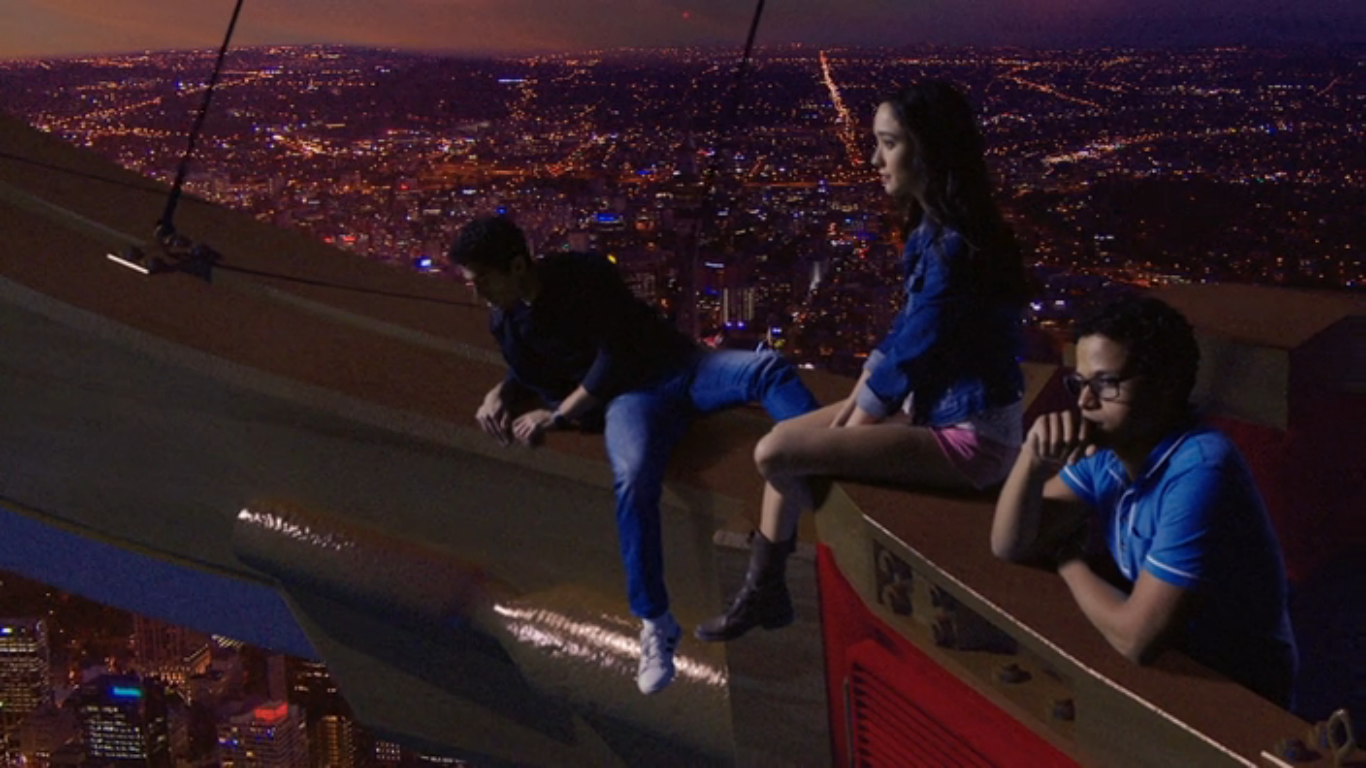 Gia and Troy are on the top thingy, talking about Robo Knight. Troy hopes they will meet again. Gia has a surprise. Back at the mall, the mall reopens and the whole town is there. They countdown and a banner goes down that says "Earth Fights Back." Ernie takes the picture of Emma. Jake says it is a beautiful sight. Troy says they won't lose because they got the Earth on their side. 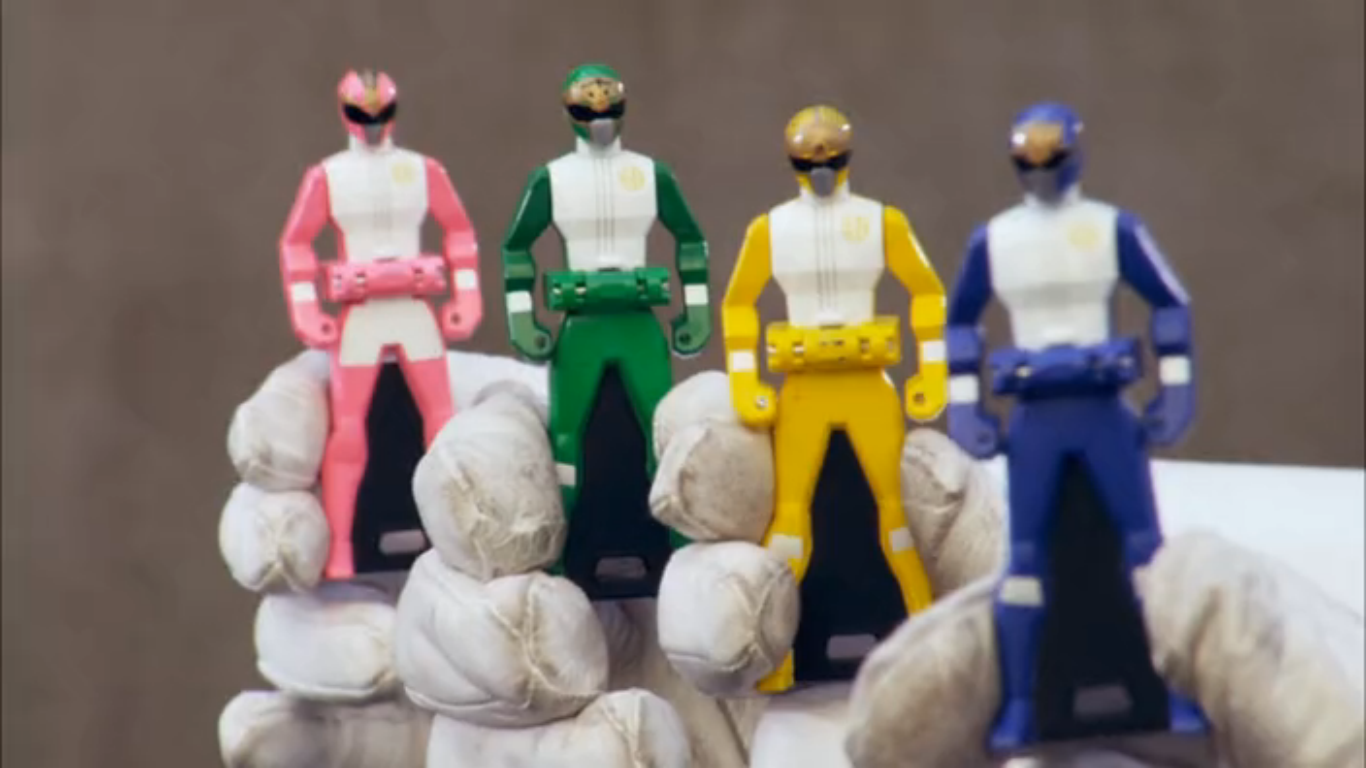 Review:
Good ep. Good to see they are rebuilding the Mall and Ernie's and that Jake and Emma are working. But it would've been nice to see Emma actually work at Ernie's. People are complaining about Gosei's blaise explaination for the Dairanger powers. I do like that they are included but I don't like that they don't have names. I doubt we will get a full fledge episode explaining their existence. Some people think this opens the floodgates to other Sentai suits but I doubt it. They have rights to Dairanger but not others. They did great use of the Gokaiger  episode 1 Megazord battle. This makes the Rangers way more bold.

Posted by Lavender Ranger at 12:30 PM

There's a simple explanation for the Dairanger powers: They are the Eltarian Rangers, and when the White Ranger appeared in MMPR season 2, Zordon did not create it from scratch, but rather borrowed the White Ranger technology from Eltar and modified it to function correctly in Earth's environment. The other Eltarian Rangers weren't needed because the original powers were still intact (save for the Green powers), and because Eltar has already been overrun by the time In Space starts, we can conclude that the reason we don't see the Eltarian Rangers is because they've already been defeated, quite possibly because the team wasn't complete due to the White powers being destroyed by Rita and Zedd in season 3.

Who knows whether or not they'll actually bring this up in show (if they do, it makes sense to wait until Tommy appears at the end and have him explain it, since his presence for the alteration of the White powers means he would know the origin), but that's what I'm going with.

I support that theory as well, T.K.

I think the clips of the "legendary" Rangers are not really legendary, most are clips from future episodes in stead of actual clips from seasons. They didn't really shows all the legendary Rangers from the early Saban seasons; therefore Noah didn't see all the legendary Rangers.
Gosei didn't give any explanation about the new ranger powers, he just simply told them they had new powers not seen on earth, but didn't tell them what it was. Gia calling the drunken monkey another attack really bugged me.