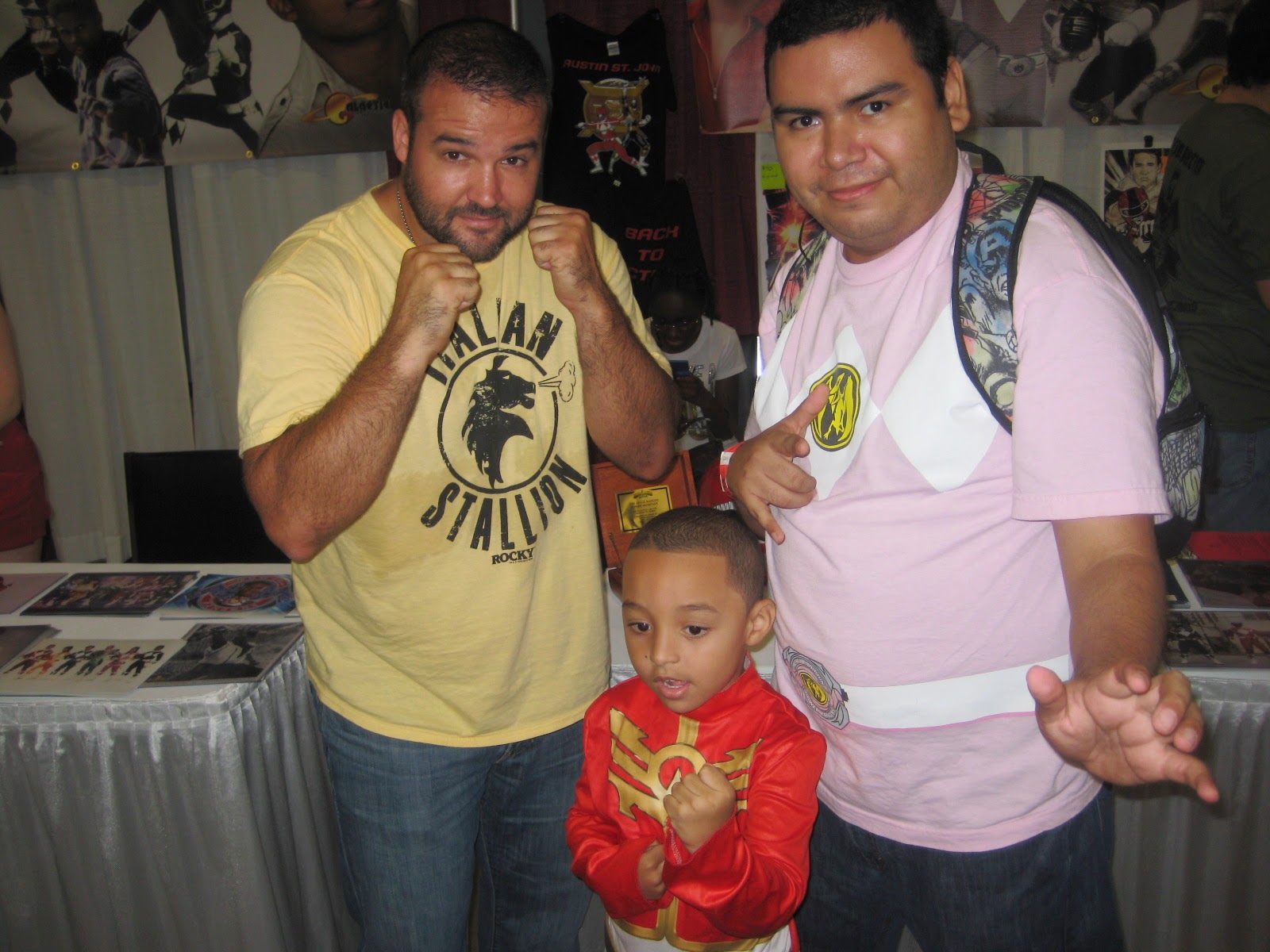 Today at Florida Supercon, they had various Power Ranger actors like Catherine Sutherland, Nakia Burrise, Brandon Jay L., Najee De Tiege, Jason Faunt, Karan Ashley, Walter Jones, David Yost but I met them all. Who I hadn't met was Austin St. John and Anne Hutcherson (Yellow Jungle Fury) so me and my nephew went. The line for ASJ was super long but worth it. He's a great guy. He says there will be a new announcement on new projects he is working on in a couple of months he can't announce yet. He's taking pictures of the fans to put up on his media like Facebook etc. My nephew was tired but he enjoyed it. This might be the only con in a while for him though, waiting in lines isn't quite his thing. Oh, I couldn't meet Anne Hutherson because he didn't want to, he wanted to go home. No worries, I can still see her at Power Morphicon (I'm flying again to Pasadena as I did two years ago in August).

Also I forgot to say that I had him sign my poster (which I have had signed by Johnny Yong Bosch, Walter Jones, Steven Cardenes, Karan Ashley, Catherine Sutherland, Amy Jo Johnson, David Yost, and Jason David Frank) so he was the last one. There was not much space and White Ranger blocks the Red Ranger on the poster. I told him to sign the crotch. He said, "I rather not." He chuckled. It was pretty funny.
https://twitter.com/ASJAustin
https://www.facebook.com/austinstjohn
Posted by Lavender Ranger at 4:39 PM

Awesome. Glad you two had fun.

Awesome Pic Lavender and isn't Power Morphicon in California?? unless you buy a plane ticket early

Fredrick, duh. I already got my ticket, flight ticket, and hotel reservations.

I now just realized we went coincidentally at the same day to meet ASJ except at different times.