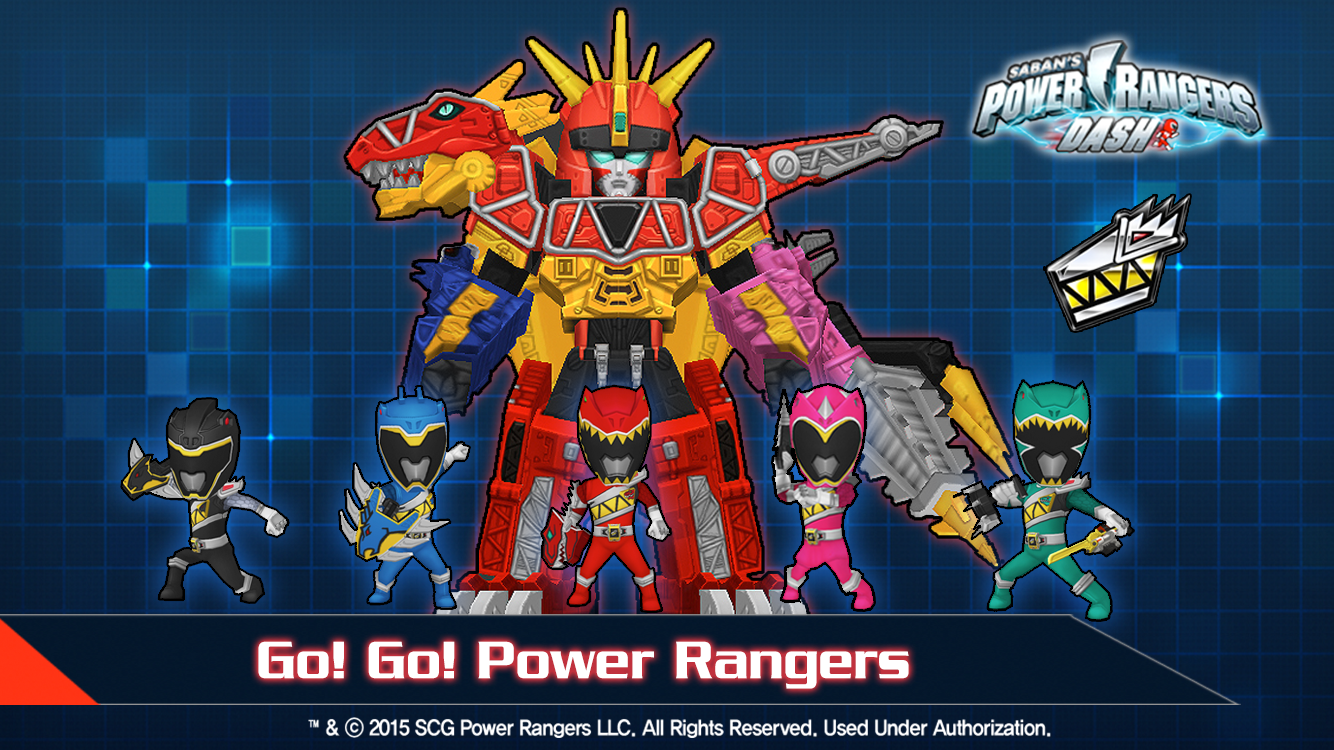 It works for Android. iPhone users – the iOS version is coming soon. You can play 3 characters of a team like Dino Charge, Samurai, RPM, Operation Overdrive, Mystic Force, SPD, Wild Force and Mighty Morphin. The characters run and can change to the Megazord, sometimes you play as the Megazord. They are all in chibi forms. The monsters are generic and not from the show. The Rangers you can eventually collect are the Six MMPR (not White), Six Wild Force, Six SPD (Omega, not Shadow), Seven Mystic Force (Solaris Knight and White Mystic), Six Samurai, Seven RPM, Six Operation Overdrive, and Five Dino Charge and the Megazords. It is now available on Google Play.
https://play.google.com/store/apps/details?id=com.Ironnos.PowerRangersDashSaban&hl=en 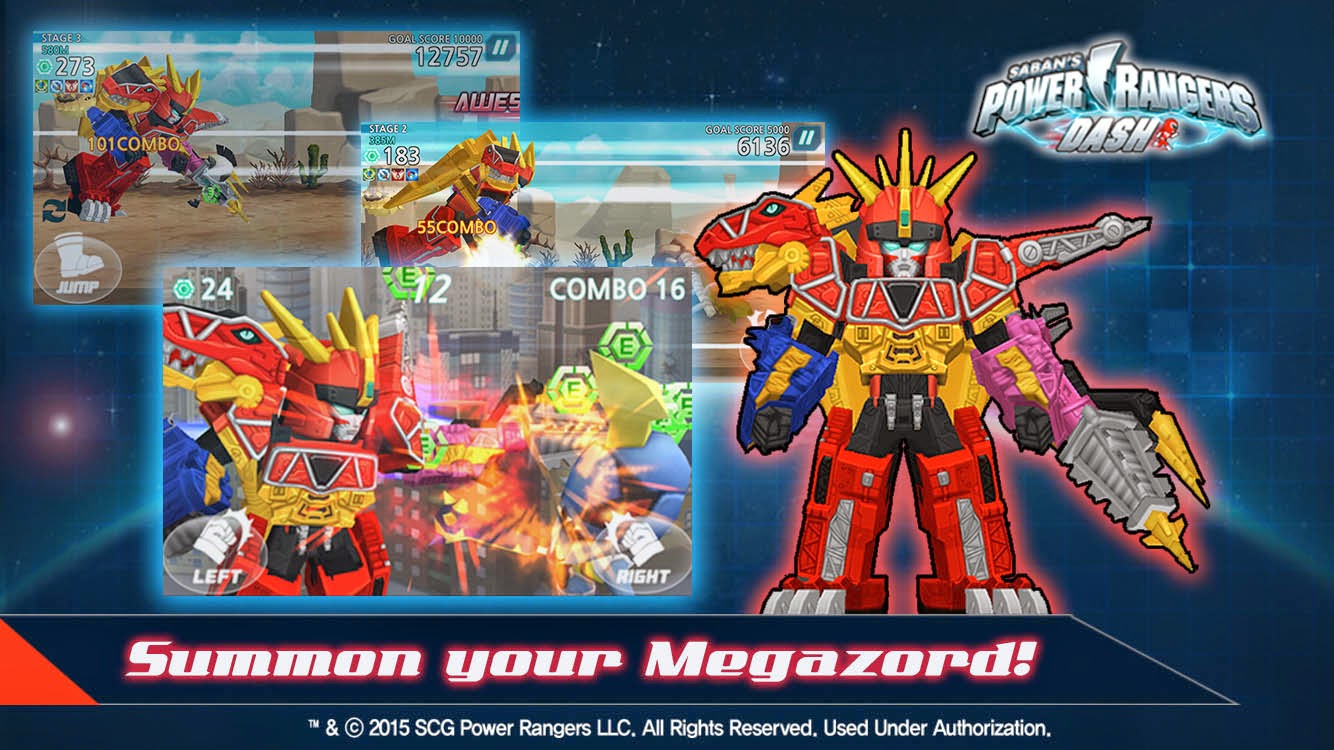 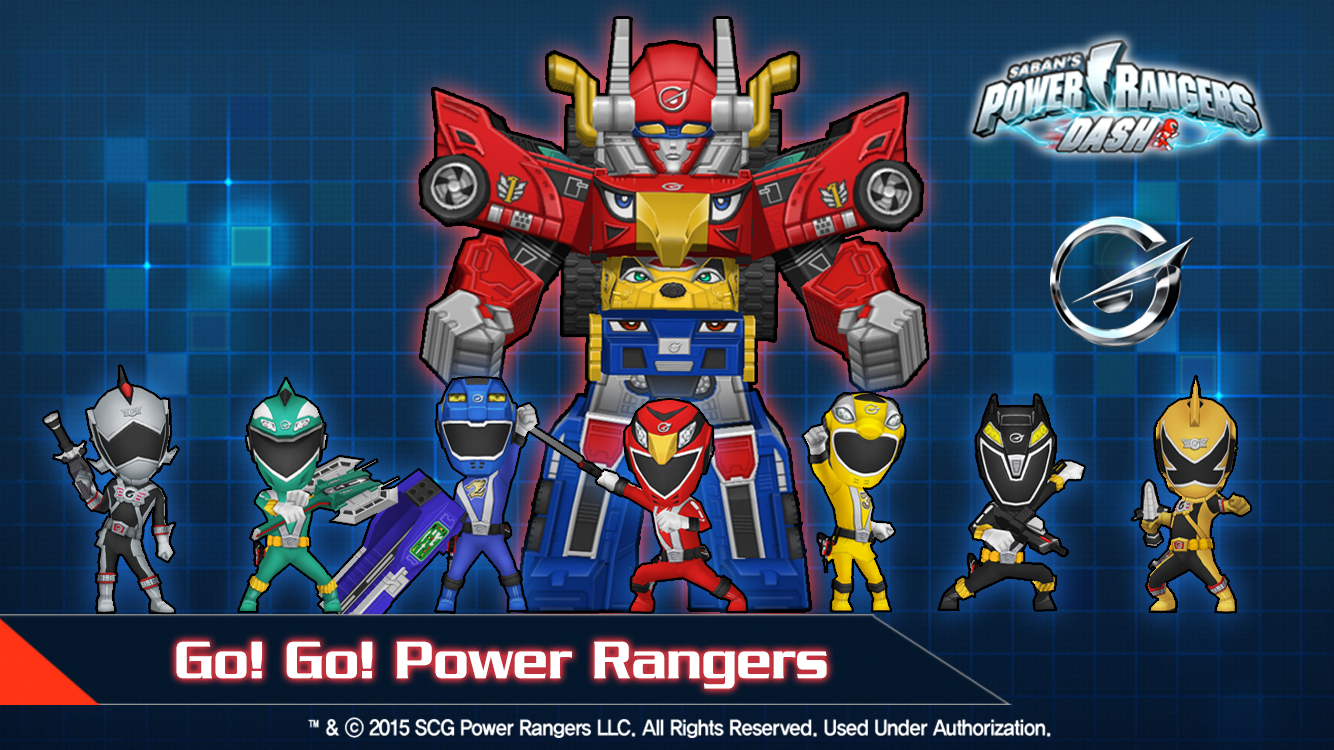 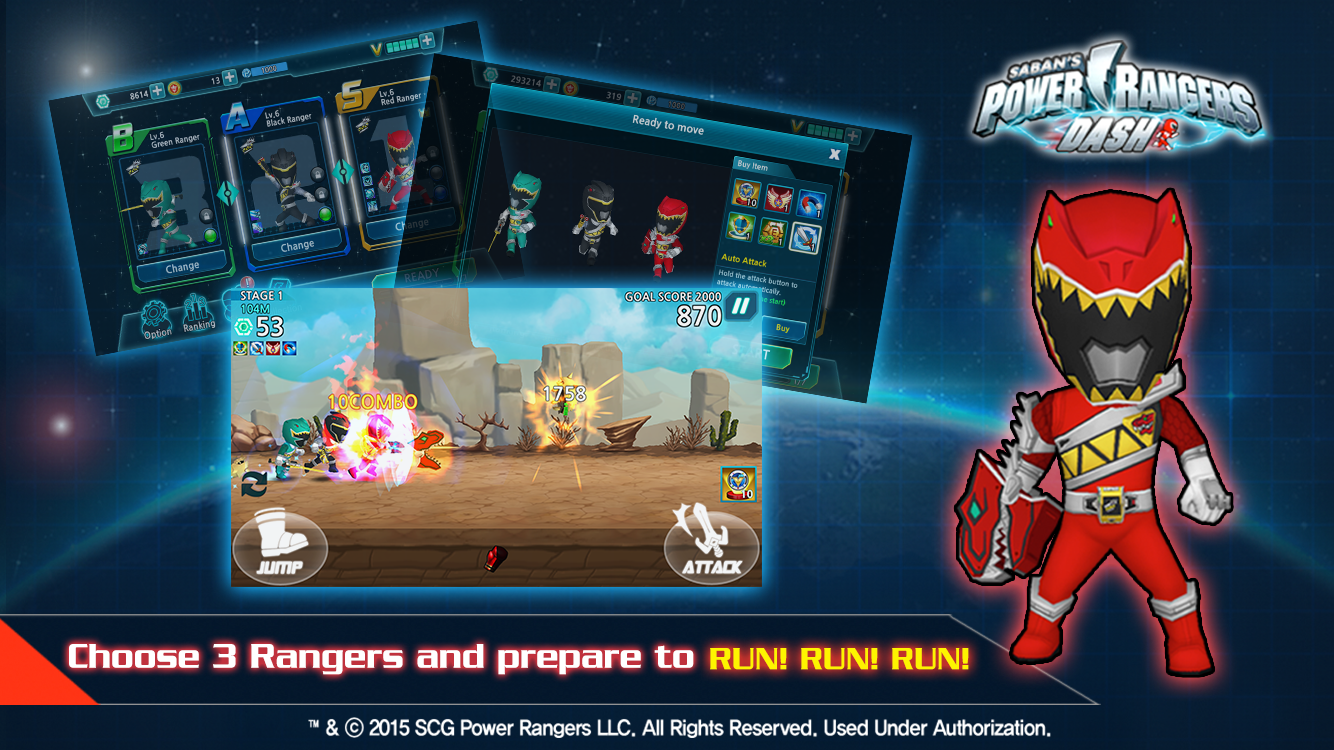 The following images are from the Korean version, notice the bad English. In Korea, Super Sentai show is shown but called "Power Rangers." This game was originally made in Korea. In the original game, they got Super Megaforce and Flashman (Prism). Also Dino Charge has the Gold Ranger. Hopefully they will add more characters to the new US version. 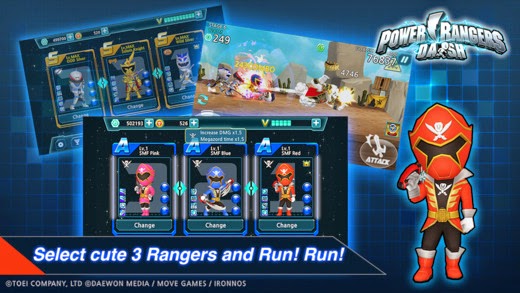 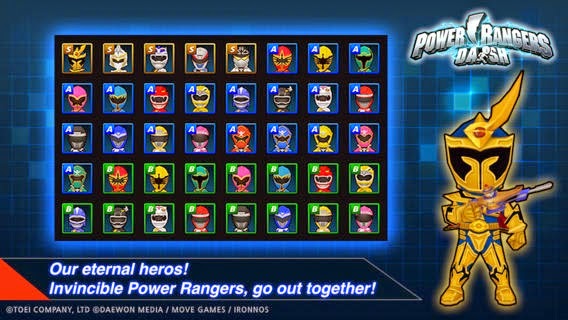 Above, those are the playable characters except Super Megaforce in our version. 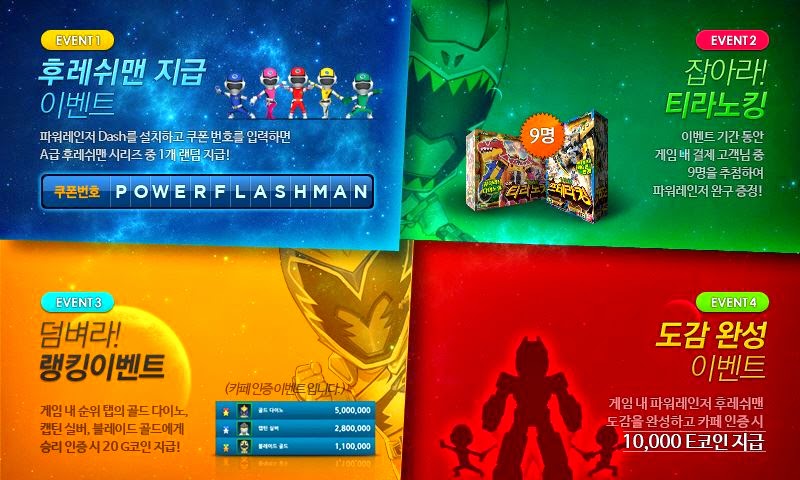 This is probably the US version. Mine has Super Megaforce and.......... Flashman! Yes, they even called them Power Rangers Flashman. Interesting to note that this game is made by Korea, and this is basically the Korean dubbed Super Sentai game.

I figured, the game is real good and SB told us but not give us a demo or heads up like the unite card game. You live in korea,