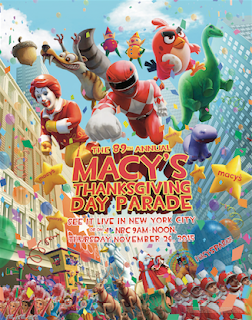 Today was the Thanksgiving Day Parade in New York. Since 2010, Power Rangers have been a part of it. In 2010, the Samurai Power Rangers went along with a globe balloon. In 2011, they did a show and fought Moogers. In 2012, 20 Red Rangers did a show (kicking and flipping) with the Megaforce Rangers. In 2013, Super Megaforce and Mighty Morphin did a show (kicking and flipping). In 2014 and now 2015, the Mighty Morphin Red Ranger balloon went with the parade. 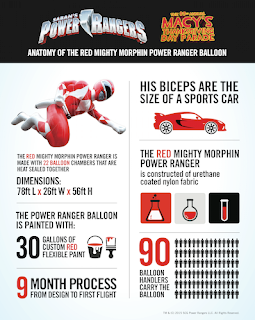 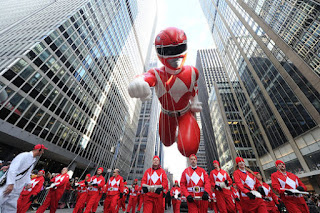 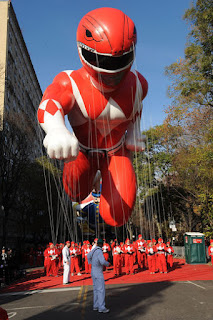