Which Series should be adapted for 2017?

It has yet to be announced, but there is a lot of suspicion over to which Super Sentai series will be adapted in 2017. Power Rangers Dino Charge will become Dino Supercharge for 2016 and continue using the Kyoryuger footage like Samurai used Shinkenger for two years. Now there are three Super Sentai series they can use: Tokumei Sentai Go-Busters, Ressha Sentai ToQger, and Shuriken Sentai Ninninger. Also Saban's contract with Nickelodeon ends in 2016, there are rumors the new series will go to Netflix, but I don't know. 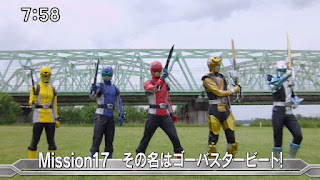 Go-Busters (2012)
Go-Busters was the series before Kyoryuger (which became Dino Charge) and it was skipped and not adapted. Go-Busters has a spy and technology theme, drawing fans to wanting it to be like a sequel to RPM. Go-Busters start with three Rangers and in the end, they have five, even though in a teamup special, they have a second doppelganger team with two other Rangers.
Pros
Cons 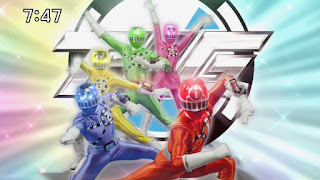 This series comes after Kyoryuger and it is train theme. Rumor is Saban doesn't like it because they believe United States do not believe trains aren't part of kids' lives like in Japan. Believe it or not, the biggest age demographic for Power Rangers is ages 3-6 and Thomas the Tank Engine's age range is 1 to 5 which is close. My nephew actually likes Toqger more than Ninninger. Well he likes Samurai more than them all to be honest. 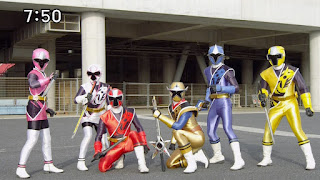 Ninninger (2015)
This is the current Super Sentai which is the third Ninja series. If this is adapted, technically it would be the third (with Alien Rangers even though it wasn't explicitly stated) in PR as well.
Pros
Cons

1. Had Saban adapted Gobusters instead of Kyoryugers, I think the viewers might be increased a little bit against Dino Charge since most of the people loved spy themed shows but at the expense of a potential over budget and also complained about excessive violence? Agree?

2. The adaptation of ToQgers and Ninningers might be using a new cockpit just like Samurai and Dino Charge? and possible new set for the villains just like Dino Charge?

AJTVPH, I don't think anything will top Samurai's ratings right now. Kids really responded to it because it was the 'first' for them, anything after that won't make it until another decade or so or generation like Ninja Storm or SPD. Think about it, the other seasons would popular but the first (MMPR) was the most popular. Think about popular seasons: Time Force, SPD and RPM, all seperated by 5 or 10 years. As for cockpits, I don't see Toqger being changed but Ninninger maybe. For Toqger, they would have to replace Z and for Ninninger, I see them adding another villain like Sledge or Lothor.

You did a great job at providing pros and cons for the adaptation of each sentai series. One of the biggest pro that's really not put forth was that they dont have the follow the story of the sentai series at all. The can created a completely new story from start to finish. which means for Toqger adaptation they don't even have to worry about the rangers being children with the exception of having an episode or episodes that in some way are like the mmpr Rangers back in time episodes/Rangers in reverse. Gimmick wise maked in an enginethat represents each PR season included in this release would also be engines that represent actual train themed Megazords from seasons like Lightspeed Rescue mystic force and rpm.
With a go buster adaptation silver could actually be human female ranger they don't have to use the robot partners.

Those are all good point however I really think Ninninger will get adpated but my only problem will be that they really need a new story becuase i hate to say it but Ninninger is boring. I would hope that since it may end up being the anniversary season they put effort into it

Those are rumours posted by Collider. Saban have not confirmed them.