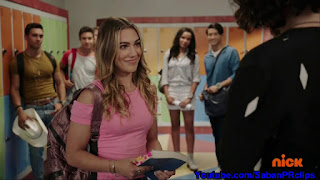 "Prepare to Fail"
Tynamon comes in with Badonna's favorite fighter Brax and she tells Tynamon she knows his secret. Sarah gets an A in the first half of a math test and feels her oats and doesn't study for the second half and fails. She is working on a superstar blade, Mick wants to finish it now but she ditches it to go to the movies. She learns she has to study regardless and even though the first half can be early, the end could be hard. They beat baddies easy first (Tynamon's idea to trick the Rangers) and then they are harder the second half. They fix the Super Star Blade which works with the lion star and destroy four skullgators.

Review:
It is a heavy handed episode. It is also cut-and-paste. The same thing happening in their lives and their ranger lives match but its so sloppy done. Also, the monster parts feel so lackluster and lazy. They pay attention more to the school parts. As a teacher, it is a important lesson but Sarah's acting is over the top, the cheesiness is distracting. 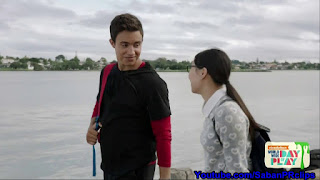 "Tech Support"
Emma is Brody's student and thinks she is so good she can help the Rangers. She gets lucky and thinks she can beat them and start boasting. When the monster Typeface puts a virus in the Ranger's weapons, they blindfold Emma into the base to work on the virus. She learns her lesson that sometimes fighting can be also technical support and calls herself a tech ninja. She apologizes to Brody afterwards.

Review:
Surprisingly well done and acted. Some people were saying Sarah should have been the Green Ranger from the Ninninger special. But I think they would have negated the reason for the episode. Emma learned she didn't have to be physical in order to fight back. Showing that Brody did private training was good too in order to show that the Rangers have other things going on. 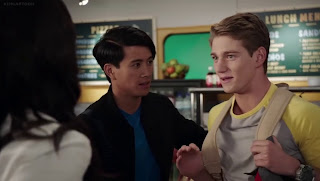 "Car Trouble"
A monster is sucking energy from cars and other things. He accidentally hits Victor and gives him electric powers that makes a Swedish spy interested in him. Calvin fixed a car and impresses a mechanic. The mechanic hires Calvin which was his dream so he quits school, which scares the others. Calvin boasts he can fix anything until he tries to fix the Lion Fire Zord and sees he can't and Mack can. He realizes he has to complete school and tells the mechanic he quits. They destroy the Monster and Victor looses his powers.

Review:
A ranger wanting to quit school is a new one but Tommy wouldn't had been far behind, having trouble with school before as well. Calvin hasn't always been the sharpest tool in the box. I don't like that these two seasons have been 'learn your lesson' episodes but this was a good one.
Posted by Lavender Ranger at 6:03 PM