This post was written for Henshin Grid -- The Blog. 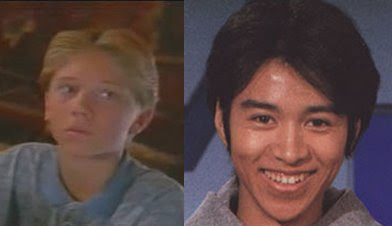 Drew McComick (Chromium Gold Borg) / Kouhei Toba (B-Fighter Kabuto)
Unlike Beetleborgs, B-Fighter Kabuto's team was a different team that the first B-Fighters. In fact, the two teams once team-up. Drew has the special ability of telekinesis which enables him to move objects using only his mind. Toba is a high school star athlete who is chosen to fight and is courageous. Drew was much younger than Kouhei but Kouhei was much younger than Takuya. 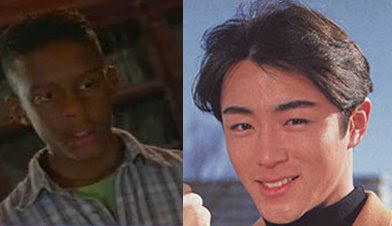 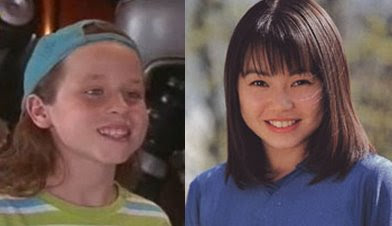 Jo McCormick (Platinum Purple Borg) / Ran Ayukawa (B-Fighter Tentou)
Ran was a computer expert, who left home when she was 15 and tends to think technically. Jo was just a tomboy who had superhuman strength.

Astral Borgs (Fireborg, Dragonborg, Ladyborg, Lightingborg) / Mac (Yanma), Li (Min), Sophie (Ageha), Julio (Genji)
In B-Fighter Kabuto, they were four individuals who got these special medals. Mac was Cacusian, Li was Chinese, Sophie was French, and Julio was from Peru. They taught the others new things. The Astral Borgs were created by Art Fortunes as a child.

Nukus / Raija
Nukus was creation of Les Fortunes, the overlord of the second dimension. Vexor brought him to life. He destroyed the Beetleborg's original powers. Raija worked under Mother Melzard and was a fighter/general in charge of the Melzard monsters (land-dwelling creatures). He died at Kabuto's hands in the finale. Nukus later gained a Mega form from touching Les Fortunes' transmographier device which he destroyed later.

Horribelle / Miorla
Horribelle was second in command of the Crustaceans, they were both the comrades of Nukus/Raija. When Raija was seemingly killed, Miorla took his petrified body to the Melzard Fortress and stayed by him until he awakened. Horribelle was upset she didn't like it that she didn't get a Mega mode.

Vilor / Dezzle
Dezzle is Raija's constant rival and younger brother, commands the underwater creature Melzards. After Raija was killed, Dezzle was granted with more power from Mother Melzard and became Dezzle the Great. He was destroyed in the finale. Vilor was third in command and not related to Nukus, he gained a super form and a mega form.

Posted by Lavender Ranger at 8:48 PM