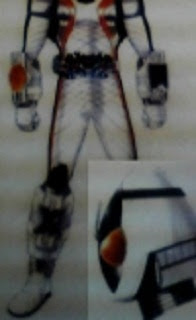 Rumors:
Fouze is a high school student, he inherited the Rider System from his father and he fights "Noa"(monsters).
He can't use the full power of Fouze and only uses a small portion of it.
He has 4 forms and he also suffers from memory loss.

2. Turbo (wrist) - either green or black 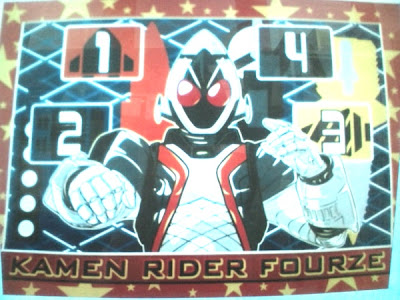 He obviously has a rocket team and might use cards or something like that on his wrist. I like the use of white, red and black instead of green or all red. His four forms seem to use the colors Red, Green, Yellow and Black (or Blue, hard to tell). 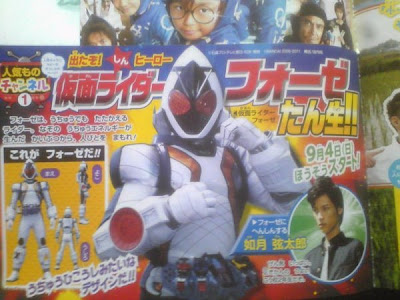 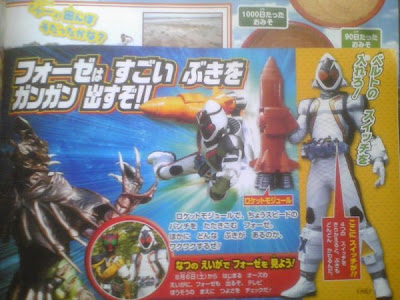 Posted by Lavender Ranger at 11:57 AM

This is so sucky man, worst kamen rider EVER!!!

First, worst design ever goes to Agito. Boring re-working of Kuuga. Second, the strong use of white is refreshing, it's not a common color for Kamen Riders.

I'm a NASA geek though, so I think the helmet and the theme looks awesome.