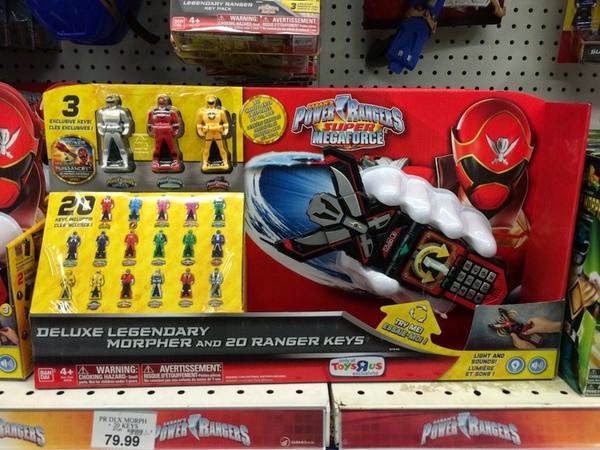 Thanks to @duleking16 for spotting this at Toys R Us. According to Razzle1337, this is now available on the west coast, hopefully soon throughout the USA. This is the Exclusive Deluxe Legendary Morpher and 20 Ranger Keys. Originally Razzle1337 found a pic it would have 5 members of MMPR, 5 of Megaforce, 5 of Samurai and 5 of Super Megaforce.
But later Fury Diamond of Rangercrew found a server pic that it would have the keys above, the box boasts that 3 are exclusive--Yellow Dino, Quantum and Silver Space Ranger. 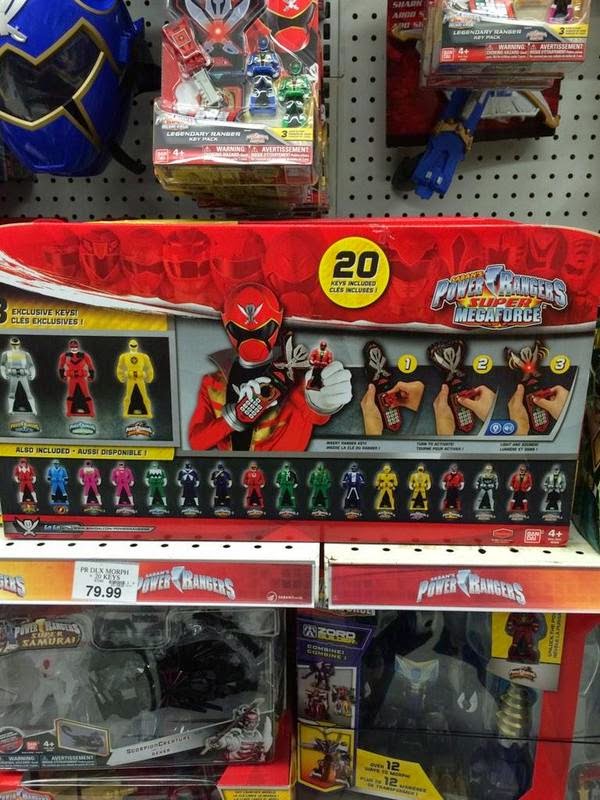 But for now, Pink Zeo and Pink Turbo are also unavailable in packs. In upcoming packs, it said there will (or might) be In Space Set B, Time Force B and Dino Thunder B. I hope Silver, Quantum and Yellow appear in those, it worries me what will be in those packs. Fans are hating how the set is $80. But like most Toys R Us exclusives, it should lower soon. Not a lot. Another complaint I seen from fans on Twitter and boards is that the other keys are covered so it is hard to see if they have good paint jobs or not. I complained before about the keys available, I would have changed a couple. I am currently underfunded so I won't be picking this one up unless it is severely reduced.