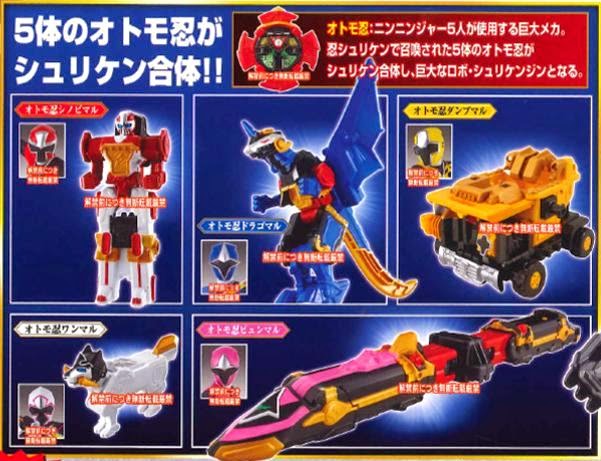 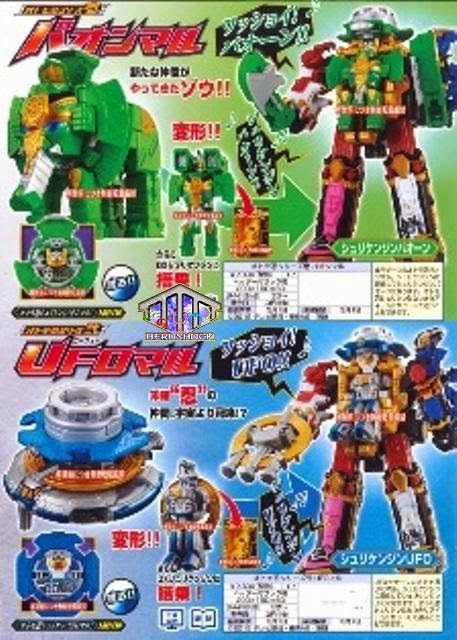 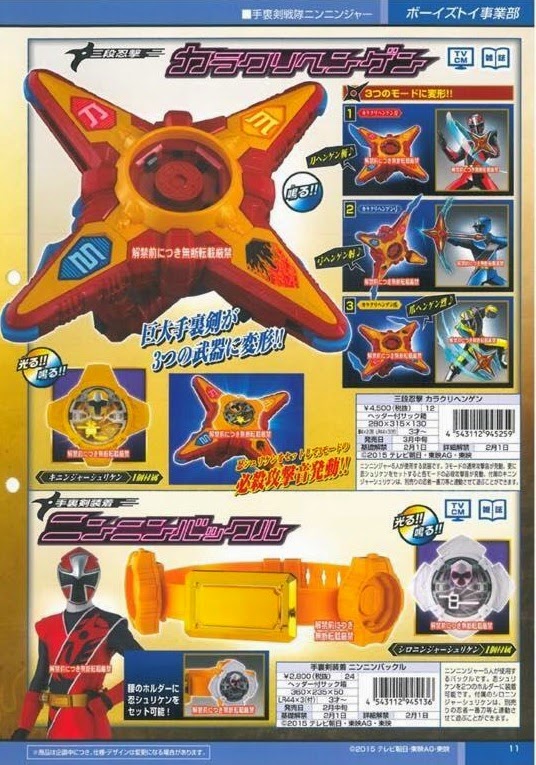 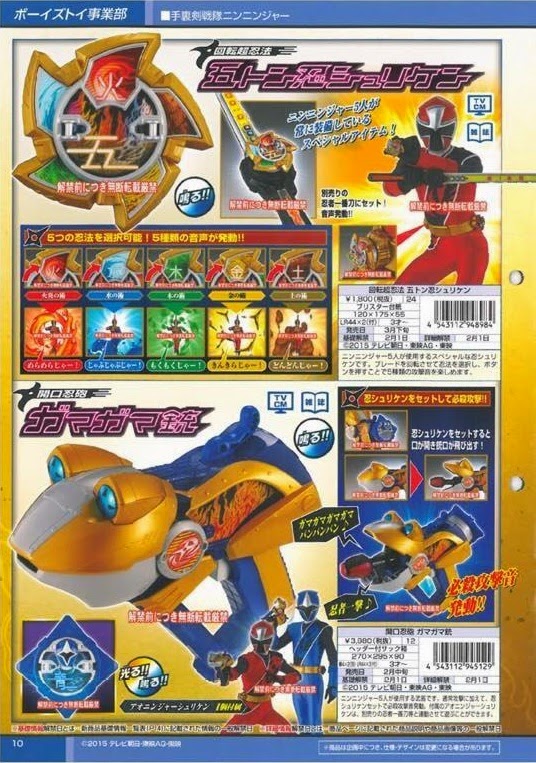 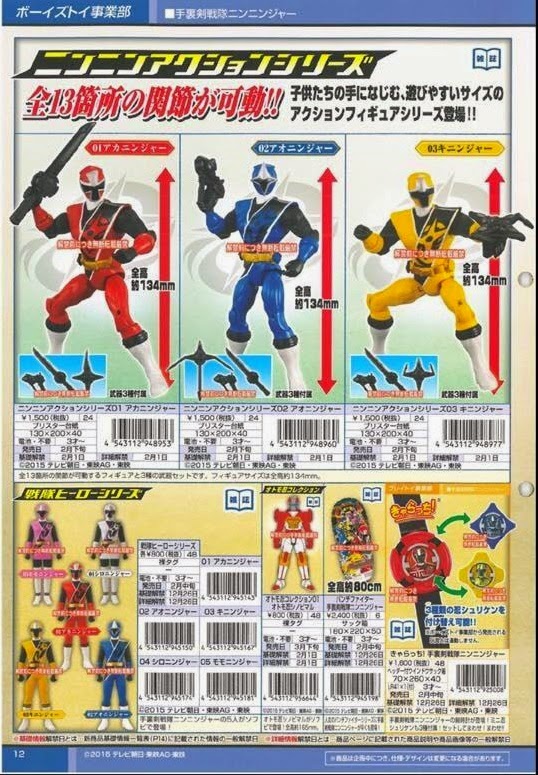 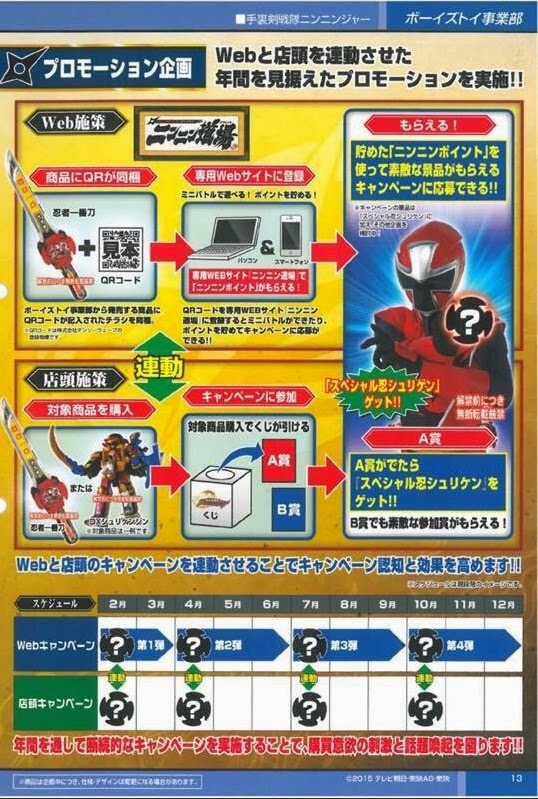 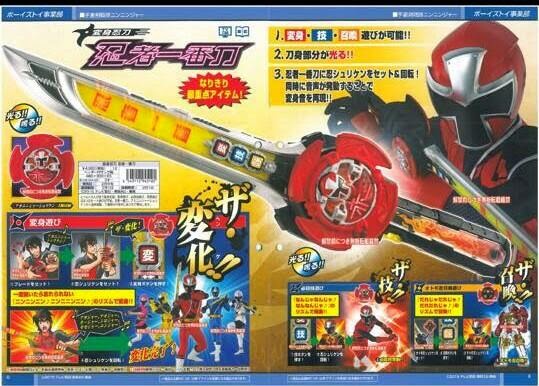 DX Shinobi Ichibangatana
The Ninningers’ main weapon and changer, the Shinobi Ichibangatana is a sword that all five Ninningers take into combat.
Pictures from: http://news.tokunation.com/2014/12/09/ninninger-dx-shurikenjin-full-catalog-reveal-23091#images and http://news.tokunation.com/2014/12/09/shuriken-sentai-ninninjer-catalog-details-online-including-changer-weapons-23080
Posted by Lavender Ranger at 6:33 PM

I can't wait to see the green sixth ranger! I hope it's a female!

I'm a little confused by the mecha themes? It seems like a mix of a lot of different mecha themes into one. Any ideas?