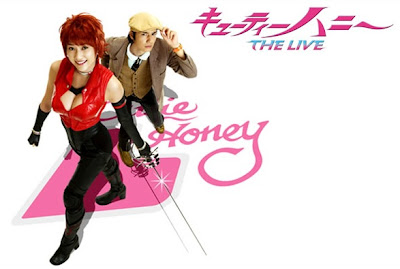 In 2007, a tokusatsu was made of the popular magna and anime Cutie Honey. Gravure idol Mikie Hara portrayed Honey Kisaragi, who is an android girl who can transform into the titular Cutie Honey by tapping on her heart necklace and saying the words "Honey Flash!" There were 26 episodes. 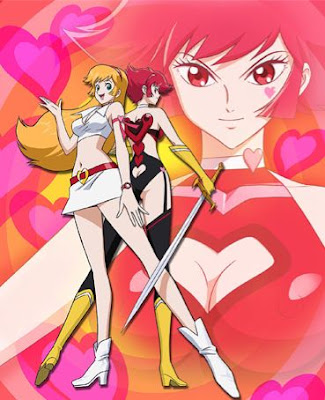 It all started in 1973 with the Cutie Honey manga that appeared on volume 41 of the 1973 edition of Shōnen Champion. oney is notable for being mischievous for a Japanese female hero, often teasing her male friends and mocking her enemies in combat. The live-action and animated versions share a common theme song, which has been covered many times by different artists. 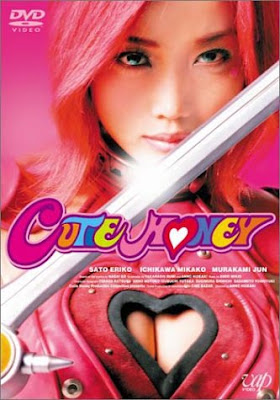 The 2007 series was proceeded by 2004 film that starred popular Japanese model Eriko Sato a and was directed by Hideaki Anno. In the USA, it was released direct-to-DVD in 2007 by Bandai Entertainment. Previously, the 1994 New Cutie Honey OVA was the only incarnation of Cutie Honey to have been commercially released in the U.S. It came in a special lunch box package.
Posted by Lavender Ranger at 5:11 PM