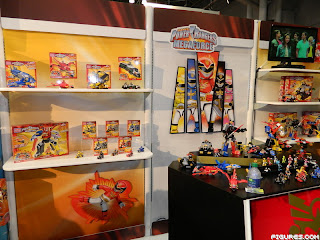 The New York Toy Fair 2013 was last weekend but it took a while here are the pictures of the upcoming Megabloks line. I wasn't so impressed with what I saw at the Licensing Fair but... 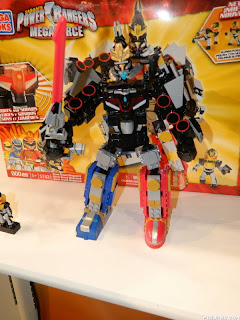 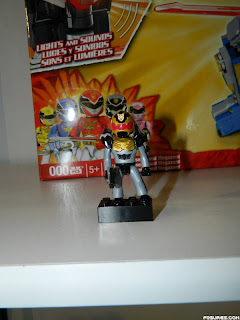 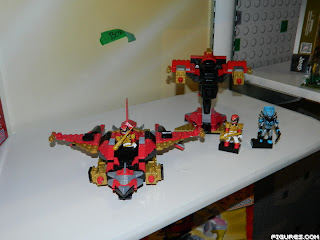 The blue figure on the right could be Vrax. 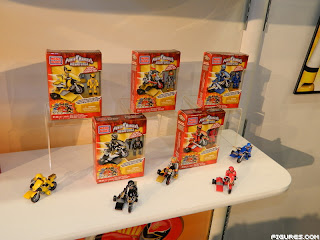 There are five bikes this year: Red, Black, Robo Knight, Blue and YELLOW?! I am glad for Yellow but Pink got shafted again. I am surprised they didn't skip Yellow this year because I thought that Yellow's sales were down, I still only see Yellow sets of Megabloks out there. 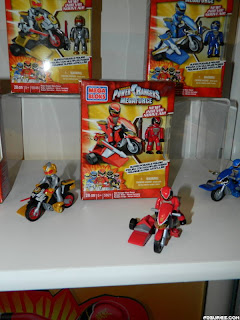 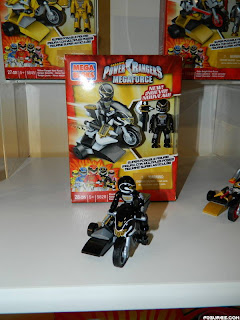 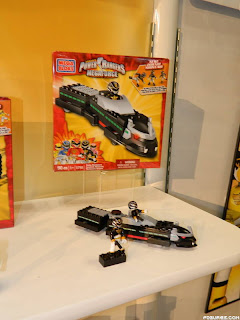 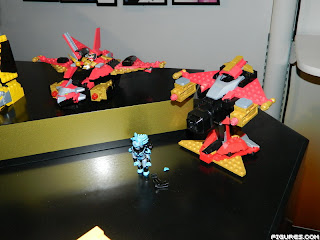 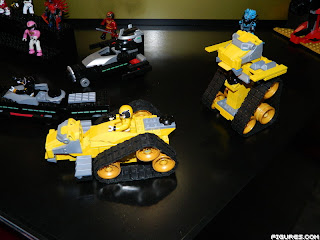 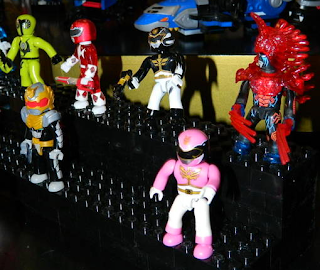 And here is a shocker.. MMPR Red figure?! He probably going to be part of the Blind Packs. Most likely Series 2. Series 1 Mystery Figure seems to be Robo Knight. I personally was obessed with the Samurai Mega Bloks but I was not planning to get any Megaforce in order to get the ACG cards and save up for the upcoming (hopefully) Ranger Keys. But I might pick up the MM Red Ranger figure. So now that they are releasing Mighty Morphin Rangers in the cards, Mini Battle Ready Figures, Mega Bloks and other anniversary stuff, I hope they release other Ranger teams.
For more check out the Official website of Megabloks﻿
Posted by Lavender Ranger at 9:53 PM

Just to let you know, it's Vrak and not Vrax.