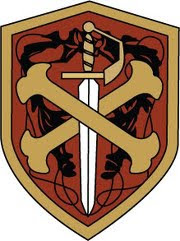 We used to get information on the new Super Sentai in December back in 2000 but nowadays it has become sooner and sooner. Because in Japan they have to have the copyright by Septemeber, we discovered the title, which is now referred to Kaizoku Sentai Go-kaiger (Pirate Squadron Gokaiger). Goukai means "heart, freespirited, heroic" or "The Ocean of Karma." It might changed in the future. All this information is from Dukemon22, I'm not putting it all up since he went through the trouble of translating the information from Japanese blogs and boards and putting it on his blog Toku Insider. Of course, if you don't want to be spoiled, don't go to the blog.

Basically it is a team that travels in a Combat Mothership, that also transforms and it goes through the 'seas of worlds.' The Ranger's belts have a compartment to fit little action figures of past warriors, that may be like keys... (sounds like the mix & morph Bandai America toys) It is not for sure yet, but they might be able to transform into former warriors. The team's pirate emblem looks a bit like the Crossbone Vanguard of Crossbone Gundam. There is not much info on the mecha, only that they will be a bit like the Go-Onger and Goseiger mecha. Through an insider of the show, the world of Himitsu Sentai Goranger is scheduled to appear. Offers have already gone out for past Sentai actors to come back and reprise their roles. Miyauchi Hiroshi/Aoranger (and Kamen Rider V3!) is definitely to return as a guest. Villain BioHunt Silva of Bioman is also scheduled to appear. The Go-Kaiger will premiere in the Goseiger vs. Shinkenger teamup in early 2011. 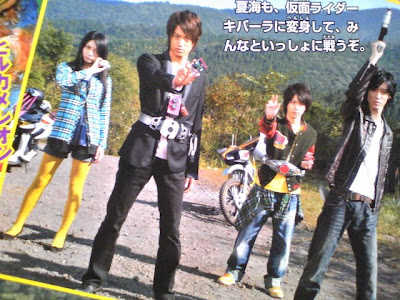 American fans are already drawing comparisons to Kamen Rider Decade, how they traveled to other worlds of past Riders, transformed into former Riders, and was for an anniversary. Go-Kaiger is for the 35th anniversary but it seems they are indeed getting former cast, unlike Decade which re-casted actors. Fans did not like how Decade ended with no real ending and the spin-off movies didn't really give solid answers and were ambiguous. They are hoping that does not occur with Go-kaiger. I doubt it as it seems like this will be a full 'season' unlike Decade that only lasted half a year because Dukemon said it would have a winter 2011 movie, but that could be a spin-off movie, we'll see. Power Ranger fans are already jumping off the ship, with speculations about the Power Rangers season (most likely 2013) that might adapt this upcoming season, but I believe that it is way too soon and we should just relax. 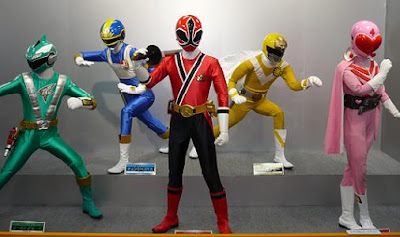 I highly doubt 49 episodes (common for Super Sentai this days) will visit worlds representing all 34 'seasons' or series of Sentai but at least most of them and I am sure at least one warrior of each series will appear in some capacity. The rumored colors of Go-Kaiger: Red, Blue, White, Yellow, and Violet; no word yet on which ones would be female--I'm hoping for violet and white.

Here's to hoping they can find all the original actors. Good luck to them.

Dimension Traveling Pirates kinda makes me think of good old DiEnd, rather than Decade himself....but then again, they are probably the One Piece kind of Pirates...they could even have a good Team Up with OOO at some point, kinda like Decade did with Shinkenger. Greeds and Yummy are pretty much made out of "Booty" afterall.