Avid readers of this blog already know but this is to clarify for other fans. In Gokaiger, Gokai Silver will premiere sometime in may and he represents 15 Sixth Rangers and they appear on his phone and he will have their Ranger Keys. 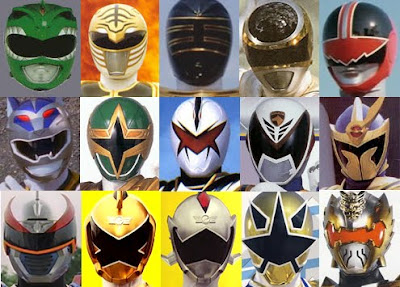 Dragon Ranger, Kiba Ranger, King Ranger, Mega Silver, Time Fire, Gao Silver, Shurikenger, AbareKiller, DekaBreak, MagiShine, BoukenSilver, Go-On Gold, Go-On Silver, Shinken Gold and Gosei Knight. As you can see AbareKiller is being counted even though he came fifth but had a 'sixth' attitude. DekaBreak was technically 7th but took the place of a 6th.

These illustrations of the Ranger Keys have appeared on Dice-O.com, the actual props haven't appeared yet. Dragon Ranger key will be available as a toy for sale along with the Gokai Silver key with his transformation phone. With his anchor item, comes with MagiShine, DekaBreak, Shurikenger, and Shinken Gold Ranger Keys.

Many fans, including me thought that Extra Heroes would have a 7th Gokaiger extra hero but it seems there won't be one. In upcoming 199 heroes movie in June, 10 Extra Heroes appear. They are Signalman, Black Knight, MagiMother, Wolzard Fire, Shinken Red Karou, DekaMaster, DekaSwan, Zuuban, Mele and Rio. Many wonder where Ninjaman is.

Recently on the Dice-O site, there are signs that there is a Kuro Kishi (Black Knight) and DekaMaster Ranger Keys. We don't know if they will be available as toys or will any the Gokaiger actually use these keys in the movie or show. One theory people have is that the Extra Heroes in the movie will give the Gokaiger their own Ranger Keys. Fans spot that Deka Master didn't appear in the Legend War but when Doggy Kruger appeared in Episode 5, he didn't seem to have his powers. I think the two above keys are much like Wild Force Yellow Ranger having a skirt, just a promotional thing but nothing related to the show. But we are so used to Toei/Bandai having their spit together that maybe they slipped up (evident that we don't actually see the image of Black Knight). 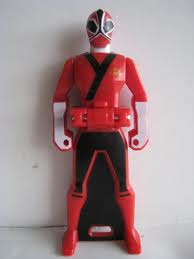 About the extra heroes giving keys, one fan brought a good point in Rangerboard. I forgot who it was, but they said it would pointless for Karou to have her own Ranger Key... because if a male Gokaiger uses a 'female red' key, the suit would still become male and if a female used the regular male key, they would get a skirt. And GokaiPink used the ShinkenRed key and gained a skirt in the Preview Stageshow. So 7 more Ranger Keys of Extra Heroes to go? 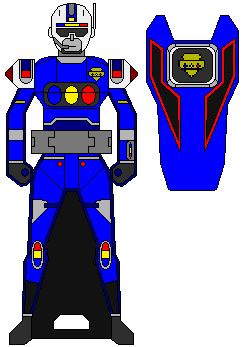 Fan Zeltrax541 made these. Above are Signalman, Zuuban and Kuro Kishi (Black Knight).
Posted by Lavender Ranger at 10:05 AM

I thought Black Knight's name was Bull Black... guess I was wrong.

i'm pretty sure they'll have keys for every hero. heck they might have an extra hero warrior who uses those keys but only shows up for a few episodes.

just one question, would not be the same with the female ShinkerRed extra hero key because the keys are not marked gender differences so we can say that technically we would have the key for Kaoru already?

that is the point i was trying to make, orez33

What about VRV Master? He only showed up once in Carranger right? But he (as phantom ranger) showed up through "In space" in power rangers.

The fact that Power Rangers considers him a ranger, instead of a ranger-like ally means he's more qualified than signalman Q.Q

When will there be a Power Rangers season based on Gokaiger?

do we have the front of the Black Knight/Bull Black Key yet?