JAKQ
Their helmet symbols where are their buckles. Big One's symbol was the B.

Denjiman
Each had different letters on their buckles, I for the first, since it looked like the first half of a 'D' and then their color letter, P, B, R, Y, and G.

Zyuranger
We know the power coins, they were in their morphers. To use Zyuranger terms, in their Dino Bucklers.

Dairanger
Their Lailai jewels had the animal symbols on them. I'll look for the white one, I have it somewhere.

Ohranger
Their visor shapes were on the group insignia buckle. 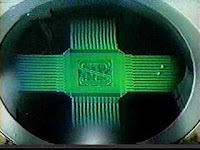 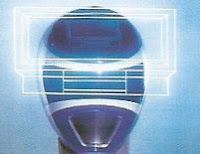 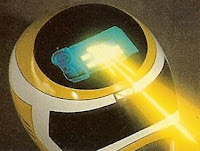 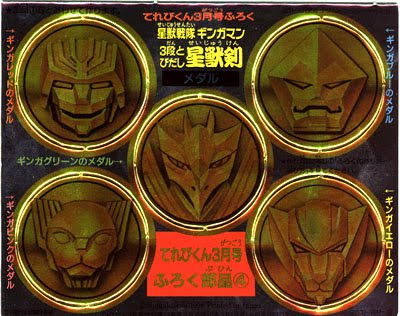 Gingaman
We didn't see these that much up close in Lost Galaxy but they did appear behind them when morphing. They were on the Quasar Sabers.

GoGoV
These symbols are more familar to Japanese because they use these symbols in real life. Red was the CCFD Special Rescue Brigade, Blue was the Chemical F.F. Brigade, Green was Helicopter Brigade CCFA, Yellow was Capital Police Dept. Sergeant, and Pink is National Hospital Seaside. Since Titanium was American, I don't think his visor shape was anything relate to Japanese rescue symbols.

Timeranger
Tehir visor symbols were on their group buckle.

Gaoranger
The symbols on their chests, they had different names in each country, well slightly different. Blazing Lion in Japan and America, Leon Ardiente for Mexico and in Spain, it was León de Fuego. Noble Tiger in America, Tigre Noble for both Mexico and Spain and Belle Tiger in Japan. Iron Bison for America and Japan, Bisonte de Hierro for both Mexico and Spain. Surging Shark in Japan and America, Tiburón Fugaz in Mexico and in Spain, Tiburón Emergente. Soaring Eagle in America, Águila Elevada in Mexico, Águila Planeadora in Spain and Noble Eagle in Japan. Lobo Aullador in Spanish, Howling Wolf in Ameirca and, in Japan it was 'Sparkling Wolf. 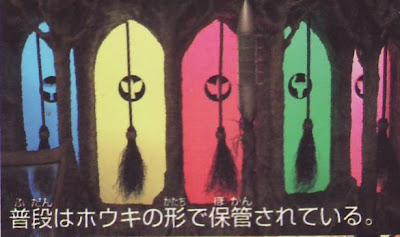 Magiranger
I couldn't find a clear enough pic but these were the symbols for each Ranger. MagiShine/Solaris Knight had a 'S' shape symbol.

Go-onger
The Go-ongers' mecha are the Engines. They were used a lot, not only on their uniforms but on their jackets, around their bus and in attacks and the songs. The symbols were also in their cockpits. The symbol was their number combined with their animal. 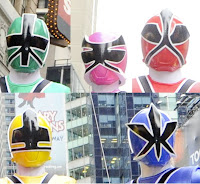 Shinkenger
Their helmet symbols were their kanji they drew when they transformed. 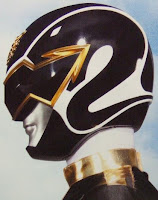 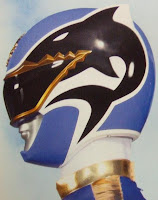 Goseiger
The symbols on the side of their helmet. Mostly used for attacks and the opening sequence.
Related: http://henshingrid.blogspot.com/2011/02/super-sentai-emblemssymbolsinsignias.html | http://henshingrid.blogspot.com/2011/02/power-rangers-emblemssymbolsinsignias.html
Posted by Lavender Ranger at 8:54 AM

The insignias of the Turboranger (their helmets and letters on their belt buckles) were based on their vehicles of choice.

You called the quasar sabers the galaxy sabers. :|

Sorry, I have terrible OCD.

Interesting... I didn't know that about the Megaranger and GoGoV emblems.

You forgot Goranger's emblems. Notice the number of stripes on their chest, as well as their individual visors. Also, I'd like to point out that you also missed Battle Fever J's individual emblems [namely their shields and helmet designs.]