I don't like re-posting posts from other sites when it has already been 'reported' but I do this in fear of getting a bunch of comments and e-mails on if I'm gonna cover it like I did for the Gokaiger Wii Game and other miscellaneous stuff. Just because I post it, doesn't mean I like it. 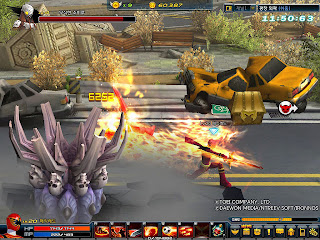 The following is from MMO Culture: http://www.mmoculture.com/2011/10/power-rangers-online-kr-game-trailer.html This is about the Korean online game called Power Rangers online, based on Mahou Sentai Magiranger (2005), the game uses the characters from Magiranger and not Mystic Force. It is an online game, but at the press conference, they used Goseiger suits, no one knows why. This is not related with the American series at all. 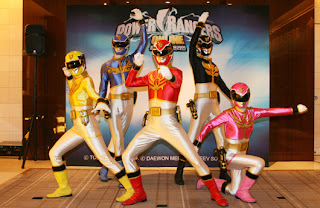 Posted by Lavender Ranger at 10:16 PM

it probably had something to do with Korea currently airing Goseiger.

Cross Promotion and such.

The Korea have been using the word Power Rangers while airing dubbed Super Sentai. It has nothing to do with the real Power Rangers in US. In fact, there might not be any Shinkenger in that game because it doesn't aired in Korea...