Thanks to Abiel Joshua Sywho brought this to my attention because I had no idea.

恐竜戦隊コセイドン/Kyōryū Sentai Koseidon (Dinosaur Corps Koseido)
I had no idea about this series, even though it is called Sentai, it is not an official Super Sentai and the hero was not part of a team but it was just one guy. I don't know if it is from Toei. Four men and two women, all wearing the same orange-red uniform, travel backwards through time to rescue scientists studying dinosaurs and end up fighting alien invaders who if not defeated will change history. The time travelers are from 2001. This series came out in 1978. It had 52 episodes. It was a Tsuburaya Productions production and aired on the NECO channel. 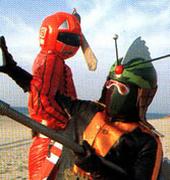 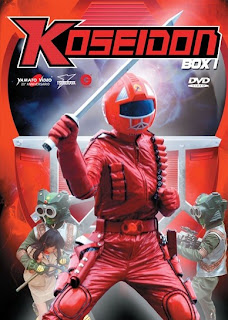 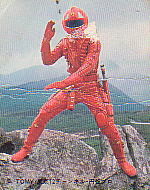 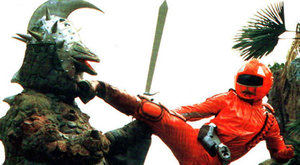 The fan believes Gobusters look like this guy because of the jacket. 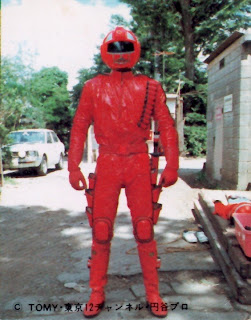 The suit actors for him were 二家本辰巳 who did Ultraman Leo and Tetsuya Onishi. Info from the Japanese Wikipedia. 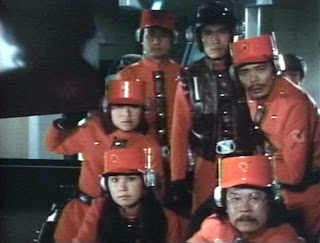 Posted by Lavender Ranger at 10:40 PM