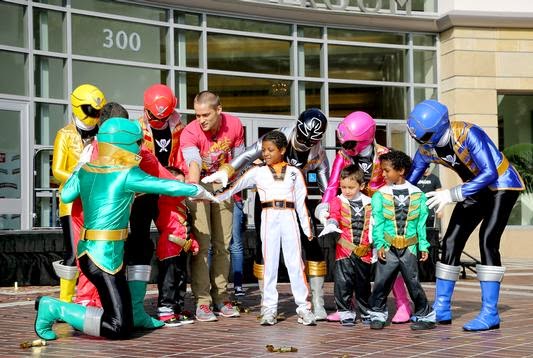 5 kids thanks to the Make-A-Wish foundation dressed as Power Rangers 'fought' alongside the six Super Megaforce Rangers against Argus and X-Borgs Saturday Morning August 23rd, 2014. Also there was host Alex Heartman (Jayden/Power Rangers Samurai) and Matt Mullins (Len/Kamen Rider Dragon Knight). Paper crown hats looking like Red Supermegaforce and Pink Supermegaforce Rangers (like Burger King crowns) were given out as well to kids and guests.
Picture from:
http://www.kob.com/article/stories/s3541049.shtml 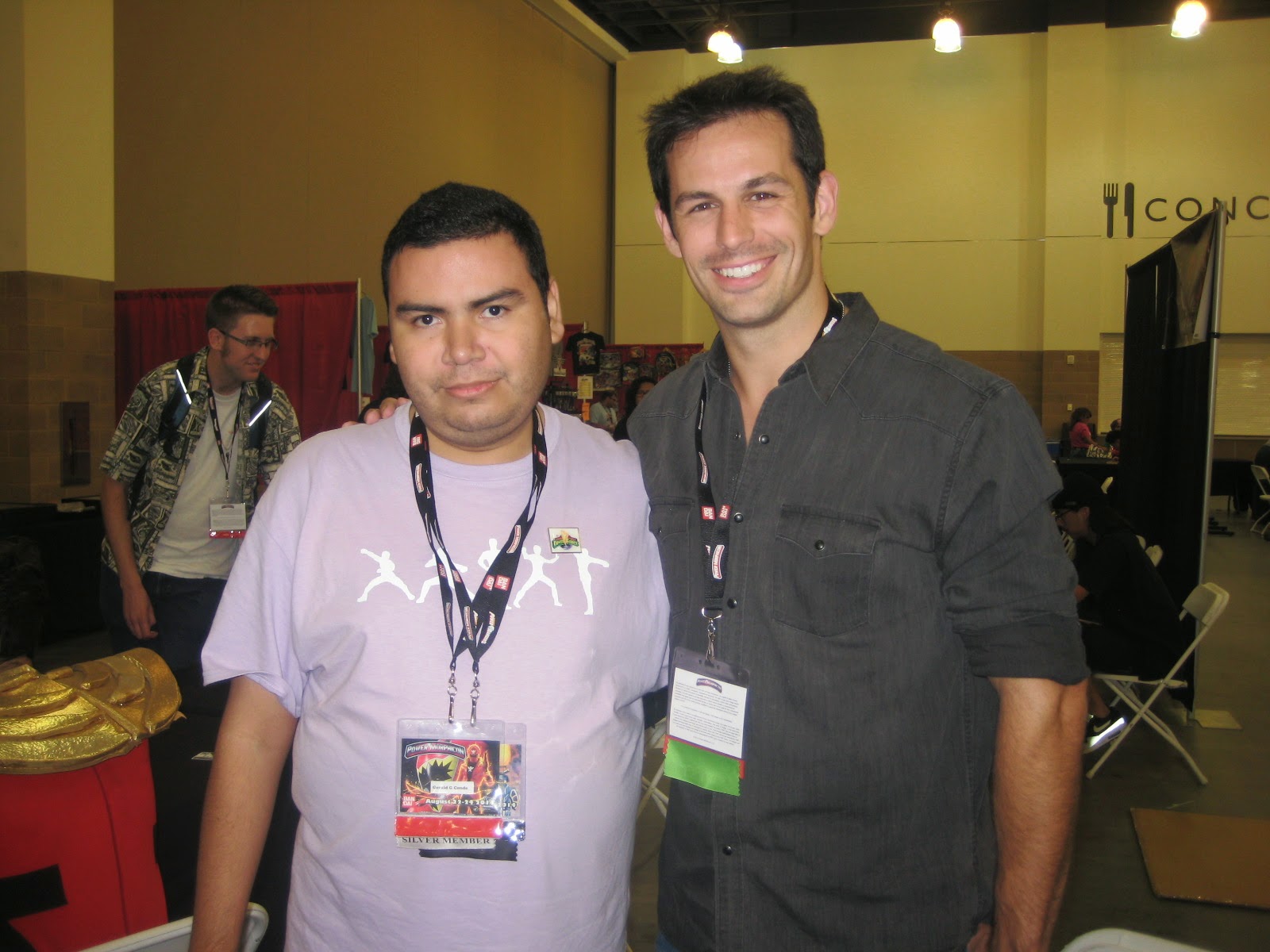 I look mad but I was tired. It was a thrill to meet Matt Mullins, he was only there for a little bit. He actually was helping with the rehearsal of the Power Rangers Super Megaforce suit actors when doing a Make-A-Wish event at 8:45am at Power Morphicon. He had glasses on, he says he was in Clark Kent mode. They had 6 rangers, a couple X-Borgs (both colors) and Argus (Barizorg from Gokaiger). Argus looked so awesome but I couldn't take pics because they told me no. It was a surprise for the Make A Wish kids. And I didn't take pics of the event because I was in line for the Ranger Keys.
The following videos are not mine but are of the event:
From member kimwil01w
NR_chris
Kobe's World
Behind the Thrills
﻿
Posted by Lavender Ranger at 2:39 PM