Lavender Ranger's Editorial: Power Rangers and no other American Tokusatsu series won't meet the same height of popularity as MMPR in 1993

Lavender Ranger's Editorial:
Power Rangers and no other American Tokusatsu series won't meet the same height of popularity as Mighty Morphin Power Rangers in 1993
﻿
When Saban took over Power Rangers again in 2010, it was believed that Saban Brands wanted Power Rangers to reach the height of popularity as in 1993-1994. Some fans believed it wouldn't reach the same height. And it has not. Now, what exactly is popularity? It is a mixture of things. It is a combination of television ratings, toy sales, merchandise sales and other similar factors. In a panel at PMC 4 (2014), old producers like Doug Sloan and Robert Hughes specifically said that times aren't the same, kids aren't watching television the same way and neither do they still buy as many toys what with iPads and video game consoles like DS, etc. It is true that kids use tablets and phones much more for video games and also television shows. I think a lot of those factors affect this.
Now why do I think that no new Power Rangers nor any other American Tokusatsu series would reach the same height is because of the aforementioned factors and also the new series aren't meeting the same factors as MMPR. Now what do I think about the new movie? I don't know. It is too soon. It depends on how it is handled. If it manages to appeal to both older fans like us and kids, even outside audiences that aren't fans, have heart, smarts and humor and also has great promotion, then the movie may have a chance to reach true popularity. Also notice I say 'as before' a lot. Here are some factors: 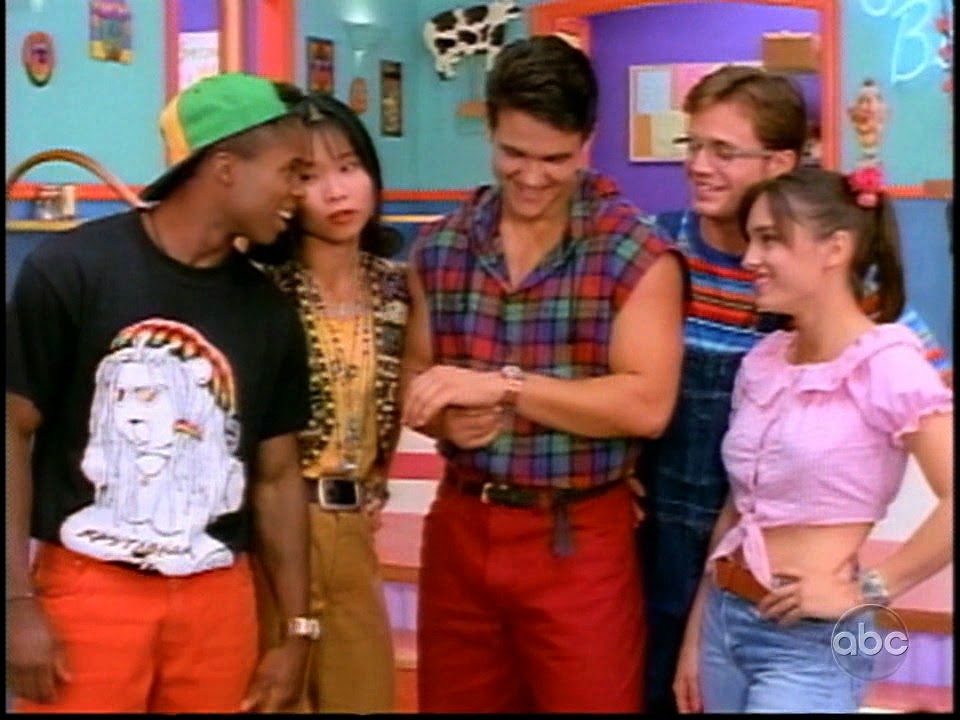 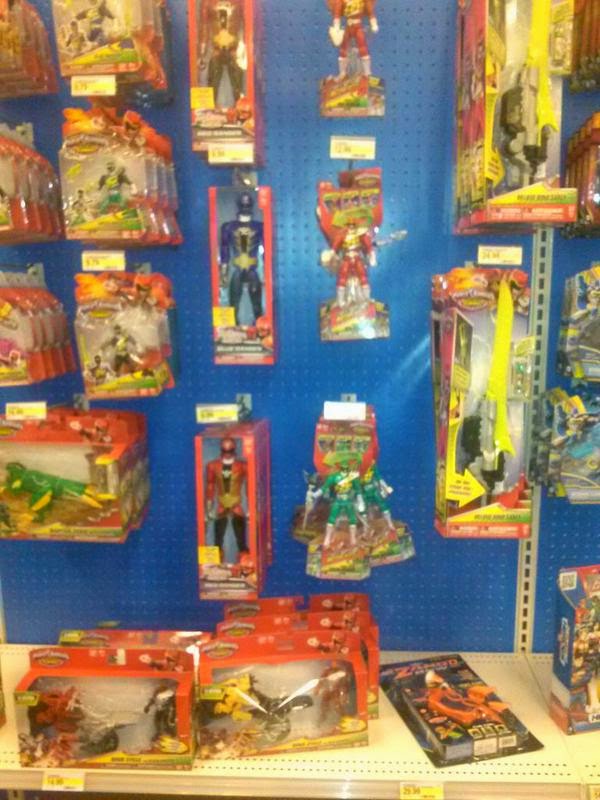 2. Kids not buying toys as much as before
I didn't believe this when I first heard this but it is kind of true. Kids still buy toys. But kids have way more video games in many different media than before. There are phones, tablets, video game mobile consoles and the consoles themselves are more interactive. Also the toy market isn't the same anymore. Also Wal-Mart, Target and K-Mart have changed toy stores. We used to have Lionel's Playworld and K*B Toy Stores, now they are gone. The only major toy store is Toys R Us and the stores that used to be K*B are now Toys R Us Express and just as expensive.
Sources:
https://therealityprose.wordpress.com/2013/01/17/what_happened_with_lego/
http://io9.com/are-hasbros-dropping-toy-sales-a-leading-indicator-877652987
http://www.bloomberg.com/news/2014-10-16/mattel-third-quarter-net-misses-estimates-as-barbie-sales-fall.html
http://www.usatoday.com/story/money/business/2012/10/20/toy-sales-slowing/1644957/ 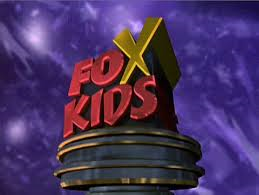 3. Television isn't appointment television anymore
Like with adults, television isn't appointments anymore for kids. Back in the day (50's), there was no VHS and people had to sit down to watch a show at a specific time. Then VHS came and then DVR. So people can watch their shows at any time. As for kids, cartoons and children programming was only on blocks on networks like Fox Kids, ABC Kids, etc. There was Nickelodeon and Disney Channel since the 80's but cable is more accessible now. But there is more cable channels for kids, they repeat shows and there is on Demand and Hulu, so ratings are different now. Ratings are hard to measure now with videos online and on Hulu, etc. 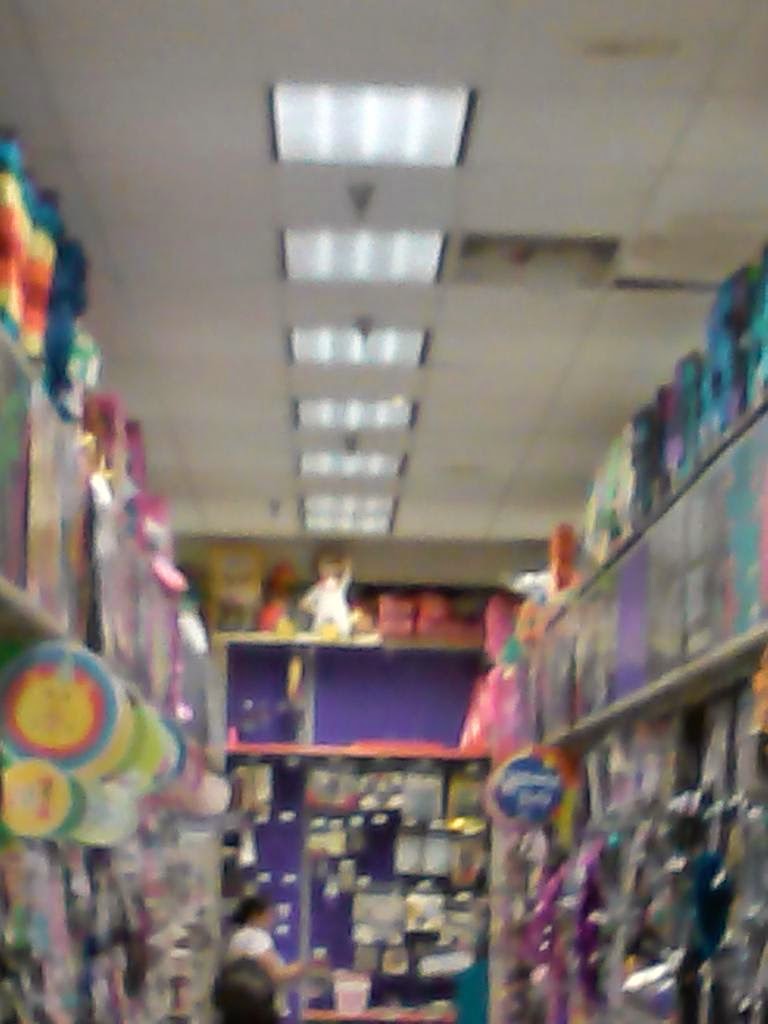 4. Other Merchandise isn't visibly seen as before
Back in MMPR days and even Disney days, Power Rangers merchandise was more visible like Bed items, birthday cards, Bath items, Bicycles and Skateboards, coloring books, posters, etc. Now that Saban Brands has it, we do see those items but not as much as during the Disney days. For example, in big mylar balloons, I only see 1 Power Ranger balloon when there is 50 Frozen and Iron Man balloons. It is not only Disney, Nickeldeon stuff like Ninja Turtles and Spongeboard has more merch than Power Rangers. In the above picture, you can see one Dino Charge pianata up at the top shelf to the left. 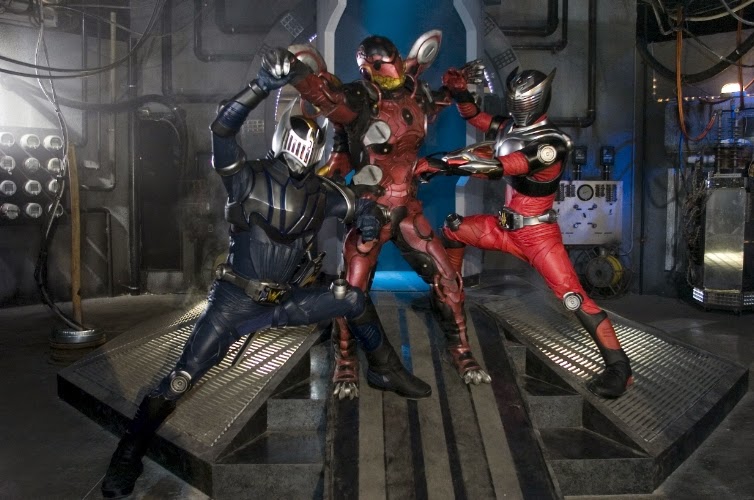 5. Other American Tokusatsu Series
VR Troopers was released in 1994 and Beetleborgs in 1996 by Saban Entertainment and they were hits. But Doug Sloan and Robert Hughes said Saban wanted them to be as big hits as Power Rangers was. They were hits but it wasn't enough. Doug Sloan and Robert Hughes both agree that it just wasn't going to be as big as it but they were just as good. Maybe when the footage ended, they didn't want put more money into it to make new footage for another season. When Kamen Rider Dragon Knight came in 2009, it is often compared to Power Rangers. That is the danger with American Tokusatsu, it will always be compared to Power Rangers. But that is not the only reason KRDK failed, there is a lot of other factors that I covered in an older post. If Saban Brands did adapt a Kamen Rider series, it would probably be on Nick and would probably suffer from reduced episodes like Power Rangers.
Conclusion
Are Ninja Turtles as popular as before? Is even Batman? I mean, Ninja Turtles has more name recognition and is more universally liked than Power Rangers. Ninja Turtles, that I know, doesn't have a convention like Power Rangers. Power Rangers is still considered a joke to people born before 1990 other than fans. While Ninja Turtles is more 'respected.' My point is that 'popularity' is a selective notion. So when I mean that PR won't be as popular as it was in 1993 has to do with all of above and pop recognition.
Posted by Lavender Ranger at 7:09 PM

I believe that not only will MMPR not reach the same popularity as the 90's, kids programming in general will never reach that either!! Kids progamming came on at a specific block on tv. When I was growing, I always knew from 6-8am I could watch shows like Captain Planet, Savage Dragon, Double Dragon, then from 2-4 it was MMPR, Beetleborgs, Eek the cat, etc, and on Saturday 8-12 was new episodes of Power Rangers, Beast Wars, Mystic Knights of Tir Na Og, ete. Even channels like Nickelodeon and Disney had kids programming, but that has changed now, SADLY

I think this is all about culture and this dictates the taste of the kids being brought up.

Japanese children are bombarded with these toku shows while American children grow up with Disney films (alongside cartoons from various studios), not to mention superhero movies from Marvel and the like.

Kids from the west have a very different perspective about superheroes and their toku (special effects) shows are also different from the toku from Japan, which some may find silly (like the roll call, i.e. you won't catch Batman, Superman, and Spider-man doing poses and roll calls like the Super Sentai or Kamen Rider).

Although this is not true to all kids, the future of Power Rangers in America and other westernized countries may be dictated by taste and distaste.