We pick up where we last left off, Usagi using the Moon Stick and crystal against Metalia, Mamoru gives her strength and Luna does to, from the moon where she prays. Luna temporarily transforms into a human form which Artemis sees. With Mamoru's help, Usagi manages to destroy Metalia. Her brooch breaks and Usagi returns to her human form. She and Mamoru are called to the Moon by Luna. 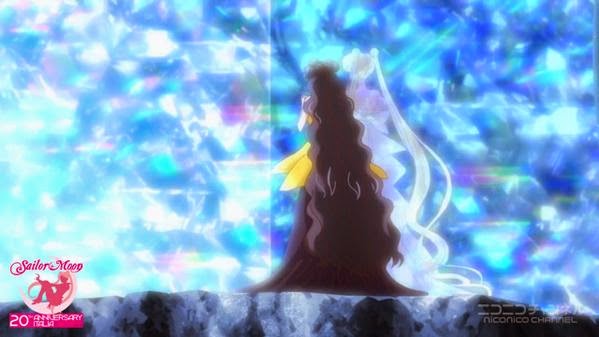 On the Moon, the palace has returned and Luna wants Usagi to return to restore the Moon Kingdom. Usagi says she would miss her family too much and she thinks the reason she was reincarnated was to live all together. Queen Serenity asks if this is so, Usagi says yes. Usagi is given a new brooch to insert her crystal into. She returns to Earth, transforms and restores Ami, Rei, Makoto and Minako. 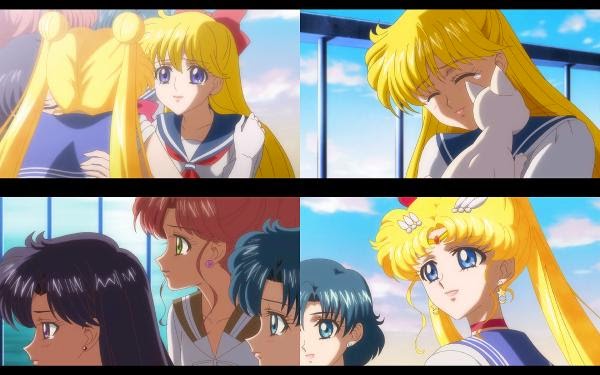 They have a happy reunion. Artemis deduces that they lost their transformation forms to help Usagi. Weeks later, Usagi and Mamoru exchange the pocket watch and the handkerchief. When Usagi and Mamoru kiss, a portal opens above her, drops down the Luna Ball on their heads and a little pink hair girl falls down. She gets in between the two and hug Mamoru and knocks Usagi down. Usagi is upset. The girl says her name is Usagi and says Usagi copied her hairdo. She draws a gun on her and asks for the crystal. 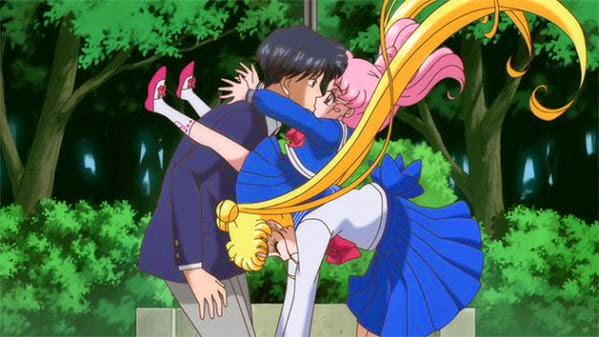 Review:
Next month is Sailor Mars' ep and the girls get new transformation pens. Basically the next half of Sailor Moon Crystal covers the Black Moon Arc A.K.A. Sailor Moon R. So basically this episode closes up all the holes and ties everything up in a neat bow. I like that it extended to this long as it gave it a more epic fee. I am glad Usagi did the destroying of Metalia on her own. Not for nothing but I did like the ending with Chibi-Usa, the animation was crisp and the editing was on target. As for human Luna, I liked that little nod. Glad Luna is getting some character development. It's probably all it will be for the rest of the series.
﻿
Posted by Lavender Ranger at 5:38 PM