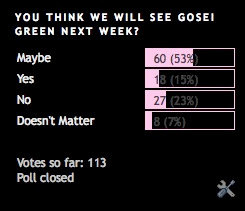 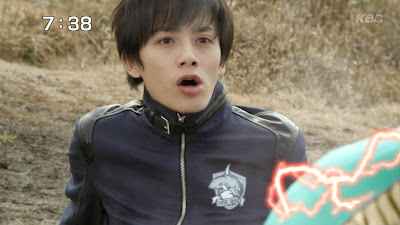 "Hyde's Partner"
The episode starts out with Hyde discovering Kurasunīgo, the alien that killed his tribes member Magis is back. He transforms and fights him, the others arrive and are unable to hit the fiend. He gets away and Hyde had to tend to a wound. Pink offers to help but he rejects her help. Master Head asks him if he forgot the mission. Hyde wants revenge. 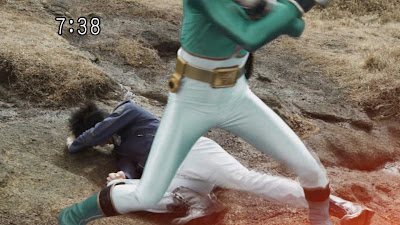 Kurasunigo tells the head bad guys and Master Head tell the Goseiger about that day. When they were training, Blue was fighting the alien and he de-powered him. Then Gosei Green (ゴセイグリーン) came into the scene, we only see the lower part of him, we do not see his helmet. He quickly is powered down by the alien. 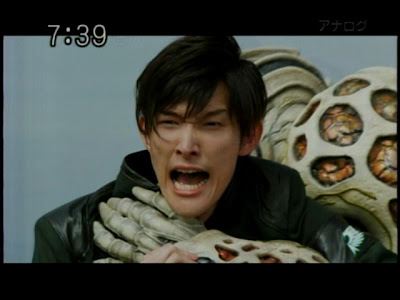 Magis is played by the guy who played Deka Green. Magis tells Hyde to go away and save himself. He and the monster fall off a cliff. Hyde goes to the shore below to comfort his friend. His friend is dying and gives him some parting words. So the Goseiger didn't know Magis because that was when Hyde and Magis were training on Earth. 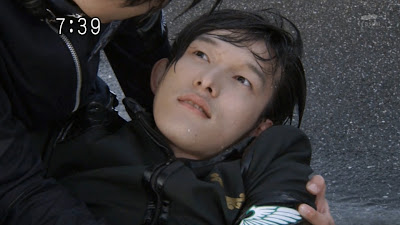 Hyde remembers this on the same spot his friend died. Hyde returns home and encounters a crazy guy, friend of the scientist. This crazy guy has a funny hat and is an expert of aquatic animals. Hyde visits him and they have a talk. Meanwhile the Goseiger fight the monster and Hyde comes just in time to defeat him. He grows huge and they defeat him with Seaick Gosei great, but not with some trouble. The episode ends with Hyde saying goodbye to his friend and being joined by his team. 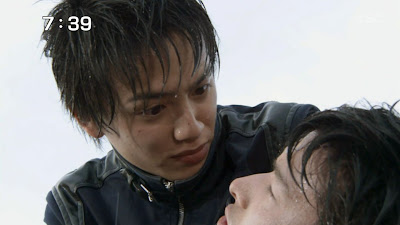 Review:
Good episode. It did indeed give us a glimpse of Gosei Green. But no animal or helmet. For an episode of a Ranger dying, it was pretty basic. Since we didn't know the character, all the grief falls on Hyde. We have seen Rangers with grief over a fallen comrade before in past Sentai series, but this one doesn't hit you on the head with a hammer. Hyde has been serious before but now we are given the reason more or less why he is how he is. But, he wasn't that rough to his teammates before. The episode indeed does give a good reason to why there is only one Seaick member. As I watched this episode, I wondered what they did to Magis' body.

Gosei Green will probably come back in a later episode in one form or another, toku can retcon deaths like nothing I know