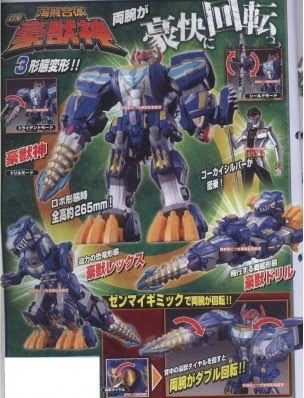 GoJyuJin, which is real close to Gouryuzin. So it is a T-Rex that becomes a robot an also a weapon. 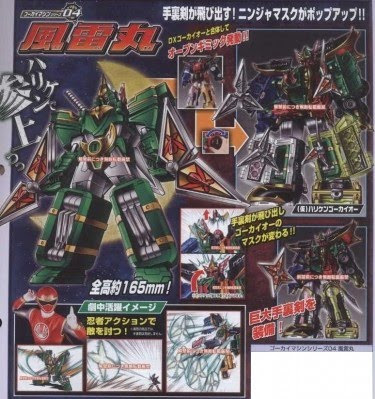 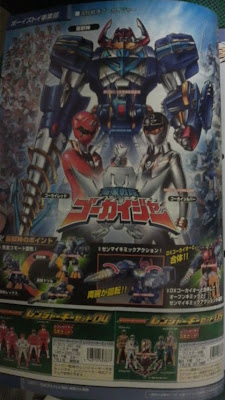 Jun Ikeda is the rumored actor for Silver, Barizorg is still rumored to be Gokai Silver and Barizorg's human identity is rumored to be "Syd" (Shido). 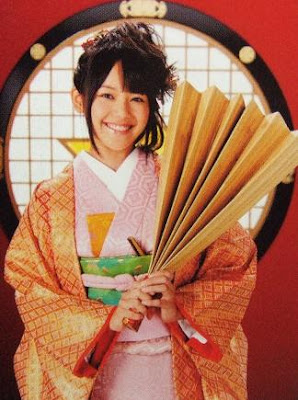 Rumor is that Karou will be guest-starring for the Shinkenger episode, probably because Takeru can't make it. Not sure which episode it will be yet, I think maybe Episode 11, judging by how Episode 9 is Gaoranger and the Shinkenger Origamis are inside the Gao Lion toy. It would be great for a female Red Ranger to be referenced, even if she doesn't transform.

Related: http://henshingrid.blogspot.com/2011/02/first-new-toy-catalogue-info-new-ranger.html
Posted by Lavender Ranger at 9:27 AM

It looks like Red Racer to me in that key set.

the final red in red racer

The last red key appears to be Red Racer. It seems to have a small yellow square under the neck, and the blurry kana resembles its name.

He looks really sexy, even in the illustration as Silver.

Pretty awesome Mecha. It references both Zyuranger and Abaranger. Wonder if it is the the true Mecha behind earlier rumours about a Mecha that would have both a Zyuranger and an Abaranger Mode.