UPDATED 6/10/11
None of this ended up being the true, the only one that did was Ranger Key Set 2. This happens with rumors.
So it seems that we will be getting Ranger Keys for the other colors. But their collection have EX on them, as in Extra, so maybe we will only get one set for the colors that are not Red.
MARCH 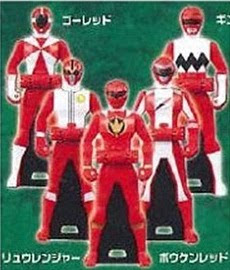 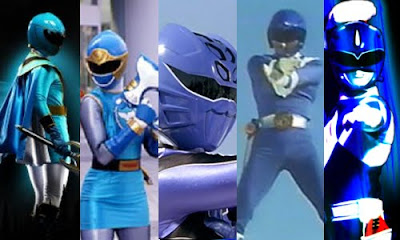 Deluxe Ranger Key Set EX- GokaiBlue Collection 01:
Magi Blue, Hurricane Blue, Geki Blue, Vul Shark, Triceraranger
It is interesting that two of the keys are female. Interesting that Denji Blue or Aba Blue are not included. Magi Red and Geki Red were including in set 1 of Red. 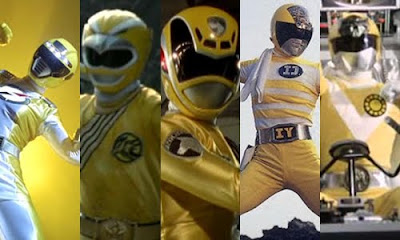 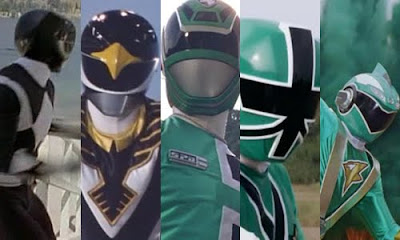 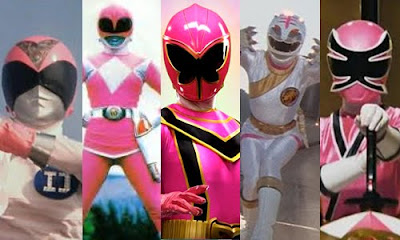 Deluxe Ranger Key Set 03: Battle Japan, Red Hawk, Ryuuranger, Mega Red, Time Red
Ryuuranger was seen in the showcase of the Gokaiger toys but was of the Gashapon series. 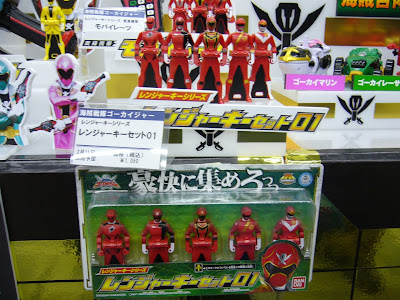 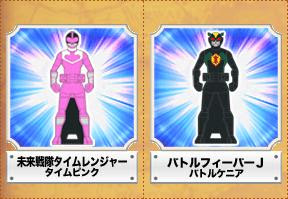 The keys shown at the premiere are not the ones from the DX sets. It's a set of 16 Gashapon keys.

Whats the difference between the 16 Gasphapon keys and DX? Size?

Among other things. Gashapon Versions are also of lower Quality.

As far as Ex goes, they actually shouldn't get into normal retail, but one has to order them.

Any idea where I can buy the power rangers set keys from? (Singapore)