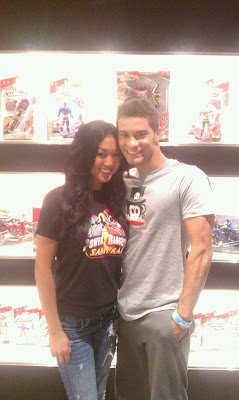 (Picture above of Erika Fong and Hector David Jr. from their Twitter account)
Check out a clip from "The Team Unites" where Mike fights Nyloc (spelling?):
http://www.nick.com/videos/clip/power-rangers-101-clip-4.html

I also received this press release:

MEET THE CAST DURING SPECIAL ADVANCE SCREENING OF

Hosted by Gage Golightly, Star Of Nickelodeon’s The Troop


WHAT: In honor of the prime-time premiere of Power Rangers Samurai on Nickelodeon, families and fans may enjoy a special screening and meet-and-greet with the cast of the all-new series. Combining comedy with action-filled storylines, the all-new half-hour series features a new cast of Rangers and never-before-seen villains, as well as high-octane action, martial arts and advanced special effects.

A fun-filled event for fans of all ages, the day will include: 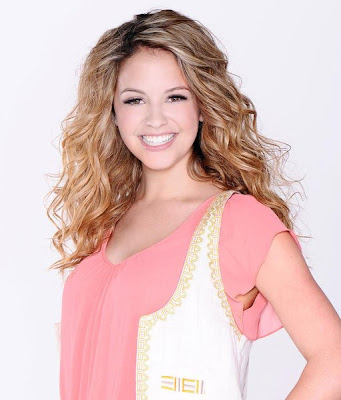